THE COMPLEX reconstruction of the slag heap at the ZSNP aluminium plant in Žiar nad Hronom in Central Slovakia, at a projected cost of over Sk1.6 billion, is the largest private sector project in Slovakia's history trying to eliminate an environmental burden from the past. 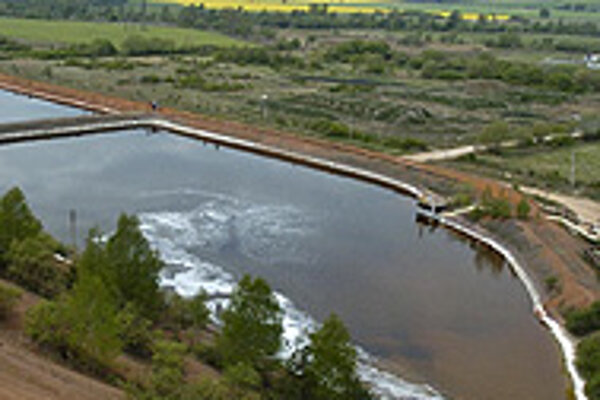 Font size:A-|A+0
THE COMPLEX reconstruction of the slag heap at the ZSNP aluminium plant in Žiar nad Hronom in Central Slovakia, at a projected cost of over Sk1.6 billion, is the largest private sector project in Slovakia's history trying to eliminate an environmental burden from the past.

The project is being financed mainly by the Penta Investments private equity group, the owner of ZSNP. The state is contributing approximately one percent of the projected costs.

"At the moment, work is continuing on the second phase of re-cultivation, which ZSNP plans to finish in 2011, the deadline for the completion of the overall project. Following the end of re-cultivation, the slag heap will be insulated against rainwater seepage, and new alkaline water will not be created. It will be made very stable, there will be no further rock falls or slides, and the appearance of Žiar Valley will be improved," said ZSNP's business director, Peter Gažúr.

The founding of the ZSNP factory in the 1950s brought not only prosperity but also environmental problems to the beautiful Žiar Valley. The nearby Horné Opatovce village had to be evacuated in the 1960s. The slag heap beside ZSNP is a relic of the manufacture of aluminium using outdated technology, and is a serious ecological problem. From 1957 to 1998, slag was dumped there from processing bauxite, forming a mound that is now three kilometres in circumference, 44 hectares in area, and 42-44 metres in height. It presents no immediate danger to the environment, except in the case that an exceedingly heavy rainfall caused leakage into the vicinity.

The company's attempts to eliminate this ecological debt in the past were not successful. However, a turning point came in 2002, with the privatization of ZSNP and the arrival of Penta Investments, which during the restructuring and stabilization of the Žiar factory paid greater attention to this environmental burden, even though these costs did not produce any profits.

The first stage of the project, costing Sk50 million, began in August 2006 and was finished in March 2007. Water was removed from slag heap II, while pipes were laid to carry water away, and a reservoir was built. Today, about 5.8 hectares of the most problematic area from the overall 44-hectare field has been covered.

According to a hydrological survey done in 2005, there were about 1.2 million cubic metres (m3) of water in the slag heap. Getting rid of this water was an essential but difficult pre-condition for the re-cultivation of the area. Since 2003 ZSNP has been cleaning the alkaline water, using other companies.

Between November 2003 and the end of April 2007, it processed over 520,000 m3 of water. New separation equipment installed last year for Sk39 million almost doubled the alkaline water processing capacity to 200,000 m3 a year. Further re-cultivation work is continuing in step with the process of cleaning the alkaline water.