A WEAK ECONOMY, unstable political situation and the so called "brain drain" were said to be the biggest obstacles stopping Slovakia from becoming a nearshoring haven in 2004 by Datamonitor, a UK based market research provider. 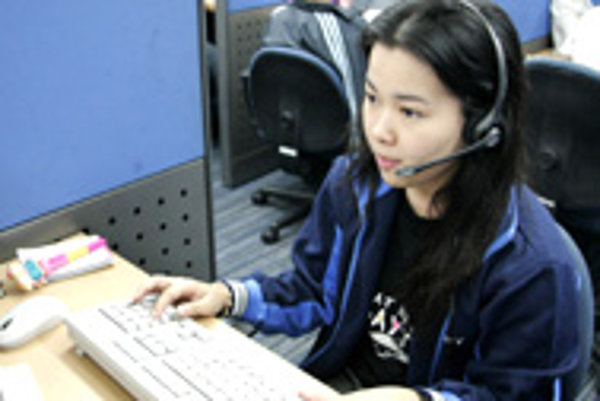 Font size:A-|A+
A WEAK ECONOMY, unstable political situation and the so called "brain drain" were said to be the biggest obstacles stopping Slovakia from becoming a nearshoring haven in 2004 by Datamonitor, a UK based market research provider.

However, in 2006, research company Gartner (an international information and technology research firm headquartered in the US) included Slovakia in the top ten European nearshoring locations.

Nearshoring is a type of outsourcing, similar to offshoring. While offshoring is commonly understood to mean delegating some non-core activities to service providers overseas, nearshoring is outsourcing these activities slightly closer to home, to firms in nearby countries with lower operating expenses. For example, a German company that might have chosen to offshore to India ten years ago might now choose the Czech Republic or Slovakia, which are not only closer geographically but culturally as well, experts say.

"If I want a huge English-language call-centre, or to design an aircraft engine using tens of thousands of man years, I will go to India," Stephen Bullas, manager of eCODE, a company that assesses outsourcing locations, told The Economist business journal. "But if I want a small controllable team of telesales people, or back-office workers with a cultural fit to the continental EU or Britain, then it can be much more appropriate to choose an Eastern European country."

The number of outsourced contact centre agents in Central and Eastern Europe will increase from 1,900 in 2004 to 6,400 by the year 2008, the Datamonitor report said. The IDC research company expects the global market for such services to hit $112.5 billion (€83.6 billion) in 2009.

Nearshoring opens up new possibilities for big IT companies, which are under pressure to reduce production costs. Experts agree that nearshoring can be a powerful weapon in fighting competition.

Slovakia to become a nearshoring hotspot

Nearshoring became a known expression in 1999 and 2000, said Juraj Sabaka, president of the IT Association of Slovakia. Companies like Aliatic, Accenture, Soitron/HP and T-Systems provide nearshoring services. However, Sabaka said it is difficult to name purely Slovak-owned firms on the list.

"Soitron, for example, has Slovak owners, but it serves the final customers in the name of Hewlett Packard," Sabaka told The Slovak Spectator. Slovak firm Aliatic was bought by Slovak Delta E.S., which in turn was purchased by the Israeli IT company Ness.

Slovakia yielded around 2.5 percent of its exports from IT and IT-related business services, a Deutsche Bank research from 2005 reported (compared to Poland with 2.5 percent, the Czech Republic with 2.1 percent and Hungary with 4.8 percent). The numbers indicate that Slovakia has not yet developed a distinctive specialisation in IT services exports, the study's author Thomas Meyer told The Slovak Spectator.

"I do not see a compelling reason why it should not have the potential though," he added.

Slovakia's key advantages are geographic and cultural proximity, language capabilities, and a well-educated workforce, Meyer said. Wages are typically higher than in traditional offshoring locations such as India, which suggests that Central and Eastern European countries have to operate in a higher position on the value chain, he added.

Sabaka could not confirm the amount of yielded IT export, as there have not been any official systematic studies done in Slovakia focussing on offshoring or nearshoring.

He said that potential drawbacks include an increase in the lack of qualified workforce, which then costs more and causes an increase in salaries and thus expenses.

"The education system doesn't supply enough qualified people to the information communication technologies field," he told The Slovak Spectator. He added that trainings and re-qualifications could improve the situation. Sabaka also said Slovakia still has room to improve in the foreign language field.

Continental European countries are the ones that are especially interested in nearshoring to Central and Eastern Europe, Meyer said. Sabaka said that Germany is the leader in nearshoring eastward, though he added that no official list exists.

American companies have also started to see the advantages of Central and Eastern European markets. The Slovak Tempest is a software developer for the American Cisco Systems network hardware company.

As to the image of Slovakia abroad, Meyer said the Slovak economy appears strong and stable to him. In his view, Slovakia is mainly regarded as a hub for high-tech manufacturing such as car assembly and suppliers.

"That's an asset as well as liability," he said. "An asset because there are already established business contacts which may be exploited and a liability because specialisation on IT services is not yet pronounced," he added. In his opinions, IT providers have to compete with manufacturers for the best talents.