MORE THAN three out of four medium-sized and large companies in Slovakia outsourced some of their services last year, trying to minimize costs and focus more on their core business, a recent survey has shown. 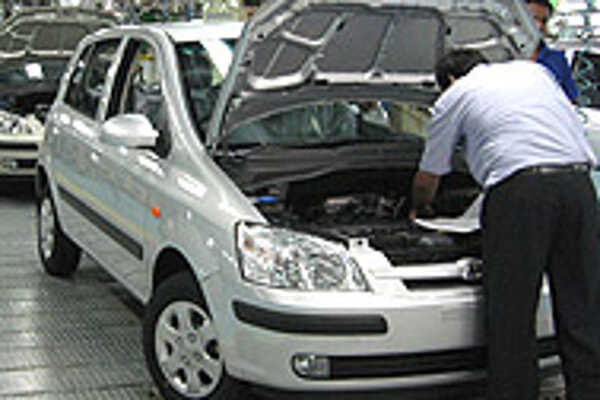 Font size:A-|A+0
MORE THAN three out of four medium-sized and large companies in Slovakia outsourced some of their services last year, trying to minimize costs and focus more on their core business, a recent survey has shown.

"Outsourcing as a strategy of using the services of a specialized external firm has been rapidly developing in Slovakia over the past decade," Tibor Šumský, senior consultant at The Edison Consulting Group, told The Slovak Spectator.

From the totally centralized and vertically integrated companies of the late '80s, there has been a gradual shift towards using external suppliers more and more, he added.

According to a survey carried out by the INFOWARE magazine in March, the most significant suppliers of outsourcing services in Slovakia are Hewlett-Packard, Siemens IT Solutions Services, IBM, Datalan, Soitron and Varias, followed by Accenture, Autocont, Gratex, K+K, Logica, Ness, Softip, Tempest and S&T.

Surveys have also shown that Slovak companies tend to outsource IT services, logistics, distribution activities and customer support services, while the firms providing these services in most cases remain permanent partners, Šumský said.

On the other hand, outsourcing in the sphere of human resources is considered a temporary solution in most Slovak companies since these companies gradually master the HR processes and take over the human resources themselves.

Šumský said the importance of finances and human resources has been growing because of the arrival of foreign investors in regions outside larger cities, where there is a lack of qualified labour for highly specialized jobs.

While the main advantage of outsourcing is the fact that the company reduces its operating costs and gains a more competitive edge, the strategy also has certain risks like the leaking of confidential information, growing dependency on an external supplier and the risk of losing control over the outsourced activity, outsourcing experts have said.

Šumský said there are currently two major outsourcing trends on the Slovak market. The first is the influx of "outsourcing centres" of international companies that are establishing subsidiaries in Slovakia. They mostly focus on IT and customer service call centres.

The second trend is foreign investors outsourcing services in remote regions where they are struggling to fill specific jobs due to a lack of qualified workforce.

Problems are met with especially when trying to find quality higher management and experienced experts in the area of finances, production, human resources and logistic activities, said Šumský. Outsourcing comes as a solution mainly in the early stages of the investment but it might impact the overall success of the projects, he added.

An overview of the outsourcing situation

Three quarters of INFOWARE's respondents used certain outsourcing services in 2006, the survey reported. Seven of the surveyed firms did not use outsourcing and two firms had not tried it so far but plan to use it in the near future. Most of the 39 participating firms were manufacturing companies, followed by financial institutions and trading companies, the survey said.

Ten of the firms said they plan to start using outsourcing services within the next year and six said they are planning to outsource within five or more years.

The survey showed that most companies are not trying to decide if, but rather when to start outsourcing. Many think there might be problems with the quality and reliability of outsourced services. They are willing to pay for quality services but want to be sure that they will be solving a problem and not just adding another, the survey said.

For the firms that said they were not interested in outsourcing, the most common reasons for this included the high price (24.3 percent), the possibility of information abuse (16.2 percent) and an insufficient reduction of costs (16.2 percent). Other reasons included worries about the insufficient quality of services (13.5 percent), the risk of an unsuccessful transition to a new model (10.8 percent), complicated logistics (7.7 percent), worries about losing a competitive advantage (5.1 percent) and worries about a reduction in overall efficiency (5.1 percent).

When choosing outsourcing services, firms that use them base their choice mostly on the quality of services offered (20 percent), the price (13.7 percent), reliability (13.7 percent) and the experience of the provider (11.4 percent).

Where are the outsourcing hotspots?

The unequivocal worldwide trend is to transfer bookkeeping, customer support and certain sales activities, mostly telemarketing, to external firms, with India being the world market leader in this area.

Slovakia, Hungary and Poland are also considered areas with a good outsourcing potential since they offer a cheap and educated work force.

"Budapest is starting to be branded as the new Bangalore," Šumský said.

Unlike Slovak companies, western firms tend to outsource services to suppliers in remote countries where labour costs are much lower, said Šumský. Companies in the developed world mainly outsource IT and bookkeeping tasks.

Outsourcing trends in Slovakia's neighbours, especially Hungary and Poland, are similar to Slovakia, Šumský said. The three countries' portfolio of outsourced services is almost identical, with IT services, human resources and administration at the top of the list.

Only a small percentage of Slovak firms use suppliers from distant countries, Šumský said. The suppliers tend to be either local or from surrounding countries.