Businesses in the dark over value of outsourcing

DESPITE the fact that outsourcing is now a widely accepted business practice, a recent survey from professional services organization KPMG International entitled Strategic Evolution: A global survey on sourcing today shows that 42 percent of outsourcing arrangements are not supported by a formal strategic measurement framework. 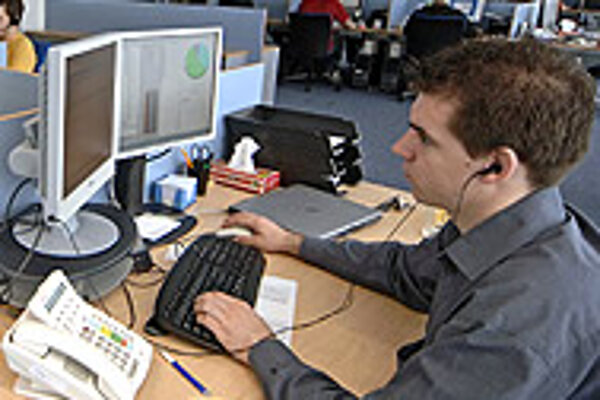 Font size:A-|A+0
DESPITE the fact that outsourcing is now a widely accepted business practice, a recent survey from professional services organization KPMG International entitled Strategic Evolution: A global survey on sourcing today shows that 42 percent of outsourcing arrangements are not supported by a formal strategic measurement framework.

The overall sentiment of the 659 companies surveyed is that many are generally happy with their arrangements, suggesting that the problems which they experience are mainly peripheral - or are simply glossed over.

On one hand, it is good to hear that businesses feel that their sourcing arrangements are working as it was all too easy in outsourcing's formative years to dismiss it as something that never properly delivered. On the other hand, businesses have to be able to substantiate the benefits that outsourcing delivers. Simply going on a gut feeling or anecdotal evidence is not enough.

Significant opportunities do exist for organizations to capitalize on the strategic value of outsourcing. This potential can be unlocked through more consistent measurements of contract provisions and other metrics regarding the relationship with the service provider. Sadly, the survey shows that far too many businesses do not appear to have these processes in place, leaving them floundering in the dark when trying to establish the real effect of outsourcing arrangements on their bottom line.

Other obvious concerns that emerged from the survey included the fact that 79 percent of companies did not accurately know the cost of selecting an outsourcing provider. Furthermore, when asked how long they took to complete the Request for Proposal part of the outsourcing process, 50 percent said they took longer than six months - the maximum amount of time recommended by professional services firms to complete this process. Finally, 60 percent of respondents said that problems with their outsourcing provider are almost always people related; something which could be explained by the fact that people and "cultural fit" were considered to be secondary issues - if considered at all - during the selection process.

Evidently, there are still issues with the way in which businesses select, implement and measure their outsourcing procedures. However, there are still plenty of signs in the survey that point to the maturing of the market. Eighty-nine percent of respondents expect to maintain or increase current sourcing levels while only 14 percent claim to have had a significant misalignment of financial and commercial expectations between provider and client. In addition, only 13 percent agreed with the sentiment, often expressed in the media, that "as many as half of all outsourcing deals fail".

The survey results suggest quite clearly that businesses were struggling to determine exactly what constituted success within their outsourcing arrangements. Many respondents said they believe sourcing improves their financial performance, shareholder value and competitiveness, yet a large percentage of sourcing relationships are not strategically monitored. There is an obvious paradox at play here. Businesses claim to be generally happy with the outsourcing they have in place, despite reeling off a list of issues that still affect it. On top of this, they do not all have processes in place to measure effectiveness and may not be sure what would constitute success anyway.

In the long term, this sort of intuitive response - where they just 'feel' that sourcing is working - may not be good enough. Sourcing is increasingly regarded as a key component of an effective business strategy but companies need to insist on seeing the tangible benefits to continue to justify what is often a large-scale investment. Outsourcing is working, but these survey results suggest a pressing need for a continuing evolution of current practices if outsourcing is to be universally accepted as an effective strategic business tool.