EnviroMin: Agreement with Brussels "not important"

THE ENVIRONMENT Ministry intends to defy a request from the European Commission that the removal of logs from protected natural areas in the High Tatras mountains be halted until the environmental impact can be assessed. 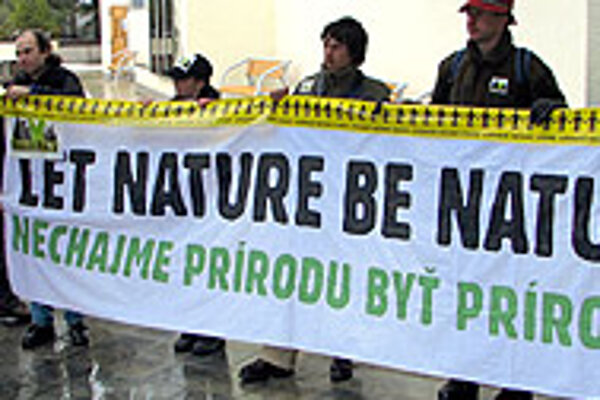 Font size:A-|A+  Comments disabled
THE ENVIRONMENT Ministry intends to defy a request from the European Commission that the removal of logs from protected natural areas in the High Tatras mountains be halted until the environmental impact can be assessed.

Foresters began extracting trees blown down in a 2004 windstorm from the sensitive Tichá and Kôprová valleys on April 11, but were forced to stop work on April 26 after the Environmental Inspectorate issued a restraining order to examine whether it was legal.

The European Commission sent a letter to the Environment Ministry in mid-May supporting the ban on tree removal, saying it feared that the EU directive on the protection of biotopes was being violated. However, the ministry said it would not be guided by input from Brussels.

"We will be guided by the decision of the Environmental Inspectorate, according to which we will decide whether to do something in Tichá [Valley] or not," said Deputy Environment Minister Jaroslav Jaduš. "For me it's not important that we reach an agreement with Brussels, but that we obey the law."

The inspectorate was to have issued a ruling by May 18, but then decided it needed more time to come to a verdict. Even if it decides the tree removal is legal, foresters will still have to prove that their activities will not disturb nesting birds and other wildlife.

State foresters have long claimed that the fallen logs, the last of the over 12,000 hectares of forests that were blown down three years ago, are a breeding ground for the bark beetles that infest the Tatras National Park.

Environmentalists, meanwhile, have said the mountains should be allowed to develop according to natural rather than human forces, and argue that bark beetles are as much a part of nature as the trees they destroy. They have also said the tree removal is disturbing other protected species in one of Slovakia's most valuable natural assets, the High Tatras mountains.

The park is also part of NATURA 2000, an ecological network set up within the EU in 1992 to protect the most seriously threatened habitats and species across Europe. However, Jaduš said he regarded the EC's letter "not as a professional but as a political" act.

The Slovak side has already expressed dissatisfaction with the fact that the contents of the letter were made public, and has asked for a meeting with Ladislav Mika, the head of the natural resources section of the European Commission.

Environmental groups, along with the ČTK news agency, claim that the inspectorate has already made its ruling, and that the publication of the decision is being held up by the Environment Ministry. A negative verdict would mean that the ministry was wrong to approve the tree removal in April.

Jaduš denied the claims, and said that he too was waiting impatiently to know the outcome.