Open-air music festivals on their way

The warm weather is a sign that the open-air festival season is here.
The seventh year of the Wilsonic electronic music festival will start the season with a bang, playing on five stages next to the Danube in Bratislava on June 8 and 9.
Headliners Swedish Koop with young Japanese singer Yukimi Nagano and French Nouvelle Vague will appear live with around 50 other acts on the Tyršovo Nábrežie embankment on the south bank of the Danube. 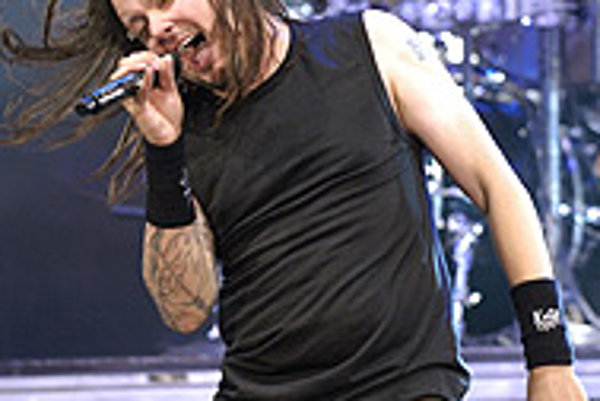 Font size:A-|A+0
The warm weather is a sign that the open-air festival season is here.

The seventh year of the Wilsonic electronic music festival will start the season with a bang, playing on five stages next to the Danube in Bratislava on June 8 and 9.

Headliners Swedish Koop with young Japanese singer Yukimi Nagano and French Nouvelle Vague will appear live with around 50 other acts on the Tyršovo Nábrežie embankment on the south bank of the Danube.

DJ quartet Birdy Nam Nam from Paris are world mixing champions but will be new on the Slovak scene, while British band The Heritage Orchestra will prove that dance music can also be played on classical instruments.

The Pohoda festival, owing its uniqueness in Slovakia to its rich and colourful programme, is traditionally held during the third weekend of July (July 20-21). Organizers have stuck to their tradition of not filling their list with only well-known stars, but bringing new blood into the mix.

Sweden will have a strong representation this year with an energetic group know as The Hives, the festival's biggest headliner, and the melodic Mando Diao. Air, known in the late '90s for hits like Sexy Boy and Kelly Watch The Stars will be coming from France. Nu-jazz magic trumpeter Erik Truffaz and famous Japanese keyboardist Hiromi, both known from the Bratislava Jazz Days, will perform also. Gospel choir The Blind Boys of Alabama, launched in 1939, will be a rarity of the festival.

Jana Kirschner, who has recently released a new album called Shine, will be the Slovak headliner. This will be her only festival appearance in Slovakia this year. Other Slovak performs include Ventil RG, predecessor of Janko Kuric's Vidiek, Para, Lavagance, hip-hop group Moja Reč and the temperamental Živé Kvety.

To complete the wide-ranging programme, the organizers invited the Slovak National Theatre (SND) orchestra to play as well.

"The SND Opera will open the programme at the main stage on Saturday midday with a selection of world-known arias," festival organizer Michal Kaščák told the TASR news wire.

The welcoming of the sun has become an inseparable part of the festival. As in previous years, legendary Slovak keyboardist Marián Varga will start each day with some of his compositions.

The Hodokvas festival has moved from Pezinok and it will take place at the Piešťany airport this year on July 4 and 5.

Earlier announced headliners like Placebo, Korn, Marky Ramone, NoMeansNo and DJ Kosheen have been joined by the British group Apollo 440 and the American metal group Machine Head. The Locos from Spain will play a combination of punk and ska.

Topfest, to be held in Nové Mesto nad Váhom on June 29 and 30, is also running some big names this year. Among them are the American punk horror group The Misfits and Napalm Death, a British hardcore group.

Folk and country music lovers can go to Kamenný Mlyn near Malacky on June 29 and 30 or the Lodenica festival in Piešťany, which runs from August 30 to September 1.

Open-air festivals are not only limited to modern music. After a one-year hiatus, the folk music and dance festival will return to Východná. Last year the village cancelled its 52nd year due to the unfinished amphitheatre but Východná mayor Pavel Krupa does not doubt that the festival will take place this year. The new premises should be finished by the end of May, one month before the festival is to take place from June 29 and July 1. The new amphitheatre, built on the premises of the former one, will have a capacity of 8,000.