CONFIDENTIAL records kept by the communist secret service (ŠtB) on Vladimír Mečiar and Jaroslav Svěchota have been reconstructed, 17 years after the originals disappeared. 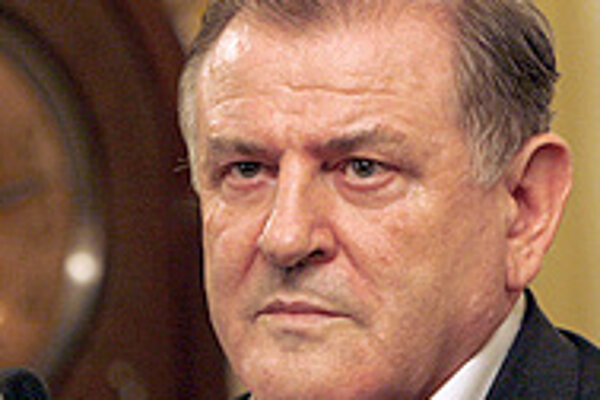 Font size:A-|A+
CONFIDENTIAL records kept by the communist secret service (ŠtB) on Vladimír Mečiar and Jaroslav Svěchota have been reconstructed, 17 years after the originals disappeared.

Under the leadership of its former head, Ján Langoš (who died in a car crash last June), the Nation's Memory Institute's (ÚPN) Department of Documentation started reconstructing many of files that had been either lost or destroyed in the early 1990s.

It had been feared that the documents had been irretrievably lost, but it has been discovered that copies of all ŠtB records had also been kept

The former head of the Department of Documentation, Miroslav Lehký, told The Slovak Spectator that the Department has succeeded in reconstructing the two pages that were torn from the ŠtB's file on Mečiar, who has served for a short time as Interior Minister, several terms as Prime Minister, and is currently the head of the ruling coalition Movement for a Democratic Slovakia. Mečiar was recorded in the ŠtB archives as a candidate for undercover collaboration under the code name 'The Doctor'.

The ÚPN has also successfully reconstructed the two pages torn from the ŠtB's file on Jaroslav Svěchota, who was vice-president of the Slovak Information Service (SIS) while it was being led by the controversial Ivan Lexa.

"We reconstructed the contents of the pages that were torn out because in Prague there is a register that is complete," said Lehký. "Thanks to the register, the number of pages, their sequence, and their contents are now all clear."

Lehký, who helped Langoš found the ÚPN, resigned from his post on June 1 as an act of protest against the direction being taken by the Institute's current leadership.

The fact that some pages were torn out from the ŠtB's files on Mečiar and Svěchota was first brought to light in a report published in April 1991 by the parliamentary Committee on Defence and Security.

There is not only one case of missing records connected to Mečiar.

The Committee on Defence and Security's report also stated that many ŠtB files were stolen from Tisova Vila, the ŠtB's regional headquarters in Trenčín, on Mečiar's orders. Mečiar was interior minister at the time.

According to the report, chief police inspector Leonard Čimo entered Tisova Vila some time after midnight on January 27, 1990.

Čimo entered the office of the head of the ŠtB, found keys to a metal cabinet, opened it and removed about 18 envelopes, in which documents about undercover ŠtB collaborators were kept. He handed the files over to his driver, Ján Rezník, who took them to the car. Then they both left with the files for Bratislava.

At approximately 07:00, they gave them to Mečiar at the Interior Ministry's building on Partizánska Street. Both Rezník and Čimo confirmed the story to the Committee on Defence and Security in 1991. The files have been missing since the events took place.

Mečiar admitted on February 19, 1992, that he had sent people over to remove documents from Tisova Vila, but he said that his reason for doing this was to protect them.

"I received news that night that in Tisova Vila, which was the headquarters of ŠtB in Trenčín, strangers were on the premises and files were being disposed of," said Mečiar. "This happened at a time when it was necessary to secure all [our] buildings, so that nobody could come in. I immediately sent an inspection there from the Interior Ministry, that is, my own inspection, to find out who was there, what had happened and to prevent the further disposal of the documents and restore order."

Investigation into the theft of documents called off

The theft of the documents from Tisova Vila was investigated by police after the Committee on Defence and Security's report, but was later halted when the investigators announced that it was impossible to find the thief.

Lehký said that the Department of Documentation can reconstruct these lost files with the help of other documents that are copies or which refer to the missing documents. ÚPN staff has been working on it for several years, but they still have not finished.

Lehký said that the documentation and reconstruction of the destroyed files has to be done as soon as possible, otherwise we will not be successful in searching for the truth about oppressive forces of the former totalitarian systems in Slovakia.

"Documenting the activities of [Slovakia's] oppressive regimes is the ÚPN's most important role," said Lehký. "We should not lose a minute, as time is against us. Witnesses leave, offenders leave. And we, in the ÚPN, do not even know exactly what we have in this vast volume of documents that we have already gotten or will get in the future."