NEW REPORTS published in Prague say that two former government ministers of the first post-revolution govern-ment cooperated with the military counter-intelligence, which was a part of the communist Secret Service (Štátna Bezpečnosť, or ŠtB). 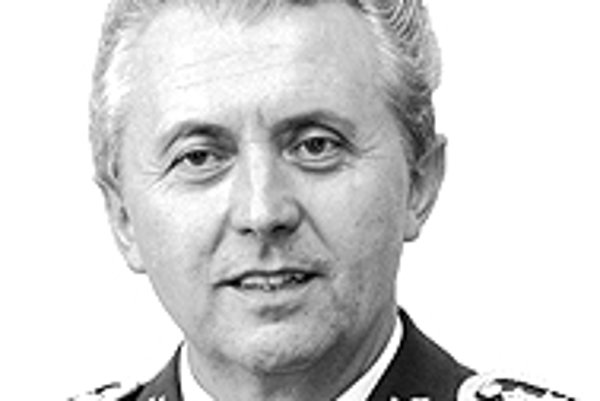 Font size:A-|A+0
NEW REPORTS published in Prague say that two former government ministers of the first post-revolution govern-ment cooperated with the military counter-intelligence, which was a part of the communist Secret Service (Štátna Bezpečnosť, or ŠtB).

The ministers in question were Miroslav Vacek, who was defence minister from December 1989 to May 1990, and Richard Sacher, who was interior minister during the same period.

"We are sure that these people are registered with us, or were registered, as undercover collaborators," Ladislav Šticha, spokesman of the Military Intelligence department, told the public Czech Television channel (ČT) on May 30. "In the case of Richard Sacher, (he was registered) under the code name Filip, in the case of Miroslav Vacek, under the code

In 2003, almost 200 sacks were found in the Military Intelligence offices in Prague containing files related to military intelligence, personal files, minutes from meetings, and other information. In recent months, these documents have been examined and analyzed in detail.

Among the files found in the sacks were documents in which both former ministers committed themselves to collaborate with the military counter-intelligence. However, details from these files have not been published yet.

"They purveyed information," Milan Macák, a researcher with the Czech Military Intelligence, told Czech television. "I do not want to be more specific."

The examination of the sacks should be completed by August.

As records from the whole of Czechoslovakia were kept in Prague, it is possible that the sacks also contain materials concerning Slovak citizens who worked for the Czechoslovak military counter-intelligence.

Vacek responded to the reports at a press conference.

"I am touched that someone would consider me to be a mere collaborator," he said. "In my position, I led the military counter-intelligence!

"If they insist that I was registered as a collaborator of the military counter-intelligence, it would be like accusing the Pope today of having ministered as a youth."

Sacher, the former interior minister, completely denied any collaboration with the ŠtB.

"All lustration certificates testify, even the findings of the Commission of the Seventeenth of November, that I did not (collaborate)," he told ČT.

Lustration is the practice by which former communists or those who collaborated with the secret police were excluded from holding public office.

"I worked with the military counter-intelligence, however I did not know that it was a part of the ŠtB," Sacher said.

Jan Sýkora, the security director of the Czech Military Intelligence, said there is a reason why lustration certificates said neither Sacher nor Vacek collaborated with the ŠtB.

"After 1990, former servicemen of the military counter-intelligence succeeded perfectly in infiltrating the emerging Military Defence Intelligence and in protecting a large number of their people from the lustrations and security checks," he said.

ČT also reported on May 30 that the first director of the post-revolution military counter-intelligence unit, Josef Červášek, allegedly played a key role by falsifying the documents. Under his leadership, out of more than 900 counter-intelligence agents who served under the communist army, 221 of them worked in military intelligence by 2003. And it was they who later falsified 6,000 entries in the lustration certificates.

"It was enough to change one single letter in the name, one figure in the date of birth, and the person could not be lustrated," Šticha said.