THE ONCE prosperous central Slovak town of Dubnica nad Váhom, whose residents enjoyed above-standard salaries under socialism thanks to the area's arms industry, now has a hope of recovering from its current economic depression. 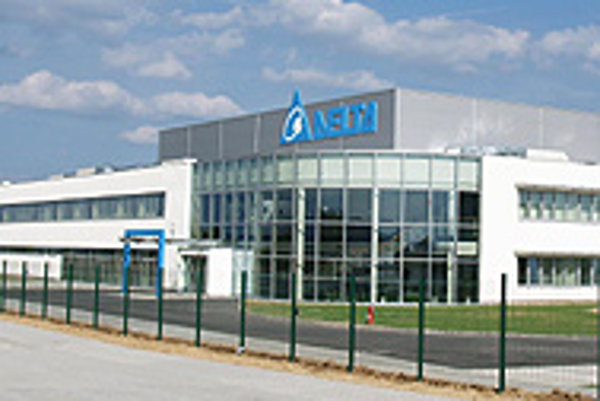 Font size:A-|A+0
THE ONCE prosperous central Slovak town of Dubnica nad Váhom, whose residents enjoyed above-standard salaries under socialism thanks to the area's arms industry, now has a hope of recovering from its current economic depression.

A growing industrial zone between the towns of Dubnica nad Váhom and its residential satellite Nová Dubnica in the Žilina Region has been drawing industrial investors.

The zone was offered to Kia as a location for its new plant three years ago. Even though the auto manufacturer turned it down and settled in Žilina instead, Dubnica nad Váhom has been making sure its land does not go to waste.

"Dubnica has gotten a good reputation, so the investors are pouring in," Dubnica nad Váhom's deputy mayor Jaroslav Šlesar told The Slovak Spectator. Šlesar said that the town is often recommended by the Slovak Agency for Investments and Trade Development.

Delta Electronics and Visteon Slovakia have both settled in the zone, SEMKO SK and IPEC Real plan to move into the zone soon, and other investors have also shown interest.

The US company Visteon produces components for air conditioners in Dubnica nad Váhom. The plant will reach its full production capacity of 300,000 components per year by 2010 and the company is even considering further expansion.

The Taiwanese Delta Electronics has recently finished building a large production hall. Production there has already started and the plant should reach its full production capacity within the next six months.

Delta is also producing solar inverters that transform electricity generated by solar panels into a current that can be fed back into the main grid or used immediately for household purposes, Heri added.

Delta's president Bruce Cheng said in early May that the new company will become Delta's Eastern European headquarters, enabling them to offer better customer service and support the firm's further development in the region.

The company, which currently employs 550 people and plans to create an additional 250 jobs, has invested $20 million into the project, said Heri.

"We have applied and been approved for state aid," Heri said, adding that the company should receive Sk180 million in tax breaks, depending on the total investment and employment.

Even though its northern neighbour has been enjoying considerable industrial development, Nová Dubnica, which was established as a residential satellite of Dubnica nad Váhom in 1950s, is still without an investor.

"Investors have been inquiring about the land but we still need to prepare for their arrival," said Nová Dubnica's Mayor Jan Šušaník. "We are working on an urban study so that we can plan the industrial zone."

"We want [the town] to remain a good place to live in and our strategy will be based on this," Šušaník said.

Both Nová Dubnica and Dubnica nad Váhom are towns with a strong tradition of mechanical and electrical engineering production and offer advantages for investors. They both have easy access to highways and are strategically located with the auto manufacturing centres of Trnava and Žilina both less than 100 kilometres away and the Czech border only a few kilometres away.

However, the lack of qualified labour in the region presents a problem.

Over 16,000 employees in the area used to work in the arms industry, but after the factories were closed down only one third remained. Many of the others were part of a mass exodus of to the Czech Republic and later to England and Ireland.

The town has been trying to invest into bringing people who had left the region back home again.

"The best specialists left first and now there is a possibility of getting them back," said Šlesar.