400,000 tonnes of illegal waste from Austria was to have ended up in Slovakia

Slovak customs officers have caught illegal dumpers in the act of emptying two truckloads of trash from Austria at a quarry near the western Slovak town of Dubnica nad Váhom. 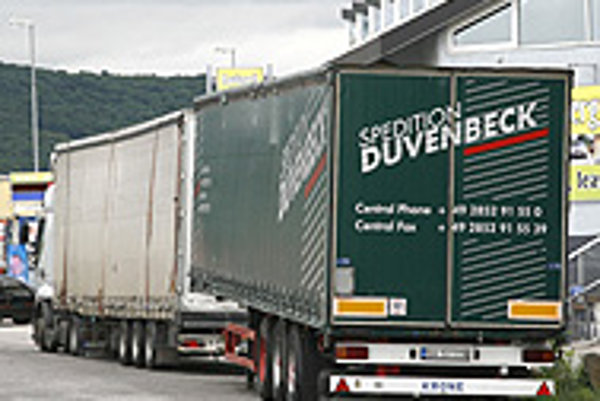 Font size:A-|A+
Slovak customs officers have caught illegal dumpers in the act of emptying two truckloads of trash from Austria at a quarry near the western Slovak town of Dubnica nad Váhom.

On the evening of May 25, customs officers noticed some suspicious activity near the abandoned quarry. They investigated and found two trucks full of waste which included old shoes, used syringes, empty medication bottles, hospital waste, plastic bottles, glass and other material. The truck drivers' documents claimed that the cargo was recyclable paper and the people who were waiting to unload the trucks disappeared before the customs officers arrived.

The drivers said that they had not been aware that they were carrying illegal cargo.

"We collected it from a normal company, not at a dump," one of the drivers said.

Vladimír Radúch of the Environment Ministry's Waste Management Department agreed that the shippers were not to blame.

"The carrier bears no responsibility for the transported goods in this case," said Radúch.

Each truck was carrying around 20 tonnes of trash and this was to be only the beginning.

"There was a further 400,000 tonnes of trash in Austria that was ready to be illegally transported to Slovakia," said Viktor Plézl of the Slovak Police Corps.

The police have started legal action against Richtl, the company that ordered the waste to be delivered to Slovakia, but the proceedings might be difficult as the Žilina-based firm is nowhere to be found at their reported address.

According to the SITA news wire, this is the third time customs officers have found illegal waste being imported into Slovakia.

One man's trash is another's treasure

"[Importing trash illegally] is a very lucrative business as dumping such waste in Austria or in Western Europe is much more expensive than in Slovakia," Bohumil Síleš of the Slovak Environmental Inspectorate told the STV2 news channel.

Even though illegal waste importers can turn out high profits, if they get caught the penalties can also be high.

"There is a penalty of up to Sk5 million (€147,200) for importing illegal waste into the Slovak Republic," Environment Ministry spokesman Peter Višváder told STV2.

According to Radúch, the Environment Ministry want to strengthen legislation and penalties for the illegal transport of waste into Slovakia.

Slovakia's customs service does what it can to stop illegal imports, but at the moment they can not be sure to catch every offender.

"The customs service only carries out regular checks on EU borders, which means only on our Ukrainian border," said Andrea Zemanová, spokeswoman of the Customs Directorate of the Slovak Republic.

Zemanová said that despite this, customs officers still carry out spot checks throughout the whole of the Slovak Republic.

"[Customs officers] are entitled to detain people and shipments and check to see whether they are transporting goods that might have escaped customs supervision," Zemanová said.

News of the customs officers' find came literally hours after the finish of a meeting of the Environment Ministers of the Visegrad Four Group, made up of the Czech Republic, Slovakia, Poland and Hungary.

The issue of illegal waste was discussed at the meeting and the ministers agreed to fight the problem through EU legislation and to keep each other informed on the development of the situation in their respective countries.