AS THE Slovak Cabinet on May 30 approved the National Border Protection Plan, the government's new guidelines for regulating the Slovak-Ukranian border, Slovak Prime Minister Robert Fico took the occasion to emphasize his country's readiness for accession to the Schengen Zone, calling for "co-equality with other countries of the European Union". 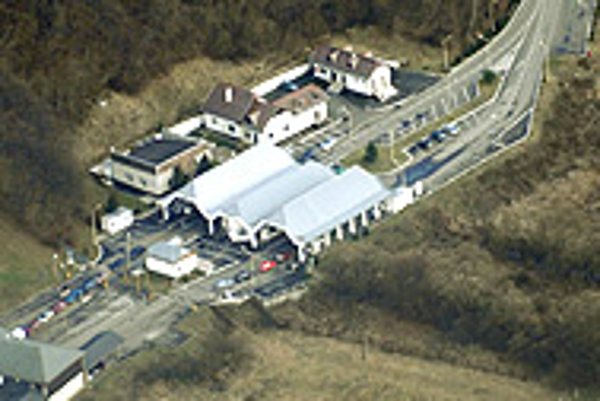 Font size:A-|A+0
AS THE Slovak Cabinet on May 30 approved the National Border Protection Plan, the government's new guidelines for regulating the Slovak-Ukranian border, Slovak Prime Minister Robert Fico took the occasion to emphasize his country's readiness for accession to the Schengen Zone, calling for "co-equality with other countries of the European Union".

"On one hand, we parade as an EU-member country, but then our citizens cross borders with Austria, for instance, and are frisked as if they were from the bottommost Eastern European country," said Fico after a government session held in the eastern Slovak town of Sobrance. "That's why Schengen will represent further proof for Slovaks that we are members of an organization in which there is equality among people."

Securing Slovakia's 98-kilometre border with Ukraine is one of the last requirements the Fico government must oversee before Slovakia can qualify for full accession rights to the Schengen Zone, which will guarantee Slovaks the right to unfettered passage from Košice in the east to the French-English border in the west. So far, the country is faring well in its preparations.

"By adopting the National Strategic Plan for the protection of the state border, there are now 21 points out of a total 189 points left to fulfil," Fico said.

Interior Minister Róbert Kaliňák agreed, saying Slovakia has made "huge progress on the main points and ... already fulfilled the most important ones, including the construction of a new border checkpoint [and] providing border police with a new building in Sobrance".

But certain details about the conditions in and surrounding the Sobrance border region pose a challenge to the adjustments that will have to be made over the next few months. First of all, the area suffers from a lack of infrastructure, and concerns have arisen about the possible environmental impact on the nearby Zemplínska Šírava artificial lake.

"I believe the government will approve several measures that will move this area forward," Štefan Staško, mayor of Sobrance, said. "But when an area has been neglected for 15 to 20 years, it is difficult to expect any miracles."

Fico also expressed his own concerns about the impact on trade and finances the new border preparations could have.

"According to representatives of this area, very strict measures at the border could cause certain difficulties," he said. "We aren't interested in having a border ... that would cut cross-border development typical for neighbouring countries, espe-cially in the case of a country as big as Ukraine."

But in the end, any disruption of trade seemed unlikely, considering that just the day before, on May 29, Slovak Economy Minister Ľubomír Jahnátek and his Ukranian counterpart, Anatoliy Kinkh, had met in Kiev, and agreed upon a range of areas in which Ukraine and Slovakia could expand cooperation.

"Slovakia, as well as Ukraine, considers the energy industry, transportation, engineering, tourism, metallurgy, the chemical industry, agriculture, the banking sector and science to be the most attractive fields for cooperation," Jahnátek said after the meeting.

Nonetheless, the new border plan with Ukraine and accession to Schengen will certainly have financial repercussions for Slovak taxpayers. According to estimates, the Ukraine border plan from 2008-2010 will run up costs of about Sk852 million (€25 million), including an additional Sk220 million (€6.5 million) for the reconstruction of facilities for Slovak customs officers. Meanwhile, the protection of EU internal borders (Slovak-Czech, Slovak-Austrian, Slovak-Hungarian, and Slovak-Polish) will cost Sk3.8 million (€10.4 million).