FOR SLOVAK music fans, summer officially begins with the first beats of the Wilsonic Festival, which runs June 8-9 this year.
Wilsonic is the first of Slovakia's annual summer music festivals - Hodokvas and Pohoda, both in July, round out the top three - and usually the most experimental. 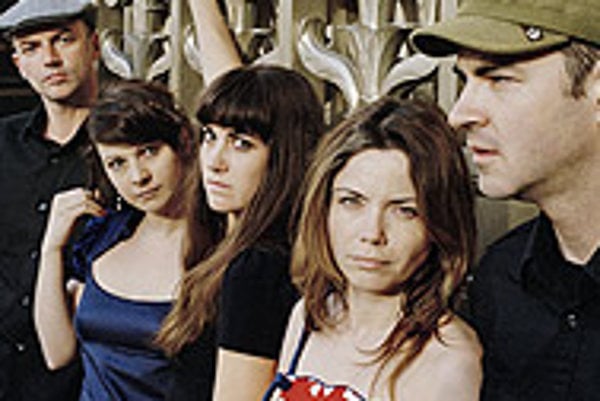 Font size:A-|A+
FOR SLOVAK music fans, summer officially begins with the first beats of the Wilsonic Festival, which runs June 8-9 this year.

Wilsonic is the first of Slovakia's annual summer music festivals - Hodokvas and Pohoda, both in July, round out the top three - and usually the most experimental.

This year is no different. More than 50 international electronic music groups, dance music acts, and DJs are expected to hit five stages at Bratislava's Tyršovo Embankment over the weekend, delivering on the festival's promise to be a club, party, and concert for up-and-coming Central and Eastern European music groups, rolled into one.

Among the headliners is Koop, a Swedish duo that's been enchanting fans around the world with its style of nu jazz - classic jazz and bossanova mixed with sampled electronic orchestration. Along with sweet, effortless vocals by guest singers, like young Japanese chanteuse Yukimi Nagano, Koop puzzles thousands of small clips together to create drum, string, horn, and choral accompaniment.

"Koop combines a wealth of summery melodies and floating vocals with the acid jazz of Gilles Peterson and the laid-back trip-hop aesthetic of Jazzanova and Peter Kruder," one reviewer wrote about the group's sophomore album, Waltz for Koop. "Good-natured and accessible without being trendy, Waltz puts a lot of other 'chill' collections to shame."

"We have never been to Slovakia or the Wilsonic festival before, so we have no idea what to expect," Koop told The Slovak Spectator. "We are always excited to play live these days, since our live-set has turned out to be very good at the moment. We will be seven people on stage, performing songs from our two latest albums, Waltz for Koop and Koop Islands. We are going to make people dance to pure jazz music."

Another headliner is French band Nouvelle Vague. A so-called "music collective", the group consists of musicians/producers Marc Collin and Olivier Libaux and various vocalists, who sing post-punk hits set to Brazilian rhythms. The band's concept was formed on the basis of a pun: new wave (the post-punk style of songs the group covers) is the literal translation of the Brazilian music term "bossanova".

"Nouvelle Vague might occasionally resemble an upscale wedding band, covering Teenage Kicks for tipsy former-punks with fading tattoos and thickening waists, but their intentions are always sincere," The Guardian wrote about the group in 2005. "When the two vocalists stand back to back like Eurovision entrants, spinning New Order's Bizarre Love Triangle into an ecstatic cycle of harmonies, it's a guilelessly beautiful moment."

"I was in the Old Town in Bratislava this winter and it was beautiful," Nouvelles Vagues told the Spectator. "I don't have any idea about the people who are listening to our music there, but I guess there are quite the same as everywhere. Our live show is more dynamic than the records, with some cabaret acts, etc. I hope you will enjoy it."

Another act creating interest is the Heritage Orchestra, a 45-member symphony orchestra from England that uses jazz soloists and a powerful rhythm section to mix classical and modern styles. It will perform with the Slovak National Radio Orchestra. The orchestra was founded by two conservatory classmates, one of whom had become disillusioned by his professors' accusations he was ignoring his "heritage." He started the ensemble to represent his own postmodern heritage, and that of its musicians.

"The Heritage Orchestra is on a mission to 'revitalise the old, represent the new, and capture the future,'" reviewer Chris May writes. "And these players are having some serious fun while they go about it."