THE HIGH TATRAS National Park (TANAP) alone needs Sk600 million (€17.5 million) for preservation and protection, which leaves limited funds for Slovakia's eight other national parks.
Therefore, the Environment Ministry has said in recent weeks that it is considering decreasing the country's number of national parks. 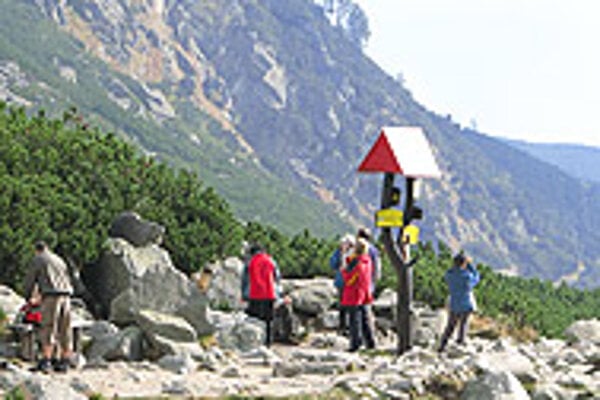 Therefore, the Environment Ministry has said in recent weeks that it is considering decreasing the country's number of national parks.

Because the state lacks the funds to preserve and protect its national parks, Veľká Fatra, Muránska Planina and Slovenský Kras, all popular tourist resorts, could lose their current protected status, the ministry said.

The high cost of caring for the parks is related to the greater environmental protection they enjoy compared to other protected landscapes and sites.

National parks currently cover 12 percent of Slovakia's territory. When added to other protected landscapes, the amount of protected land in Slovakia comes to 23 percent. Pressures to reduce that amount have existed since the tenure of former Environment Minister László Miklós, who refused to open the areas to development.

"It's not my idea that we need to protect 23 percent of our territory," Miklós said. "We're preserving the types of areas and species protected under European and world lists."

The directors of the protected national parks have confirmed receiving official requests to re-evaluate and re-define which areas meet the criteria for protection.

"It is difficult to suggest that anything be dropped, as the most valuable areas are around the perimeter of the karst plateau," said Marcel Uhrín, head of the Muránska Planina National Park. Only the areas around the nearby villages could be exempted, he added.

Ján Kilík, the director of Slovenský Kras, was surprised his park could lose its status as a national park.

"It's not something I expected because this is the biggest area of karst plateau in Slovakia," he said. "There is no other park like this in the country."

Environmentalists defending the Veľká Fatra National Park, which is home to some of the country's oldest growths, are outraged by the proposal, suggesting it contradicts the trend taking place in the rest of the developing world.

They are also currently locked in a struggle to stop the Environment Ministry from issuing new zoning plans that could open parts of the High Tatras to development.

According to the Environment Ministry, the new zoning plans will be used to determine which parts of TANAP will remain untouched. It will also use the plans to evaluate whether the status of other protected areas should be re-defined.

Environment Minister Jaroslav Izák says that before the areas are re-defined, the ministry would re-evaluate the state of parks, and "if the area has degraded or no longer meets the standard of a national park, we will downgrade it to a protected landscape."

The Environment Ministry expects strong pressure from investors, who see new business opportunities in opening up national parks, but argues that some of the areas were wrongly designated as national parks from the very beginning, and that there is not enough money to protect such a vast amount of territory anyway.

The process of re-defining the land will involve negotiations with the owners of the parcels now within the protected areas, who are compensated by the state for being barred from cultivating or otherwise using their land. From 1996-2006, the owners received more than Sk1 billion (€30 million) in compensation.

The Act on Environmental Protection, however, makes it possible for the state to buy the land or exchange it for other land slots, though that provision has not been used yet. The ministry wants to amend the legislation to make it possible to lease the land from the owners, or to sign a "contractual protection" in which the owner would perform all the necessary services, from guarding the forest to extracting trees.

"We hope the possibility of bartering the land and contractual protection will appeal to the owners," said Stanislav Klaučo, who heads the ministry's Environmental Department.

But if the proposed zoning plan for TANAP falls through, the state would need to include at least Sk600 million for the owners in next year's budget, Minister Izák said.

Juraj Vanko, the Chairman of the Union of Regional Associations of Private Forest Owners, says that until the owners are guaranteed the state will pay for their land, they will refuse to support the new TANAP zoning plan.

Minister Izák believes the government will approve the zoning plan by the end of the year.