THE PRESIDENT of the Supreme Court Senate has produced a written verdict on one of Slovakia's most closely watched murder cases, five months after the original deadline. 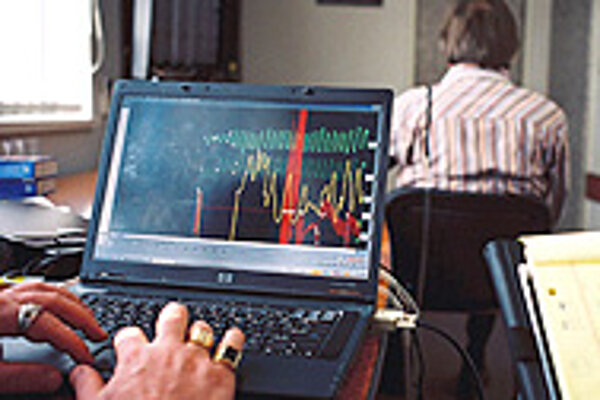 Font size:A-|A+
THE PRESIDENT of the Supreme Court Senate has produced a written verdict on one of Slovakia's most closely watched murder cases, five months after the original deadline.

The President of the Senate, Štefan Michálik, was originally required to produce a written verdict on the case of the murder of 19-year-old medical student Ľudmila Cervanová by January 5, within the one-month period after the judgement as demanded by Slovak law.

The court claims that the written verdict is now ready.

"I can confirm that the verdict has now been written," court spokesperson Eva Rupcová told The Slovak Spectator.

Since delivering the spoken verdict on December 4, 2006, Michálik has requested five times that Chief Justice of the Supreme Court Milan Karabín extend the deadline, arguing that the case is far too complex, since Cervanová was murdered almost thirty-one years ago on July 9, 1976.

The written form of the verdict is crucial because its absence has prevented the Trnava District Court from acting. The senate of the Trnava court had to interrupt a sitting on the request of one of the convicts, Milan Andrášik, who had requested parole due to the lack of the written verdict.

"We will send the verdict this week along with the file to the Regional Court in Bratislava, which will deliver the document to whomever requests it," Rupcová said.

The Supreme Court Senate toughened the sentences for Milan Andrášik and Miloš Kocúr, sentenced for the murder of the student, from 13 to 15 years in prison. They both already spent nine and half years in prison under the communist regime. They resumed their prison sentences last December 19.

Andrášik's defense lawyer, Milan Kanás, refused to comment on the time it took the Supreme Court to produce the written verdict.

"I will be able to comment on it when we get the verdict and see what is in it," Kanás told The Slovak Spectator.

"We just wanted the President of the Senate to carry out his legal duty and write the verdict within the time determined by law, which is one month," Andrášiková said. "He didn't do it. I'm a teacher and I have to write my school reports in time. Doesn't a judge have to respect the law? My brother is innocent and he was put in jail in December without any written document, only on an oral decision. This is like in some developing country. We call ourselves a democracy?"

A lawyer who asked to remain anonymous told The Slovak Spectator that "it really seems that the judge did not know how to justify his decision".

The convicted men have been waiting for the written verdict so that they can appeal it. They said they are convinced that the senate of the Supreme Court failed to decide the case legally. They are determined to turn to the Constitutional Court or to the European Court for Human Rights but they cannot do so without the written verdict.

On December 4, 2006, the Supreme Court Senate found six men from Nitra guilty of a murder committed on July 9, 1976. The court refused to deal with evidence produced by the police during the early stages of the investigation in 1976, which were hidden until last year in police archives in Levoča. The police produced 8,000 pages of evidence during the first two years of the investigation.

When delivering the sentence last year, Michálik discarded the complaints of their defence lawyers that they were tortured mentally and physically in the prison in order to make them confess.

"Pre-trial custody is not a holiday in a hotel room with free board," he said.

He added that he was convinced they were guilty. He even noted: "It is a good thing for the accused that Slovakia no longer has the death penalty."

Four of the convicts, who were not sent back to prison as they had already served their sentence in the 1980's, underwent a lie-detector test.

US polygraph expert Patrick Coffey, who has trained Slovak Intelligence Service and National Security Office agents in the use of lie-detectors, tested the four men and said the test ruled out any chance these men were involved in the murder.

"For me as a professional, it is absolutely clear that they were not witnesses to any crime," he told the Týždeň weekly. The other two men, who were in prison, could not undergo the test, as they had been forbidden to do so by the director of prison in Leopoldov, where they are serving their sentence.