Veteška: Unsuccessful candidates normally leave the HZDS, but I will stay

VILIAM Veteška has often been dubbed the 'second most popular man' in the ruling coalition's Movement for a Democratic Slovakia (HZDS). However, according to Veteška, there is no such thing as a 'second man' in the HZDS. 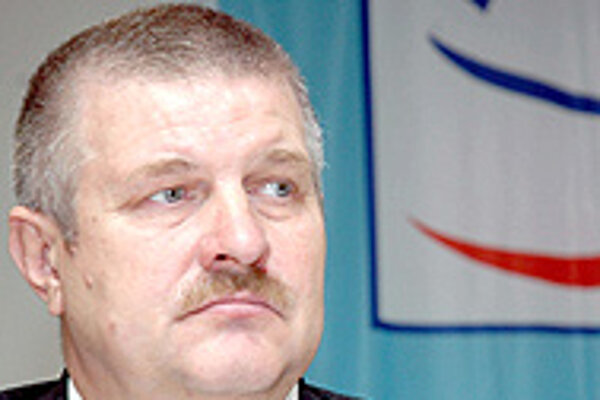 Font size:A-|A+
VILIAM Veteška has often been dubbed the 'second most popular man' in the ruling coalition's Movement for a Democratic Slovakia (HZDS). However, according to Veteška, there is no such thing as a 'second man' in the HZDS.

At the party's congress this month, he is challenging incumbent Vladimír Mečiar, who has been the party's one and only chairman since its birth. Political analysts say Veteška's chances of winning are rather feeble. Veteška says that he will continue to work for the benefit of the party regardless of the results.

During the communist regime, Veteška worked as the deputy financial director of the CMK, a state-run travel agency for youth, and later became its deputy director. In 1991 he established Wili, a joint stock company that dealt in tourism and transportation. This was the company that, in the first half of the 90s, had the full power to represent the Russian JAK company and was also involved in the controversial settlement of Russia's debt with Slovakia. Veteška also served as the chairman of the board of directors of Slovakia's now bankrupt Slovenské Aerolínie airlines. During part of the Mikuláš Dzurinda government's term in power he served as deputy speaker of the Slovak Parliament representing the HZDS. After the last parliamentary election he took the post again.

The Slovak Spectator (TSS): What do you think the results of the vote on the HZDS' next chairman will be?

Viliam Veteška (VV): Everything will be decided by the delegates at the congress. However, recent developments suggest that the delegates will give more support to the incumbent chairman Mečiar. This is the reality of things. On the other hand, there are some hesitant delegates as well, which might make the results less sure.

TSS: Why did you decide to run for chairman?

VV: I have answered this question several times. It happened that, for the first time, party members in district congresses proposed having a different candidate, which I consider to be completely legitimate. It would be obtuse not to respond to the opinion of HZDS members and turn a deaf ear to them. After all, this is happening within the bounds of the party's internal debate, which, if led wisely enough, could be very useful for the HZDS.

TSS: You have been called the 'second man' in the HZDS and one of Mečiar's close allies. Why did you decide to run against him? Was this decision a result of some conflict between the two of you?

VV: There is no such thing as 'second man' within the HZDS. Maybe my political results suggested that I enjoyed some natural authority among the public and party members, but quite frankly, there hasn't been anyone labelled the 'second man' in the HZDS for a long time. It was only informal speculation about a man who has demonstrated a lot of initiative and enjoyed both public and internal support. There has been no conflict between Mr. Mečiar and myself and I believe that it will remain this way in the future.

TSS: Political scientists agree that you will fail and that Mečiar might gradually force you out of the party. Are you concerned about this?

VV: The speculations of political scientists are their personal opinions and some might hold some truth. As far as my being forced out of the HZDS is concerned, I can openly say that neither will I quit nor will I allow anyone to push me out. My activities clearly show that the HZDS is becoming more and more acceptable and has been gaining full support in many regions thanks to my work.

TSS: Milan Urbáni was quoted in the Pravda daily saying that you do not have the potential to boost support for the HZDS and that only Vladimír Mečiar has such potential. He also said that by running for the top post, you are only serving your personal ambitions. What is your reaction to that?

VV: Mr. Urbáni himself does not have potential, if I am to comment on his opinion. As far as boosting the party's popularity is concerned, it always has to be the result of teamwork within a political party and is a completely different political agenda. The future will show if there will be a real increase in voter support.

As for my personal ambitions, I am sorry that people still say such things. Many have no clue whatsoever about my personal ambitions. I do have things to show when it comes to my life's achievements. I am proud of having excellent relations with the public and great connections in the business environment. I have been accepted across the whole political spectrum here. However, it has nothing to do with my political ambitions.

TSS: Vladimír Mečiar claims that you have bought votes in the Trnava Region. Is this true?

VV: I have already responded to such claims by stating that they are lies. I have learned from my older colleagues that there are various methods used in politics. I have been rejecting [these accusations] from the very beginning. After all, no one has confirmed or will ever confirm that I or any of my friends have done such things.

TSS: How will your political life look after the HZDS congress?

VV: As I have already said, I will respect the democratic results of the elections. I will remain a member of the HZDS and I do not understand why it has become a practice in Slovakia that unsuccessful candidates leave for other parties or establish their own parties. As far as I am concerned, I will stay in the HZDS and I will work in a position that will be politically useful for the HZDS.