EMPLOYERS in Slovakia are now having trouble finding employees at home and they have started looking abroad, especially towards Ukraine and Romania.
Slovakia has begun to feel the pressure from a lack of workforce and is now employing more foreigners than ever before. 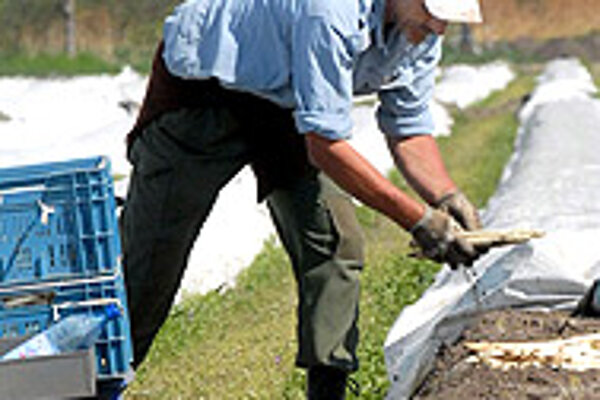 Font size:A-|A+0
EMPLOYERS in Slovakia are now having trouble finding employees at home and they have started looking abroad, especially towards Ukraine and Romania.

Slovakia has begun to feel the pressure from a lack of workforce and is now employing more foreigners than ever before.

"Employers are showing a lot of interest in recruiting abroad," said Zuzana Sittová of the Centre for Labour, Social Affairs and Family. Ukrainians, Romanians, Bulgarians and Serbs have started to become a considerable force on the Slovak labour market.

"The number of Romanians working in Slovakia has been growing continually since January 2007, when the country joined the EU," Sittová said.

While less than 200 Romanians were working in Slovakia in 2006, the number exceeded 800 this March. One of the reasons for the increase is the fact that Romanians no longer need visas or work permits. Employing a Ukrainian is more complicated since the treaty on the mutual employment of Slovak and Ukrainian citizens that the countries signed in 1998 limits the number of Ukrainians who can be employed in Slovakia to a maximum of 200 Ukrainian citizens for one year with the option of prolonging their stay for another six months. A maximum of 300 Ukrainians can be employed for a particular season, i.e. for six months a year. If the job is related to executing business contracts between countries and their companies, the limit is as high as 1,800 employees.

The limits do not benefit anyone since some employers prefer to employ people illegally, and thus the state gets less money from taxes, said Pavol Lambach from the Bratislava-based company Palbach.

Palbach employs 18 Ukrainian bricklayers, but it cost the firm much time and effort to arrange permits for them.

The Slovak Labour Ministry has said it wants to negotiate a new treaty with Ukraine. However, Ukraine cancelled the first meeting in May due to the country's complicated political situation. Further negotiations are planned for June, said Labour Ministry spokeswoman Alexandra Gogová.

Slovak employers are interested mostly in engineers, then bricklayers and builders, drivers and seasonal agriculture workers.

The Asparagus company in Veľké Leváre (Western Slovakia) produces asparagus, strawberries and apples. They are harvested mostly by Ukrainians and Romanians.

"Slovaks imagine they could earn as much as in Volkswagen, at least 120 crowns per hour, but this is not possible in agriculture," said Roman Chládek of Asparagus, which had already tried its luck with employing long-term unemployed Slovaks, but failed.

"They do not want to work, because they want to register at the Job Office and get their social benefits," Chládek said.

However, the employment of citizens of non-EU countries is complicated, said Chládek.

"Our employees spent almost three months in Ukraine, and we got them in for only half the season," said Chládek. "Next time, we will have to start arranging things as early as November."

Number of tradesmen and self-employed people:

(50 percent in the Czech Republic, followed by the UK, Hungary, Austria, Germany, Ireland, and Italy).

Source: Report on Social Situation of Population in 2006)