Setting the standard of support

EIGHT Slovak companies channelled more than Sk52 million (€1.5 million) into community support projects in 2006, according to the London Benchmarking Group (LBG) financial reporting system, a model that was introduced in Slovakia by the Pontis Foundation in 2005 under the name Štandard Komunitné Investovanie (Standard Community Investment). 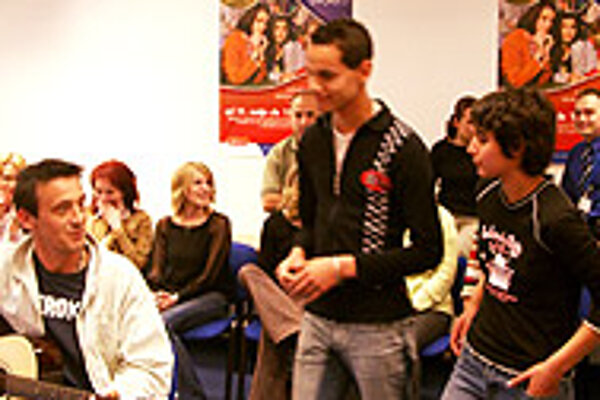 Font size:A-|A+0
EIGHT Slovak companies channelled more than Sk52 million (€1.5 million) into community support projects in 2006, according to the London Benchmarking Group (LBG) financial reporting system, a model that was introduced in Slovakia by the Pontis Foundation in 2005 under the name Štandard Komunitné Investovanie (Standard Community Investment).

Provident Financial, Tesco Stores SR, VÚB Banka, Východoslovenská energetika and Západoslovenská energetika were the first companies to use this form of reporting to measure the total value of their donations to charity and their community support projects. In 2006, Deloitte Audit, GlaxoSmithKline Slovakia and KPMG Slovakia joined the group. The Pontis Foundation has confirmed that they are negotiating with more firms who want to join the group.

The LBG was established in 1994 in the United Kingdom to "meet the need for accurate and comparable information about how different companies define, fund and manage their community involvement activities," says the official LBG website. More than one hundred British companies use this methodology today.

"LBG Methodology enables companies to record all the forms of support they are providing to the community," Ivan Ježík, programme manager of the Pontis Foundation, told The Slovak Spectator. Among other things, he listed the acquisition of accurate data for budgeting, the increased effectiveness of internal management and the establishment of set parameters for financial reporting as being reasons for adopting the LBG model.

The Pontis Foundation has also been promoting LBG methodology through the Business Leaders Forum, an informal association of companies that aims to apply principles of Corporate Social Responsibility in Slovakia.

The main purpose for launching the LBG project in Slovakia was to provide organised and confirmed data to the media and shareholders, said Ježík, adding that the Pontis Foundation expects a growing trend in company philanthropy and investments into the community along with more intense links between the commercial and non-profit sectors.

There are three main ways a company can be socially responsible - through charitable gifts, investing in the community and through commercial initiatives that have a philanthropic character.

A sense of moral responsibility is the main drive behind a company supporting a charity or helping the needy, said Ježík, but companies' goals vary when it comes to community investments.

"Firms want to create a healthy and prosperous business environment," said Ježík, adding that this is what motivates firms to support schools or the local communities where the company operates. This leads into what the LBG's founders call the win-win effect - both sides benefiting from the company's activities, Ježík said.

Firms often support university research that could be useful for them or sports activities for disadvantaged groups.

It also involves 'cause-related marketing' - promotional campaigns in which companies pledge to use the proceeds from sales to support a charitable cause. The term was created in 1983 by the American Express US financial services company that supported charitable causes during the Statue of Liberty Restoration campaign. Ame-rican Express said they would donate one cent towards the restoration of the Statue of Liberty every time someone used their card.

Of the Sk52 million donated by LBG-reporting companies last year, 47 percent was used for charitable gifts, 21 percent in community investments and 32 percent went towards cause-related marketing.

However, not all activities and investments that might seem philanthropic are actually classified as such.

"We don't count mandatory expenses like the two percent donation from income tax as an investment into the community," Ježík said, adding that pure commercial activities like sponsoring a national sports team are not regarded as community investments either.

One of the companies using LBG methodology is Tesco Stores, a member of the Business Leaders Forum.

"Not only did LBG methodology help us summarize the charitable activities that we've undertaken so far, but it also helped to analyze what should be the next steps in this field," said Oľga Hrnčiarová, manager of external relations for Tesco Stores. She added that the methodology has helped Tesco plan its own philanthropic strategy.

"The LBG strategy is also used in the United Kingdom and the Czech Republic, where Tesco's headquarters are based, enabling us to compare the countries' results," she said.

In 2006, Tesco was involved in a project with Alexu, a charitable organisation that helps children in need. Tesco invested Sk700,000 (€20,440) into the organisation.

Tesco will continue using LBG methodology, Hrnčiarová said, adding that it had already become a standard for their work.

The LBG model does not only mean simply giving money to an NGO, but it also tries to inspire firms to encourage their employees to join in the process as well.

"Companies start to understand that company philanthropy and community investments are not issues for the PR department only," said Ježík.

Activities of this kind open a door for human resources managers, allowing them to set up volunteer and grant programmes, which not only help the community, but develop loyalty and motivation in their employees, he said. Last year, 168 employees from the eight firms using LBG methodology participated in volunteer programmes, which is three times more than in 2005, the Pontis Foundation reported.

Tesco also organised a "cake day", where its employees bought cakes made by children from children's homes associated with the Alexu organisation.

The LBG model is increasingly being adopted throughout the world, with such firms as Credit Suisse, Microsoft, Nestlé, Pfizer, PricewaterhouseCoopers, Tesco and Shell claiming membership. It is widely used in the US, Canada, Australia, and the Czech Republic, where it was introduced by the Donors Forum organisation under the name Standard Odpovědná Firma (Standard Responsible Firm).