EVEN THOUGH foreign corporations brought the concept of corporate social responsibility to the Slovak market in the late 1990s along with their strategic investments, the expression still sounds foreign to some Slovak ears. 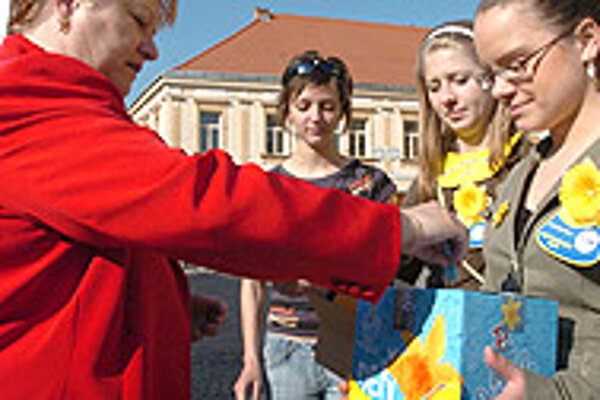 Font size:A-|A+0
EVEN THOUGH foreign corporations brought the concept of corporate social responsibility to the Slovak market in the late 1990s along with their strategic investments, the expression still sounds foreign to some Slovak ears.

However, there is increasing pressure on companies operating in Slovakia to reflect on their own activities and ask themselves whether they have been socially responsible, said Juraj Kopřiva, spokesman of the Slovenské elektrárne power utility.

"Slovaks sometimes confuse social corporate responsibility with philanthropy and donating to NGOs and foundations," said Vidan. "There is much more to it than that though, such as the company's customer-friendly approach."

Vidan said that compared to some EU countries, Slovak customers are not demanding enough. If they considered social responsibility criteria, such as a customer-friendly approach, more when shopping, companies would be under more pressure to meet these criteria.

"This could be changed if the media paid more attention to corporate responsibility issues," said Vidan.

"The good news is that more and more companies in Slovakia are realising the importance of corporate social responsibility and are defining their own," said Beata Hlavčáková, Orange Slovensko's corporate responsibility manager.

However, Kopřiva said that companies often only make financial contributions to charities but do not try hard enough to fully involve and motivate their employees to think, work, and act in line with corporate responsibility norms in their own lives.

Some companies say that they have been trying to involve employees in the decision-making process when it comes to corporate social responsibility activities and practices.

The company also has an employee support fund, through which employees can grant financial support to projects they contribute to. If an employee takes part in some event or organisation that helps the cultural or social development of the community, it is possible for them to draw money from the fund. Danihelová explained that each employee can take up to three times more than his own contribution, either in the form of funds or volunteer work.

Slovakia's natural gas utility Slovenský Plynárenský Priemysel (SPP) has a similar fund for employees to help them improve the quality of life of the community they live in and increase awareness about corporate philanthropy, said Peter Kamenický, head of the SPP Foundation.

"Many of our employees are interested in helping their communities," he added.

"In Slovakia, corporate social responsibility is strongly oriented towards philanthropy and charity, since these are probably closest to our mentality and our need to be of help," said Hlavčáková of Orange.

Overall, the focus of a company's charitable activities depends on its field of business, but in general companies tend to support programmes for children and youth, disabled people, culture, community development and the environment.

SPP established its SPP Foundation in 2002 to support the development of a civil society. The foundation distributes grants and makes every effort to ensure equal chances, transparency and openness for all applicants, said Kamenický.

Independent commissions decide the winners of the grants and the public has a full access to the results.

Kopřiva said that for Slovenské elektrárne, being environmentally friendly does not only mean supporting local projects like building small hydro plants for local communities. This year, Slovenské elektrárne has turned its attention towards the troubled Tatras National Park (TANAP). The company has taken part in a project to save endangered animals living in Slovakia's highest mountains and are also planning more projects in TANAP in the future, such as working to make the Tatras' mountain chalets more ecological, Kopřiva said.

VSE is the fourth biggest employer in eastern Slovakia and provides electricity to more than 600,000 households. Their social responsibility programmes focus on the youth, education and the future, Danihelová told The Slovak Spectator.

Telecommunications companies are focusing their efforts on increasing the digital literacy of chosen target groups.

Slovak Telekom has been supporting projects designed to help teachers, students, the disabled and the needy, as well as supporting unique cultural activities, said Jana Burdová, spokeswoman for Slovak Telekom.

"We focus on people with social handicaps - mostly to help them integrate into society by making IT tools available to them," Burdová told The Slovak Spectator.

Another way to help is by creating partnerships with NGOs, said Vidan.

T-Mobile has been working with the Pontis Foundation, the Slovak Association of the Deaf (ANEPS), Slovakia's Children Foundation, Harmony - the Foundation of Peter Dvorský, the League Against Cancer, the League for Mental Health and the Blind and Visually Impaired Union.

"Long-term help is more effective and a visible result comes only after some time, when the partners adjust to each other," Vidan said.