Authentic Indian food for all kinds of palates

THERE'S not another restaurant like Ashoka in Bratislava, nor another restaurateur like Akshay Kumar Dixit, its owner. Open for almost a year and a half, Ashoka is the first restaurant in Slovakia to serve authentic Indian dishes cooked in genuine tandoori ovens by Indian chefs using authentic spices. 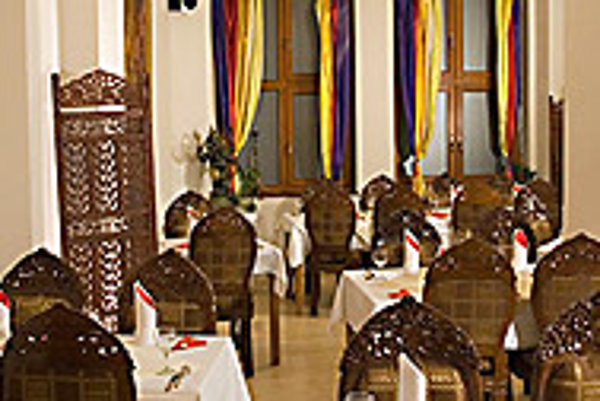 Open for almost a year and a half, Ashoka is the first restaurant in Slovakia to serve authentic Indian dishes cooked in genuine tandoori ovens by Indian chefs using authentic spices.

"It's quite expensive to import all the necessary spices, like cardamom, saffron, and fenugreek," said Dixit, who came to Slovakia with his wife more than twenty years ago to study chemical engineering. "But my wish was always to create authentic Indian food, not to make a fortune."

Dixit was originally inspired to open Ashoka by Slovak friends who became hooked on authentic Indian food after dining at his home. So far, it has attracted a steady stream of tourists and foreign residents looking for a variety of tastes and cuisines, but the interest among Slovaks is increasing.

"When I first decided to open a restaurant, I served hundreds of dishes to people over many weekends," he told The Slovak Spectator, "to test which they liked, and which they didn't. Those they liked are on the restaurant's menu today. So what I offer is really designed according to local tastes."

Nestled on the corner of Živnostenská Street, which is sandwiched between the much busier Obchodná Street and Hodžovo Square, Ashoka looks like any of the modest family-run businesses found on the streets of a major world city. In fact, you could almost pass it by if it weren't for the enticing aroma of creamy korma sauce and garlic naan (flatbread) wafting from its kitchen onto the street.

Upon entering, you find five comfortably arranged tables in an intimate upstairs salon and a larger space downstairs that's suitable for groups and parties. The salon is tastefully decorated with pictures of India that set the mood, colorful napkins and tablecloths, and handcrafted furniture. The sounds and fragrances of the kitchen are just behid a curtain, lending the dining room the cozy feel of being in someone's home.

I admit this was not my first visit to Ashoka, so my dining partner and I began with some of the dishes we've come to adore. Pappadum (1 piece, Sk30), a crispy wafer made of lentil or bean flour, was a delicious starter. It came with a marvelous green sauce that tasted of mint, vinegar, and mustard. A wonderful way to kick-start the appetite.

For dinner, we ordered three main dishes. The first, murgh tikka gravy (Sk195) was a delicious combination of tandoori chicken (boneless chicken pieces marinated in yogurt and spices and roasted in a clay oven) smothered in a sauce of tomato paste, onion, and fenugreek.

"Indian food is extremely natural," Dixit said. "For instance, the fenugreek is added to help with digestion."

The other main courses were murgh malwani (Sk195), chicken in a creamy coconut sauce, and aloo palak (Sk120), a bowl of gently spiced pureed spinach mixed with soft chunks of potato. Both were incredibly tasty.

The side dishes were staples of Indian cuisine: naan (Sk60), a delightful crispy-chewy flatbread that comes with or without garlic; basmati rice (Sk80), which, with typical Indian attention to detail, came decorated in three colours; and cucumber rajta (Sk80), creamy yogurt usually used to extinguish the effect of the menu's spicier dishes.

And speaking of spicy dishes, anyone with a taste for fire should order the murgh/mutton (lamb) madrasi (Sk245/Sk345), a powerful combination of chunks of meat in a black pepper and mustard seed sauce. But, as the staff will warn when you order it, proceed with caution. It is intense, yet incredibly good.

Of course, the menu includes a wide variety of extremely flavourful vegetarian dishes as well, including the aloo palak mentioned above, chana masala (Sk130), chickpeas in a tomato onion sauce that's delicious over basmati rice, and aloo gobhi (Sk110), steaming chunks of potato with cauliflower.

To drink, have the mango lassi (Sk160), a wonderful beverage of yogurt mixed with mango and sugar. As well as extremely refreshing, it's a welcome aid to those having spicy dishes, like the murgh madrasi.

At the end, Dixit awarded us with two wonderful treats: kulfi (Sk220), "Indian ice cream" made from sweetened boiled milk and mango topped with pistachio nuts, and Indian coffee (Sk69), a sweet and creamy version spiced with ginger and cardamom.

Ashoka is a very special restaurant run with elegance and hospitality.