THE CONTROVERSIAL chairman of the Slovak National Party (SNS) Ján Slota temporarily united the ruling coalition and the opposition when he referred to homosexuals as "queers". 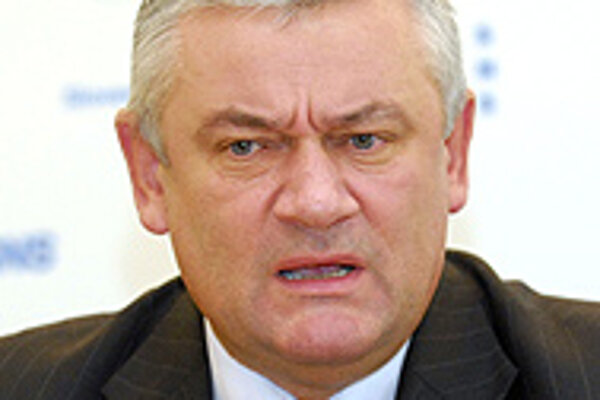 Font size:A-|A+
THE CONTROVERSIAL chairman of the Slovak National Party (SNS) Ján Slota temporarily united the ruling coalition and the opposition when he referred to homosexuals as "queers".

"Everyone might have a weak moment from time to time, but politicians should be very careful about what they say," Kubiš said.

However the Cabinet Office has distanced itself from Slota's statements, treating it as an internal issue of the ruling coalition SNS.

"The Cabinet Office will not comment on these inappropriate statements," the government's spokesperson Silvia Glendová said.

The Hungarian Coalition Party said that the SNS chairman, who has been insulting Hungarians and Roma as well, is a shame to Slovakia's public life.

The only politician who supported Slota was the head of the SNS parliamentary faction and Slota's party buddy, Rafael Rafaj.

"Truth is more valuable than any so-called decency," he said

When asked by a journalist from the Sme about his opinion on homosexuals, Slota said they were "queers" and "abnormal" while also telling the journalist that she herself was "scum".

His articulation during the telephone interview on June 13 was bad and he seemed drunk, wrote Sme. Currently, Slota is taking a holiday in Croatia with his family. When the next day the tabloid daily Nový Čas asked Slota about the interview, he said he could not remember it at all.

"We should drink only alcoholic drinks that do not cause us to lose control," Jureňa said.

"The fact that Ján Slota is often indisposed is nothing new," said European MP Monika Flašíková-Beňová of the ruling coalition Smer party. "It is also quite catastrophic because he has a young wife and a small daughter and he should be first of all taking care of his family."

It is sad that Slota, considering himself the biggest Slovak, represents his country with such dumb statements, Flašíková-Beňová said. Kubiš, however, does not think that Slota's statements will harm the country's image abroad.

"Slota already has a reputation so his statements no longer surprise people and he does not influence activities of the Slovak government," Kubiš said.

Jureňa suggested that the coalition council deal with Slota's statements but Čaplovič and Kubiš said they see no reason for doing so as it is an internal issue of the SNS.