RECENT talk about a tax cut has angered Prime Minister Robert Fico, who referred to the opposition's suggestion to reduce income taxes from the current 19 to 17 percent as "sabotage". 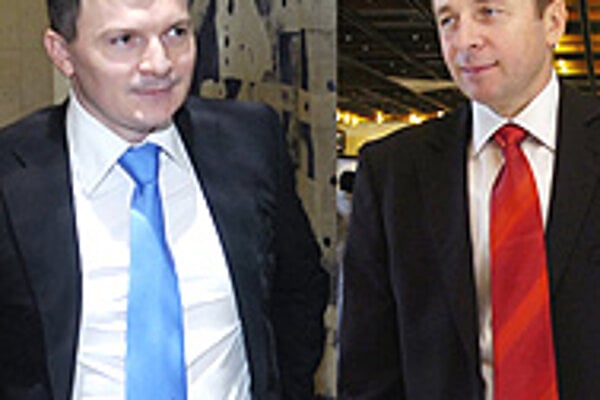 Font size:A-|A+
RECENT talk about a tax cut has angered Prime Minister Robert Fico, who referred to the opposition's suggestion to reduce income taxes from the current 19 to 17 percent as "sabotage".

"If these gentlemen are so smart, they should have introduced a 17-percent tax rate when they were in power and not sabotage the country now," Fico said.

Július Brocka of the Christian Democratic Movement (KDH), Iván Farkas of the Hungarian Coalition Party (SMK) and Ivan Mikloš, former finance minister and one of the originators of the 19-percent flat tax, which put Slovakia's name on the global investment map, said that the country could still afford further tax reductions.

Impressive economic growth that has surpassed expectations has made room for further tax reductions without threatening the country's chances of meeting the Maastricht criteria, which requires keeping the budget deficit low, Mikloš told the SITA newswire. Slovakia's GDP growth reached 9 percent in the first quarter of 2007, according to the revised estimate of the Slovak Statistics Office.

However, Mikloš argues that the impacts of his proposal would not exceed Sk5 billion (€145.8 million). The former finance minister said that the government could compensate for the eventual budget shortfall by making public administration more efficient.

Finance Minister Ján Počiatek was milder when reacting to the proposed tax cut. He said that the country should not experiment with its tax system now while the government's primary task is the adoption of the euro.

"There is no room for tax cuts right now," spokesman of the Finance Ministry Miroslav Šmál told The Slovak Spectator. "The cuts would inflate the budget deficit by billions of crowns, preventing us from meeting the Maastricht criteria."

Trimming the 19-percent tax rate would require the cancellation of around 40 tax exemptions and the practice of donating two percent of paid income taxes to non-profit organizations, Šmál said.

Tax changes would also impose the duty of double-entry bookkeeping even on the self-employed, he added.

"I absolutely disagree with the prime minister's reaction," Iván Farkas of the Hungarian Coalition Party told The Slovak Spectator. "When the cabinet proposed the budget for the years 2007 and 2008, it assumed slower economic growth than we currently have. Thanks to this growth there is a reserve that makes it possible to cut income taxes."

However, the ministry's position is that the budget planning always assumes a reserve and the estimations are always more conservative than the economic reality of the country.

Slovakia would become even more attractive to foreign investors if income taxes were cut, said Farkas, adding that it would greatly benefit the country's economy.

"Sure, we would be more attractive, I can only agree," Šmál said. "I am only saying that the timing of the proposal is unfortunate and right now tax cuts are not an option and at the moment it is a closed topic for the ministry."

The opposition trio said that the proposal was a reaction to the recently released data on the country's impressive economic growth, which was not the case when the tax reform was designed back in 2003.

"The outlooks for economic growth were completely different," said Farkas, adding that with the changing economic conditions, there will be more room for liberal tax policies.

The opposition trio has also proposed changing the distribution of the income tax revenues with towns and villages getting 75 percent instead of the current 70.3 percent. The change would compensate them for the negative effects of the eventual personal income tax cuts on municipal budgets, the opposition said.

Slovakia has one of the lowest income tax rates in the European Union after the government of Mikuláš Dzurinda adopted the 19-percent flat tax, valid from the beginning of 2004, an effective publicity gimmick for foreign investors. Understandably, political parties made taxes one of the main topics of their campaigns before the June 2006 elections. Income taxes make up just a small sliver of the overall tax wedge, while payroll taxes make up the greatest portion. There have been pressures from the World Bank to ease the payroll tax burden in Slovakia.

At that time Mikloš said that the prospects for further tax cuts in Slovakia depended on how pro-reform the new government turned out to be. The SMK proposed a two-percent tax cut last April while the then-opposition Movement for a Democratic Slovakia wanted to see lower VAT on food, medication, books, and tourism.

If the state budget allowed for it, Fico said on May 7, he could imagine more commodities with lower VAT. A 10-percent VAT rate has applied to medication and selected health commodities since the beginning of this year. Books and internet access might also be taxed more lightly, said Fico.

Flat tax mastermind Richard Sulík drafted a proposal on cutting the income tax to 16 percent while he still worked as advisor to the current finance minister. If all 40 tax exceptions, which include tax benefits for MPs, judges and prosecutors, or other tax benefits were cancelled, the income tax rate could be reduced without any negative effect on the state budget, said Sulík. Fico and the ministry killed the proposal. Sulík, who also advised Ivan Mikloš in tax policies, left the ministry in April 2007.

Ján Slota, leader of the ruling coalition's Slovak National Party, also started talking about tax cuts earlier this year and said that income taxes could come down as far as 17 or even 15 percent.

Tax policies have indisputably had an effect on the state of the Slovak economy in past and further cuts might attract even more investors, Slota said. However, shortly after meeting his coalition partners, Slota added that his proposal was not meant for this or next year.