As the school year finishes in Slovakia, summer job season starts in the UK

Migrant workers' total contribution to the UK's economy comes to an extra four pence a week for every British citizen, says the Migrationwatch UK think-tank. 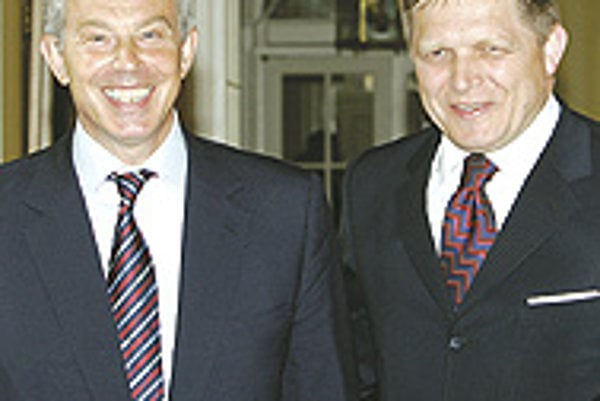 Great Britain is the top EU destination for migrant workers from the countries that joined the EU in 2004, with more than 600,000 workers having entered the country since then. According to statistics compiled by Britain's Home Office from August 2006, there are around 45,000 Slovaks working in Britain, making them the third largest migrant community in Britain after Poles and Lithuanians.

June starts the job-hunt season for Slovak students looking to work abroad for the summer. Many of them will join the community of Slovak migrant-workers in Britain working mostly as kitchen and catering assistants, cleaners, warehouse operatives, factory workers, packers, waiters, farm workers or personal care assistants.

Law student Andrea Faktorová, 22, found a job at a Kentucky Fried Chicken in Bristol last summer. Her reasons for going were similar to those cited by most students looking for work abroad - she wanted a change, experience and money.

"Britain is a good choice because of its open labour market and the cheap flights," she said.

Faktorová worked full-time through the summer at the hourly minimum wage of Ł5.05 (€7.50) - now up to Ł5.35 - before national insurance fees and taxes.

Faktorová could only speak basic English when she started but she said this was no problem for her employer, who put her to work in the kitchen instead of at a till. As she mostly worked and lived with Slovaks, she said she did not improve her language skills.

Faktorová had the advantage of having friends already living in the UK who could find her accommodation and work, but most Slovaks going abroad are not so lucky.

Former chemical factory worker Marek Kováč, 25, left Slovakia in January 2006 for Leyton, east London and has lived and worked there since then. He used a Slovak employment agency that promised to find him work in Britain, but said that he now regrets paying them the Sk9,000 (€260) fee because the company did not provide him with the work it promised.

Kováč said that the work they offered him would only cover his accommodation, so he found a job himself, working as a cleaner. He said he now makes three times more than he did at his former job in Slovakia.

Kováč said that living in the one of the world's biggest cultural hubs provides him with more opportunities for entertainment, shopping and sports. His wages cover all of this as well as the opportunity to learn something new, he said.

"Working with Britons, my English has improved rapidly," Kováč told The Slovak Spectator. "What is more, the company has a friendly approach to all its workers, which I missed in Slovakia."

When asked about his plans for the future, Kováč said he intends to return to Slovakia after he has earned enough - a common response for migrant workers. Only a small percentage want to stay in Britain for the long term. Even though they are likely to leave the country at some point, the migrant workers' issue has brought about a wide-spread discussion on British identity.

Despite having only met a few workers from Central and Eastern Europe, Ian Tough, 27, from the town of Billingham in North East England, said that he has heard a lot of heated discussions about them. He added that there are still many Britons who wish that the labour market had stayed closed to migrant workers in 2004.

"Many Britons, especially the older generation, are simply scared of migrants taking jobs from British people," Tough told The Slovak Spectator. He said that in his opinion, most of the fears are due to tabloid-style headlines about thousands of migrant workers pouring into Britain.

Tough said that good experiences with migrant workers have changed employers' opinions on the issue. Unlike many Britons who fear the new labour force, employers have been welcoming it.

"Employers now have an opportunity to pick their employees from many applicants," Tough said. "And they choose someone reliable who is less likely to complain about work conditions and will work hard." Tough said that this is how British employers see workers from Slovakia and other Central European countries.

Tough also said he has witnessed discrimination against Central Europeans.

"A Polish employee left our company because he found out he was being paid less than his British colleagues for the same work." When asked about how this could happen in an established company, Tough said that "the management simply thinks they can do it".

Tough said that migrant workers often find themselves in lose-lose situation: "If they don't accept the salary conditions, they usually won't be hired."

Tough added that many of them do accept it because the salary is still higher than what they would get in their home country, but if they want to fight for equal pay rights, they often end up leaving the job. He said he believes the situation will likely change for the better when the British public start realising the benefits migrant workers are bringing to the country.

"They usually do jobs that Britons refuse to do for those wages," Tough said. "It's more likely that they are just filling gaps than actually taking job opportunities from Britons."

Even though Migration-watch UK may think migrant workers' contribution to the British economy is only minimal, British governmental bodies claim the opposite.

"Migrants to the UK bring valuable skills and ideas with them and help to fill job vacancies where Britons are unable or unwilling to do so," Susan Anderson of the Confederation of British Industry told the BBC in January.

"Their taxes help pay for our public services and our pensions, long after many migrants have returned home," she said.