FOR SOME Slovak towns, yellowing manuscripts are their only reminder that they once enjoyed royal privileges and served as important centres of commerce, culture and religion. However, with the arrival of EU funding, some of these slumbering Slovak towns have found a way to get back on the map. 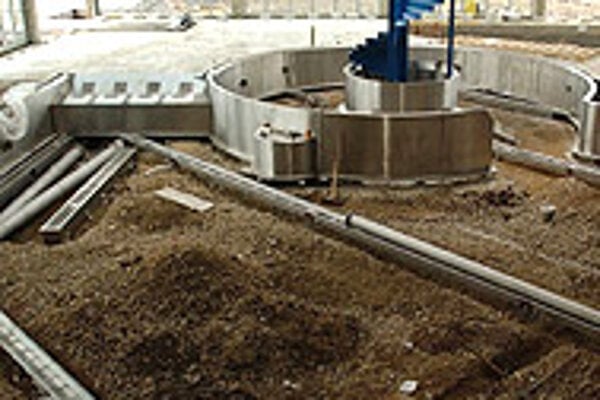 Font size:A-|A+
FOR SOME Slovak towns, yellowing manuscripts are their only reminder that they once enjoyed royal privileges and served as important centres of commerce, culture and religion. However, with the arrival of EU funding, some of these slumbering Slovak towns have found a way to get back on

The EU allocated €16 billion of structural funds for urban development during the 2000 to 2006 period, says the European Commission, which recently published an overview of sustainable urban development policies for the 2007-2013 funding period.

The EU's "Guide to the Urban Dimension in Community Policies" specifies the financial and information resources that European cities can access to help them rise to the level of more-developed western cities.

"The effective use of structural funds helps improve the quality of life of inhabitants of towns and regions," Tibor Hlobeň, spokesman of Trenčín's city hall, told The Slovak Spectator.

Trenčín, in north-western Slovakia, received support from the European Regional Development Fund for one of its recent key projects: the infrastructure for an industrial zone on the town's Bratislavská Street. The project cost Sk202 million (almost €6 million), said Hlobeň.

The RainDROP project, aimed at producing a guide for the effective use of rainwater, is another EU project that Trenčín has been involved in. RainDROP was developed in cooperation with the Czech towns of Karviná and Vsetín, the German town of Kupferzell and the Greek town of Aharnai.

Environmental projects like RainDROP, developed to win EU funding, are becoming more common in Slovakia. Banská Bystrica has won an EU grant to close down and clean a contaminated waste dump in Horné Pršany, said Monika Pastuchová, spokeswoman for the mayor of Banská Bystrica. The project will reduce the dump's negative environmental effects and re-cultivate and monitor the area.

EU cohesion and structural funds are also used to boost employment in some regions through support for the educational system.

During the last funding period, Trenčín received financial support for the project "Moja Životná Cesta" (My Way of Life), said Hlobeň. He said that Trenčín wants to use the project to encourage innovative ways of linking education with actual jobs, experience and production.

The project should increase the availability and quality of job and career-related information and develop ways to predict trends and changes on the labour market. Moja Životná Cesta should interlink educational institutions with the labour market most of all through career consulting services for young people.

Slovak towns hope to become active European cities through EU funding, but the process of actually getting the funding can be a challenge for municipal administration.

"The administration received regular training in project development and the utilization of projects before and after receiving the EU funds," said Zuzana Pojedincová, spokeswoman of the Poprad town hall. Pojedincová said that nine town hall employees have been trained on how to handle EU programmes.

"Municipalities have only had minimal access to EU resources," said Pojedincová. "However, we expect that after the National Strategy Reference Frame 2007-2013 is adopted, [access will be easier for them]."

The National Strategy Reference Frame defines the nation's priorities for the use of EU funds during the upcoming funding period, which is 2007-2013. The cities hope that the document will make the funding process easier.

"All applicants for funding, both private and public, would benefit from the simplification of the EU funding agenda and from the shortening of the waiting period in this administratively-demanding process," Hlobeň told The Slovak Spectator.

Slovak towns have said that they will try to draw as much money from the funds as possible. Banská Bystrica, for example, has a list of projects that have been prepared for this funding period, said Pastuchová. Among them she listed the reconstruction of the local swimming pool and a multi-functional community centre.

Trenčín approved a similar package of draft projects last October, said Hlobeň. Currently, there are 31 projects in different stages of development, which are likely to be granted money from the structural or the Cohesion Fund.