Baroque site among world's "most endangered"

CONSERVATIONISTS have listed a complex of Baroque churches and chapels in the central Slovak town of Banská Štiavnica as being among the world's most endangered historical sites. 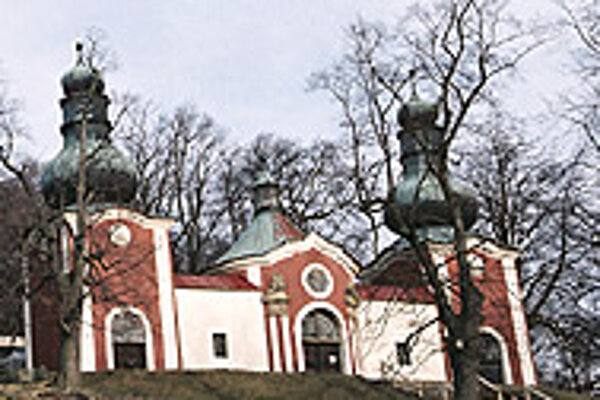 Font size:A-|A+
CONSERVATIONISTS have listed a complex of Baroque churches and chapels in the central Slovak town of Banská Štiavnica as being among the world's most endangered historical sites.

The New York-based World Monuments Fund has included the Calvary Complex in its 2008 World Monuments Watch List of 100 Most Endangered Sites, citing the lack of proper conservation efforts and vandalism as being among the main threats to the complex's preservation.

Katarína Vošková, the former director of the Banská Štiavnica Monuments Bureau who was also involved in getting the Calvary Complex on the Fund's list, said that the condition of the complex's three churches and 19 small chapels is quite poor and would cost up to Sk60 million (€1.75 million) for basic repairs and at least twice as much for complete renovation.

"The buildings are located on difficult and hilly terrain and some of the structures are being threatened by underground water pressure," Vošková explained to the ČTK news wire.

The Monuments Fund wrote on its website that the harsh weather conditions that the buildings are exposed to year round are having a detrimental effect on the chapels' interior decorations and to the roofs of the Upper Church and the Ecce Homo chapel.

The World Monuments Fund hopes that the listing of Banská Štiavnica's Calvary Complex and other endangered sites will pave the way for their renovation and preservation.

The Calvary Complex, located on a hill outside Banská Štiavnica, took seven years to build and was completed in 1751. The project was started by a Jesuit named František Perger in 1744 and is still under the care of the Roman Catholic Church.

Andrea Garajová from the local parish council told the ČTK newswire that there are plans for the site's complete renovation but that so far they do not have the necessary funds.

A few million crowns worth of work has already gone into minor repairs and lighting since 2005.

The World Monuments Fund was founded in 1965 and says it has helped save over 450 important historical sites in more than 90 countries. The Watch List, published every two years, is the Fund's call-to-action that tries to bring people's attention to sites and structures of historical and cultural importance that are in danger of being lost.

Other sites on the list include the city of New Orleans in the US, Wilton's Music Hall in London and St. Petersburg Historic Skyline in Russia.