"Society has come a long way"

SLOVAK society has come a long way since the first half of the 1990s, said sociology professor Soňa Szomolányi, who sees no risk of Slovakia regressing to the times of Vladimír Mečiar's coalition in 1994 to 1998 when the country found itself on the verge of international isolation. 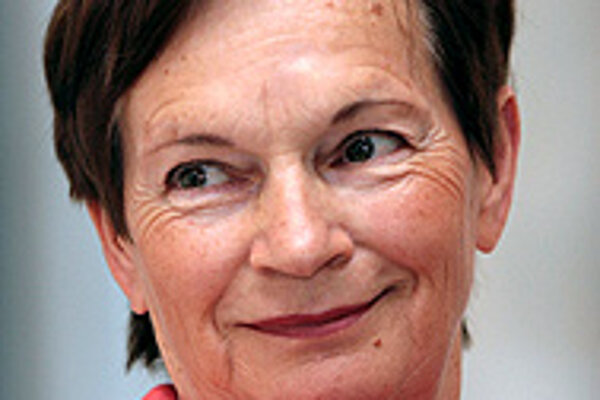 Font size:A-|A+
SLOVAK society has come a long way since the first half of the 1990s, said sociology professor Soňa Szomolányi, who sees no risk of Slovakia regressing to the times of Vladimír Mečiar's coalition in 1994 to 1998 when the country found itself on the verge of international isolation.

The Slovak Spectator spoke to Szomolányi, the head of the political science department of the Comenius University in Bratislava, about the recent Freedom House report that states that democracy in Eastern Europe is decreasing, citing issues such as the freedom of the media and populist tendencies in politics as being influential factors.

The Slovak Spectator (TSS): What is your explanation for the current Freedom House report, which sees the observance of democratic principles stagnating or even deteriorating in practically all Visegrad Four countries [Slovakia, Poland, the Czech Republic and Hungary]?

Soňa Szomolányi (SSZ):Despite all the problems that have been identified in connection with applying certain principles of democracy in this region, there is no reason to dramatize the current situation. In fact, considering the way the communist regime collapsed, it is a miracle that these countries basically peacefully transformed after the Cold War. Even at the cost of high social expenses, which have been distributed unevenly among the population. Each Visegrad Four country experiences different types of problems, stemming from their own history and any attempt to generalise them is inevitably superficial. I disagree with those who call the current state a crisis, as the signs of this "retarding of democratic development" (as the report says) are definitely not unexpected during an accelerated change of political system.

TSS: Why has such a situation come about in Slovakia and how it will develop in the future? Will Slovakia see attempts made to restore authoritarian rule, as witnessed in the first half of 1990s under the rule of Vladimír Mečiar and the Movement for a Democratic Slovakia, or do we have enough resources to keep the principles of democracy intact?

SSZ:[The ruling coalition party] Smer won the 2006 elections because it managed, through criticising the reforms of the previous government, to appeal to an important sector of society who had born the burden of the negative effects of the reforms without yet feeling the full benefit of the economic development. The timing of the early elections, caused to a great extent by the departure of the Christian Democratic Movement from the ruling coalition, favoured the reforms' critics and not their supporters. The election winner, Smer, formed a ruling coalition with the Slovak National Party and the Movement for a Democratic Slovakia, which corresponds to its voters' preferences.

If we assume the predominantly rural and provincial nature of Slovak society, along with its negative attitudes towards those who are better off, we get an explanation as to why the Fico government's unsystematic decisions, which cannot improve the social situation, satisfy his voters by attacking those who are better off. It is a satisfaction primarily on the level of identities and less on the level of meeting socio-economic interests. But so far it is enough for the supporters of the populist Fico.

After the new government's first year in power, we see that, despite the strong rhetoric that was so appealing to voters, the promised break from old policies has not occurred. One of the obstacles preventing the government from implementing all its leftist plans is the cost that changing the accepted rules would incur. Once some rules have been institutionalized, and people have accepted them, one cannot remove them without the loss of popularity, disputes in coalition, and worsening of economic ties. After all, the Slovak society has come a long way since the first half of 1990s, and I see no risks of returning to Mečiar's coalition of 1994-98.

TSS: What is the current state of the public media? Why has Fico been exacerbating the conflict between himself and the media?

SSZ: The situation is not significantly worse than it was before, which at the same time does not mean that it is good either. Fico's recurring attacks on the media show little tolerance for criticism and maybe even fears that his popularity, on which he depends so much, will start decreasing.

TSS: Observers have been expecting the situation of minorities in Slovakia to worsen due to Ján Slota and his nationalist Slovak National Party being in the ruling coalition. Have their expectations been fulfilled?

SSZ: The situation of minorities has not worsened through discrimination or by having their rights limited by legislation. Slota and his Slovak National Party are primarily political entrepreneurs and he has reached his goal, which was to take the ministries over from the Party of the Hungarian Coalition's nominees and keep the funds flowing in from Brussels under his control. He succeeds in keeping his voters through his vulgar nationalist rhetoric. The problem, however, is that this rhetoric of grudge, hatred and vulgarity contributes to making social life more primitive and encourages extremists of all kinds.

TSS: Populism in politics is said to work in times of an unstable economy. So why is it working now when economists say that the Slovak economy has improved significantly and the growing trend will most likely continue?

SSZ: One of the reasons is that Fico's sympathizers see him as the cause of this economic growth and as a protector against "bad reforms".

But his proclaimed "social character" is rather symbolic demonstrated by his killing healthcare fees and then launching new fees.

Above all it is due to the prime minister's rhetoric, which is more like "class envy" towards the rich than solidarity. And this really works.

Szomolányi has lectured at universities in Freiberg, Switzerland, in Gothenburg and Umea, Sweden, at Central European University in Prague, and at universities in Stanford, Mexico City, Sapporo, Tokyo and Paris. She is the author of "The Winding Way of Slovakia towards Democracy" (1999) and the editor and co-author of "Spain and Slovakia - Two Ways to Democracy" (2002).