VLADIMÍR Mečiar, chairman of the ruling Movement for a Democratic Slovakia (HZDS), unexpectedly vetoed a revision to the university bill, which would have instated tuition fees for part-time students. 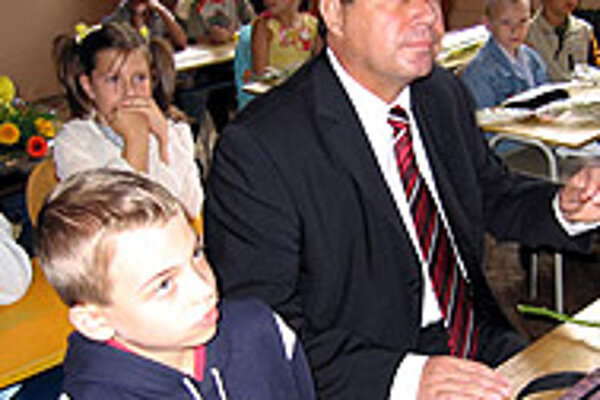 Font size:A-|A+0
VLADIMÍR Mečiar, chairman of the ruling Movement for a Democratic Slovakia (HZDS), unexpectedly vetoed a revision to the university bill, which would have instated tuition fees for part-time students.

Mečiar, whose party had not expressed any problems with the bill before, told his ruling coalition colleagues on June 19 that his party would not back the draft as long as it makes part-time students pay for their studies. The HZDS said the party has "grave reservations" towards the bill.

Slovak National Party (SNS) head Ján Slota said that Education Minister Ján Mikolaj, also of the SNS, will probably withdraw the bill to give the ruling coalition time to discuss and fix what he called "serious faults".

The ruling coalition council, the top body of the Smer-HZDS-SNS coalition, agreed that the parliament would vote on the university bill at the end of June.

None of the parties, however, had tuition fees in their programmes and, in fact, the parties said they were against charging tuition and only left the possibility of charging for part-time studies.

"This is their pragmatism," said political scientist Grigorij Mesežnikov. "They realised that charging for education might influence their support." According to Mesežnikov, the government will test to see whether a version that includes charging for part-time studies can be passed.

The original agreement was that part-time students would pay tuition fees beginning in September 2008 with the amount being set by the Education Ministry. Students of economy and law would be charged lower fees as their studies are estimated to cost about Sk30,000 (€887). Technological fields are twice as expensive and students would be charged around Sk60,000 (€1,174). Pilots would pay the most at about Sk150,000 (€4,435) per year.

Mikolaj is confident that he will be able to push the bill through. However, he also said that if the ruling coalition goes soft on establishing tuition fees for part-time students he would withdraw the bill.

"This is like saying that unions should be omitted from the Labour Code," said Rafael Rafaj, the head of the SNS parliamentary club.

Political analyst Miroslav Kusý said the decision of the coalition council was populist and it satisfied both the HZDS and Smer.

"What it means for [Mikolaj] is that he is just a puppet on a string that will do whatever it is told," said Kusý.

The reservations are more political than professional, said Mikolaj. When asked whether the HZDS' change of attitude surprised him, he simply said "that's politics". He still believes that part-time students could deal with the financial burden that the bill would impose on them by drawing loans from the Student Loan Fund.

The only coalition MP who had announced in advance that he would not support the amendment was Mojmír Mamojka of Smer, who suggested that the bill has grave flaws. "It was just knocked together," he said.

Mamojka said that parliament should vote on the bill in September so that the ruling coalition has time to fine-tune it.

The opposition were satisfied with the decision to postpone voting on the bill.