Chambers are not vanity business clubs

THOUGH foreign chambers of commerce are usually only nmentioned in the media when they either criticize the government's business policies or praise the country's economic rigour, they have always played a role in the process of attracting foreign investments to Slovakia. 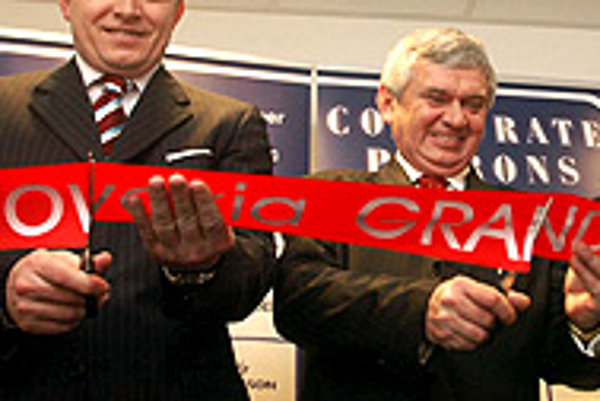 Font size:A-|A+
THOUGH foreign chambers of commerce are usually only nmentioned in the media when they either criticize the government's business policies or praise the country's economic rigour, they have always played a role in the process of attracting foreign investments to Slovakia.

Foreign chambers of commerce are important for our economy, said Andrej Šulka of the Economy Ministry's press department, adding that the Ministry, especially its International Trade and Internal Market Department, cooperates closely with foreign chambers of commerce. The chambers organise business missions, seminars, conferences, workshops, presentations and roundtables, all of which are useful for trade networking and building business contacts, Šulka told The Slovak Spectator.

The chambers that provide international companies with contacts, consultancy and assistance in their search for business say that their members have been doing well on the Slovak market.

"We have our concerns about some things, but we remain cautiously optimistic," Jake Slegers, executive director of the American Chamber of Commerce, told The Slovak Spectator. "Up to today, Slovakia consistently remains a positive business environment for our member companies."

After Slovakia became a member of the EU, British companies with offices in other member states realised the advantages of opening a branch here, said Eperjesiová. The British Chamber of Commerce currently has 112 members.

However, Slegers said that the goal of EU membership was not just to look back three years later and count specific advantages for the business world since it has been a widespread "political, social and economic change".

"Slovakia has benefited from the EU funding in many ways and our members have probably taken advantage of the various sources of EU funding and training programs as well, among many other things," Slegers said.

According to Anton Berith, director of the French Chamber of Commerce, the process of investing and establishing a business has simplified a great deal since Slovakia became a member of the EU.

"[Registering] a new company now takes a couple of days, while before it took months," he said, adding that now French nationals can become authorized representatives of their own companies and settle down in Slovakia.

"All European laws concerning the free movement of assets and persons should be applied in Slovakia the same way as they are in other countries of the Union, even though it could take some time," Berith said.

However, an intense race for finding qualified labour will soon begin, Berith said. Slovakia is too small to provide all the big investors with a qualified and cheap labour force, he said, and the country will probably have to open itself up to workers from Romania, Ukraine and Bulgaria.

"Let's hope Slovakia will be able to treat its new immigrant workers better than France treated the workers who came from Magreb and Africa in the 1960s and 1970s," Berith told The Slovak Spectator.

Since joining the EU, Slovakia has been able to offer more legal certainty to investors, which has resulted in the arrival of more small and medium-sized companies planning to expand to the Eastern European market through investing in Slovakia, said Željka Šašinački of the German Chamber of Commerce.

The environment and investment opportunities benefit small and medium-sized companies the most, said Berith. These are mainly the sub-contractors who service the Slovak investments of big automotive players like the German Volkswagen, the French PSA, the Korean Kia and the American Ford.

"French contractors from the fields of machine construction, textile and plastic materials are expected to show up in Slovakia in the coming years," Berith said.

On the other hand, big players in the power industry (EDF, GDF, Dalkia), telecommunications (France Telecom with Orange), agriculture and the food industry (Bongrain, Bel, Danone) are already active on the Slovak market, Berith added.

The best investment opportunities for the UK in Slovakia are in the areas of research and development, design and innovation, technology centres, ICT, software development, business process outsourcing and regional headquarters - sectors where companies need a highly skilled and cheap workforce, Eperjesiová told The Slovak Spectator.

The largest potential for further growth, according to Eperjesiová, is in the development in the automotive, engineering, wood processing and electro-technology fields, "especially now that the Slovak electronics industry is gaining even more importance through Samsung and Sony's investments into LCD panels and television set production".

Global property developers like Ballymore, Heitman and Rodamco have also targeted the Slovak market and already have major projects that have made it past the planning stage, said Eperjesiová.

The most important German players are also already present on the Slovak market, said Šašinački, but there are still several more medium-sized entrepreneurs interested in investing in Slovakia. Šašinački added that Slovakia is getting ever more attractive for German companies that are already operating here.

"They see Slovakia not only as a production place but also as a final market for their products," she said.