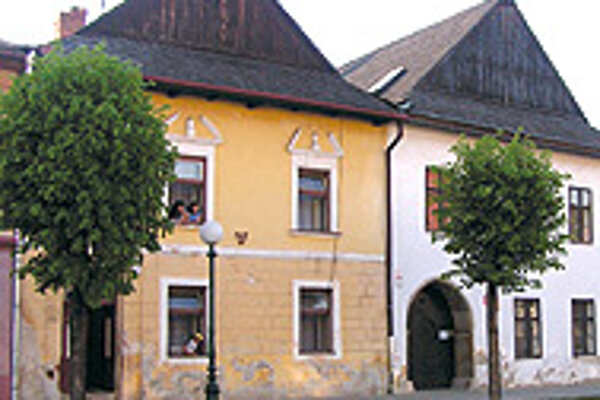 CHANGES have been made to the rail system on the Slovak-Ukrainian border in preparation for Slovakia's entry into the Schengen zone.

The Slovak border and customs control, which was located at the Čierna nad Tisou train station, has moved to a new station recently built between the Slovak town of Čierna nad Tisou and Čop in Ukraine, Miloš Čikovský, spokesman of the train company Železničnej Spoločnosti Slovensko told the SITA newswire on June 18.

The new station has been built specifically to control passports and imports and exports, and passengers will not be able to board or disembark there.

IT HAS been decided that Roma from the town of Kežmarok will not be moved to the town of Dobšiná in the Rožňava district. According to Mayor Igor Šajtlava of Kežmarok, the town had intended to buy a house from a Roma family in Dobšiná, but decided not to buy it after protests from Mayor Karol Horník of Dobšiná.

The town of Dobšiná, Horník says, is afraid of an influx of Roma families who are unable to adapt to the local conditions. He told the TASR newswire on June 19 that the Kežmarok officials' plans are improper, unethical and "solving one's own problems at the detriment of someone else." From Dobšiná's 5,200 inhabitants, about 20 percent are Roma and the town has had no problems with them. However, Horník said, he does not want "strange Roma" moving into his town.

Šajtlava said was not doing anything illegal, but was just trying to find a way to deal with the Roma families living in the town's historical centre who are not paying rent and who have served eviction orders.

"I feel sorry especially for the young children," he told TASR.

As Kežmarok has limited resources for building low-standard flats for tenants who do not pay, it is looking for other options. The town has already bought small houses in other municipalities for Roma in the past.

"Nonetheless, if the municipality involved does not want it we respect its wishes," said Šajtlava. "This happened, for example, in the case of the village of Čebovce in the Veľký Krtíš district."

PREŠOV'S city administration is lobbying to become a European Capital of Culture in 2013. The title is awarded every year by the European Union and in 2013 both Slovakia and France will have a town or city designated Capitals of Culture.

Prešov Mayor Pavol Hagyari said on June 19 that the city has a good chance of receiving the title. However, he refrained from mentioning what gives Prešov its edge over other Slovak towns.

Representatives of the Prešov Region's 12 district capitals are supposed to come and sign the document also. A campaign logo and motto should be introduced during the event.

Hagyari said that Prešov would be the most ideal town in the region to campaign for the title as the city would include the outlying areas as well and boost the development of tourism both in the city and in its surroundings. He originally considered a joint candidacy with the city of Košice, running as a Košice-Prešov conurbation, but then found out that regulations do not allow this.

According to Jana Pitková, the head of the campaign commission set up by Hagyari at the beginning of February, 12 to 18 towns and cities around the whole of Slovakia want the title.

Hagyari has long criticised the leadership of the national educational institution Matica Slovenská for having supported the town of Martin's candidacy in an official statement. "What makes Martin more Slovak than Prešov in the eyes of the Matica Slovenská leadership?" he asked.

THE TOWN of Senica has re-opened a public debate on the construction of a wind farm nearby.

The Green Energy Slovakia company has shown interest in building the farm since last year, but so far it has failed to get the support of municipal representatives and the inhabitants.

The planned project includes 19 windmills, town Mayor Ľubomír Parízek said. The windmills would have a diameter of about 100 metres with masts of the same height and would cost around Sk100 million each. Parízek said that they would be constructed in the area above the Kunovská Priehrada dam and the wind turbines would also supply power for the nearby towns of Prietrž, Sobotište and Hlboké.

Parízek said that an important factor in the decision will be the Environment Ministry's statement on the project which should be ready by August 2007. He also said that the project is not included in the town's zoning plan and so this would have to be changed.

"And only after having changed it can we can speak about a territorial and constructional decision," said Parízek.

Company representatives said last year that the Senica residents' fears over excessive noise were exaggerated. They said that the operational noise should not exceed 50 decibels during the day and 40 at night. They added that the purpose of building the wind farm is to increase the use of wind energy for the generation of power.