AFTER our intital, brief interaction with Slovakia in May 2004, we went in search of resources to learn Slovak in Ottawa.
One of our first stops was the Slovak Embassy, which was holding an exhibit by Slovak photographers Laco Struhár and Alexander Jiroušek. Entitled The Beauty of Slovakia, the exhibit featured scenes from Slovakia on a large tableau. 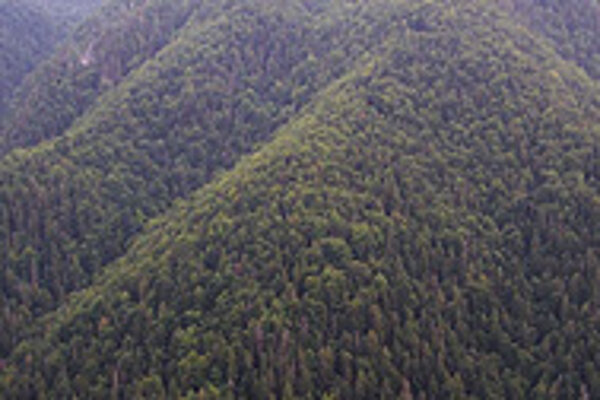 Font size:A-|A+
AFTER our intital, brief interaction with Slovakia in May 2004, we went in search of resources to learn Slovak in Ottawa.

One of our first stops was the Slovak Embassy, which was holding an exhibit by Slovak photographers Laco Struhár and Alexander Jiroušek. Entitled The Beauty of Slovakia, the exhibit featured scenes from Slovakia on a large tableau.

The colours and vistas from the national parks brought out our desire to hike in the country. We tracked down more information right away.

Our wish to acquaint ourselves better with Slovakia took us to Slovak films. At a viewing of 66 Seasons by Péter Kerekes, we were saddened by photographs at the entrance that showed the devastation caused by the wind storms that struck the High Tatras. Some moviegoers donated to aid the recovery.

To this day, we continue to observe the reforestation efforts and developments being proposed in this area.

But that evening, though our knowledge was insufficient to fully comprehend the documentary film, we appreciated the story about characters who recall images of European history while relaxing in their version of a social hub: the swimming pools of Košice.

With support from the Slovak Embassy and their activities, as well as from a few Slovak friends, we read and studied the language for almost a year. Although nothing was booked ahead, except our flights, we felt well prepared when leaving for our next two September trips.

Our travels gave us precious memories and highlights. Upon each return home, we selected pictures to include in an album and others to add to a slide show. Our initial informal display of pictures on a computer screen led to requests by hiking associations and other travel concerns for more elaborate presentations. Keen to share our personal experiences, we have accepted each invitation.

To ensure our facts were accurate and relevant, we explored the history of Slovakia with the help of websites, the local library, and a book by a Slovak-Canadian historian.

The more we learned, the more we appreciated Slovakia's unique character, people and culture, and the more we wanted to share our findings.

Slovakia was not merely a minor part of the Czechoslovak state of the 20th century as taught in school, but a land with a history more ancient than the Great Moravian Empire. It has maintained its language through liturgy since the time of Cyril and Methodius, and has fostered its culture for a thousand years in spite of political dominance by other nations. How could we not be inspired by this example of the persistence of the human spirit?

A wonderful CD entitled Echoes from Mountains complemented our presentations with folk melodies. We explained the story of Jánošík, the Slovak equivalent of Robin Hood, which serves as a reminder of the commonalities among countries and people, no matter the distance.

We added grace to the occasions with a recording by Slovak musicians performing compositions by Johann Nepomuk Hummel (1778-1837), who was known for wanting to create joy through music.

The experience would have been incomplete without food, but how could we find enough authentic Slovak food to feed 120 people? This question was answered by the Slovak Embassy, which announced it would make all the necessary arrangements. The sausages, cheese and homemade pastries it provided disappeared within minutes. Then the audience joined us in thanking the Slovak ambassador and his staff for their support and contribution.

In our talks, we always express our admiration for the gorges, mountains, plateaus, waterfalls, rocks, flowers, caves and castles of Slovakia, as well as the peace that prevails in national parks and most towns. We often refer to the quality of the trails and their accessibility by public transport, the courteous service, helpful information centres, people's patience with our basic Slovak, and the unique dishes, such as halušky.

But we also address more challenging issues, specifically the proposals by Tournigan Gold Corporation, a Canadian company, for open-pit mining of gold in Kremnica and uranium mining near Slovenský raj and Košice. We feel responsible to inform Canadians, most of whom are unaware of the issues, and hope that greater understanding will have a positive impact.

Although we rarely hear or speak Slovak in our daily environment, we find the language's grammatical structures stimulating. Reading popular magazines like Cestovateľ is becoming easier and educational, as we learn how Slovaks describe their country, the current trends, and their views on other countries. Dealing with Slovak websites is now routine, sampling Slovak food is a pleasure, discovering films and music is exciting, and to have Slovak friends here in Ottawa and in Slovakia is an honour. Our lives are filled with something Slovak every day.

While we are currently examining hiking maps, bus and train timetables, and searching for accommodation and other facilities for our visit to the eastern part of Slovakia in 2008, we are already looking forward to seeing the many other regions that we have yet to enjoy.

This is the third and final part of a series on the author's experiences exploring Slovakia.