ROMA'S living conditions in Slovakia, the protection of their rights and their greater integration into society are big political issues not only on the national scale but on the European as well. 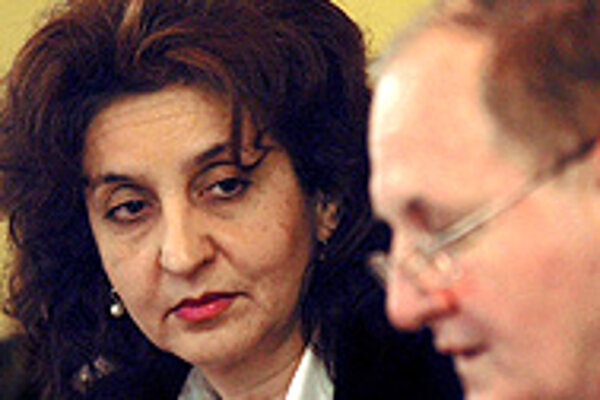 Font size:A-|A+0
ROMA'S living conditions in Slovakia, the protection of their rights and their greater integration into society are big political issues not only on the national scale but on the European as well.

The Slovak government recently recalled its representative for the Roma communities, Klára Orgovánová, saying she was spending too much time and effort on housing projects and not enough on improving education opportunities.

Dušan Čaplovič, the deputy prime minister for human rights and minorities, dismissed her on June 20 in spite of the fact that in August 2006 he said that he would cooperate with her even though she had been appointed by the Dzurinda government.

"I admit I was continuously looking for someone to replace her, because I wanted to deal with the issues that I saw as priorities," said Čaplovič on TA3 television on June 24. "These were confirmed by my frequent meetings abroad, such as at the foundation for education that was negotiating schooling in Budapest and the recent meeting on Thursday or Friday with Mr Parison, the vice-president of Roma, based in Strasbourg, who monitors the situation in Slovakia and wanted to check some things and confirmed that the top priority, I repeat, the top priority is always education."

After dismissing her, Čaplovič criticised Orgovánová for focusing too much on housing projects.

"[They] just build housing projects, and then another project and basically we create closed societies," said Čaplovič.

Čaplovič appointed Anna Botošová as government representative of the Roma communities. When she was appointed on June 20, she told the SITA newswire that she wants to integrate the Roma into the majority population and refuses segregation policies.

"I don't want to build new housing projects or schools," Botošová said. "Roma aren't second class citizens. They are the citizens of the Slovak Republic with the same rights, and also the same duties."

Orgovánová, who worked as the government representative for the Roma communities for six years, did not hide her surprise at her dismissal.

"I learned the reasons for my dismissal from journalists," said Orgovánová. "The reasons he gives are, in my opinion, made up. They are not true. For example, saying that I'm setting up segregated housing projects is nonsense. Certainly, we helped many villages and people because we had money from the Construction Ministry to build flats with."

Orgovánová told The Slovak Spectator that she still thinks housing is the main, but not only, priority.

"We would never focus only on building houses, the building was always in combination with other programmes," she said. "It's useless to carry out an educational program in a village where people have nowhere to live."

According to Orgovánová, Čaplovič simply does not understand Roma issues.

"I have no personal problem with Dusan Čaplovič, I just don't agree with his false paternal approach toward Roma," she told The Slovak Spectator.

The representatives of NGOs also do not agree with Čaplovič's stance on how to deal with the Roma's situation and his firing Orgovánová. Zuzana Szatmáry, director of the Charter 77 Foundation, told the Sme daily that she helped found the office of the government representative for the Roma communities. Now she said she can see Čaplovič taking steps that they wanted to avoid when they founded the office. According to Szatmáry, Čaplovič's attitude toward the Roma is one of false paternalism.

"We shaped the legal framework of the position of government representative for the Roma communities in such a way that the name alone reflects the fact that Roma are not some homogenous entity but that they differ regionally, ethnically, culturally and socially," said Szatmáry. "There is not just one Roma community but several structured Roma communities in which many have conflicting interests. We also wanted to be sure the office never fell into the hands of adventurers and spongers, because there are always many of them on the state and European level and we also wanted to be sure that the office concentrated on and focused its help on those who were really needy. We despised the concept of tolerance, whose principle is the patronising charity of the stronger for the weaker, the educated for the non-educated, the rich for the poor. This principle goes only one way and that's why it's debasing."

Šarlota Pufflerová, director of the Občan a Demokracia (Citizen and Democracy) foundation, criticised the fact that the office of government representative for the Roma communities lacked necessary powers from the very beginning, which restricted the office's activities.

"The problem is that the office of the government representative for the Roma communities is not about deciding anything," Pufflerová told The Slovak Spectator. "The person who holds this office doesn't have, in my opinion, effective ways of communicating and the opportunity to make decisions.