PM: Let them have their hospitals

STRICTER control of public funds within the health care sector, further changes to VAT rates and corrections to the system of pensions and social care are what Slovak Prime Minister Robert Fico promised to senior business executives during the Economist's eighth business roundtable with the Slovak government. 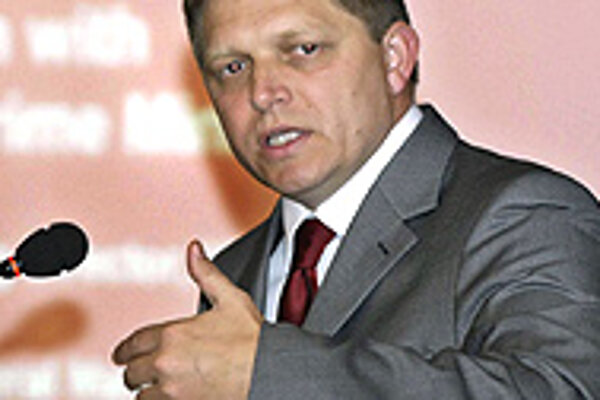 Font size:A-|A+0
STRICTER control of public funds within the health care sector, further changes to VAT rates and corrections to the system of pensions and social care are what Slovak Prime Minister Robert Fico promised to senior business executives during the Economist's eighth business roundtable with the Slovak government.

"Everything profitable in Slovakia's health sector has been privatized and everything that produces losses has remained in state hands," Fico told the June 25 roundtable, a part of the Economist Conferences, which since 1956 have brought together business leaders and state officials around the world for off-the-record government roundtables.

The state will shape the healthcare market so that it no longer allows private companies to profit from public funds and inspires them to move their business to the private sector, said Fico. The prime minister also promised to change the state's drug policy and the management of healthcare facilities in order to support this plan.

Fico's ruling party Smer has been advocating a stronger state presence in the country's health care system and has produced a draft revision to the Act on Health Insurers, which would prevent these companies from using their profit to pay dividends to their shareholders. The revision also lowers the limit on collected premiums that health insurers can use to cover administration costs from the current four percent to three percent, and obliges insurers to spend their entire profit on health care coverage. The insurers said that the draft is at odds with both the country's constitution and international agreements.

It is unacceptable that private health insurance companies are making a profit from public resources, Fico said during the panel, which was also attended by private investors who operate in the country's healthcare sector.

"Let them have their private hospitals or provide private health insurance," Fico said, adding that public funds still need to be managed by the state, which the prime minister believes can still manage property well.

People who represent the state in hospitals can work just as effectively as people who run private businesses, said Fico when responding to Jaroslav Haščák from Penta Investments, one of the largest private investors in the healthcare sector, who had asked the prime minister how he wants to motivate the management of hospitals to work effectively and be patient-oriented in areas that are to remain in state hands.

Šimončič is the president of the American Chamber of Commerce, an organisation whose members produce 20 percent of the country's GDP. During the conference he called for an increase in effectiveness in the state sector.

The lack of qualified labour that looms over Slovakia opens up new challenges for both the state and the business community. Some investors are already discussing the option of bringing in workforce from other countries such as Vietnam, said Šimončič.

"The challenge is in producing enough well-trained people but also in finding a way to keep them in Slovakia," said Šimončič, adding that it all requires investments into the education sector and finding a way to connect it to the business world and its needs.

The training of new professionals should be tuned towards the automotive sector and the ecosystem of sub-suppliers, Weber said. The country also needs an effective consultation mechanism for drawing the Sk500 billion of structural funds it has available, which in fact could serve as a serious boost for the economy if the process is planned and coordinated effectively and if the money is not wasted on projects with short-term effects, said Weber.