Uranium - genie in a bottle?

A URANIUM deposit found on the grounds of the Sport and Leisure Complex Jahodná near Košice could supply Slovakia's nuclear power plants for decades and help the country free itself from its dependence on Russian uranium, energy experts say. The $4 billion uranium deposit was found at a time when the mineral's price on the world market has climbed to $125 a pound and is still growing. 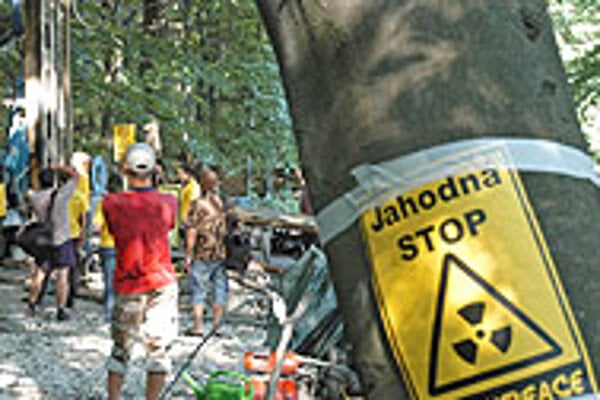 Font size:A-|A+
A URANIUM deposit found on the grounds of the Sport and Leisure Complex Jahodná near Košice could supply Slovakia's nuclear power plants for decades and help the country free itself from its dependence on Russian uranium, energy experts say. The $4 billion uranium deposit was found at a time when the mineral's price on the world market has climbed to $125 a pound and is still growing.

The uranium deposit near Košice would be the biggest investment in the field of uranium mining in Europe, Ľuboš Tomík from the Centre for Nuclear Safety in Central and Eastern European Countries told the Pravda daily.

It would seem that eastern Slovakia would have reason to be optimistic about its energy prospects, but the Košice Region is not.

"Uranium mining would mean serious danger for the inhabitants of the city and the surrounding villages," Jana Geročová from the press department of the Košice city hall told The Slovak Spectator. "The risks that uranium mining brings would be unbearable, considering the density of population around Košice. It's like letting a genie out of a bottle."

Jahodná, where the uranium deposit was found, is only six to eight kilometres from Košice and is part of the Košice forest park, said Jozef Šuchta of the Košice Region administration. In terms of tourism and recreation, the location has more than just regional significance. It is an important ski resort and has a lot of potential for winter and summer tourism that can be developed and, according to Šuchta, the town hall insists that the area will be used in this way.

The area is part of Volovské Vrchy, a bird reserve of European significance, and is also near Stredné Pohornádie, a protected area that is part of the Europe-wide Natura 2000 network. The location is also part the Čermelský Potok reserve, which is an important source of drinking water for Košice and the surrounding areas.

While environment watchdog Greenpeace has started a petition against the mining and so far around 40,000 Košice inhabitants have signed it, one of the original founding members of Greenpeace came to Slovakia in June to defend the uranium mining plans.

"I'm sure that this project is right," said Patrick Moore, an environmentalist who promotes the use of nuclear energy, according to the HNonline news server. Moore was speaking in support of the project planned by the Tournigan Gold Corporation, a Canadian company that wants to start uranium mining in eastern Slovakia. The company is known in Slovakia for its efforts to restart the gold and silver mining industry near Kremnica in central Slovakia, where they are also facing protests from the Kremnica municipality and the Ministry of Agriculture.

Moore, who visited Košice as the Tournigan Gold Corporation's main consultant, argued that Slovakia needs the uranium deposit to ensure its self-sufficiency in nuclear power production for the next 30 years.

The location would be turned into modern underground mine with almost no impact on the environment and people's health, Moore said, according to HNonline. Moore is known for his support of nuclear energy as the only proper response to climate changes and the looming energy crisis.

"Moore hasn't worked for Greenpeace since 1985, he doesn't belong among the founders of the organization and he's never published his works in scientific peer-reviewed magazines," Juraj Rizman from Greenpeace Slovakia told The Slovak Spectator. Rizman said that Moore's activities are a form of PR that ecologists usually call "greenwashing" - creating a deceptive green image for non-ecologic companies and projects.

"We are not surprised that the people promoting uranium mining and building more nuclear power plants in Slovakia invited Patrick Moore," Rizman said, adding that Moore is willing to go anywhere and promote anything for pay. His stay in Slovakia was meant to confuse the public and to "greenwash" some environmentally controversial projects, such as the uranium mining in Košice, said Rizman.

Greenpeace said the biggest risks are not connected with the mining itself but with the uranium processing. When uranium is handled, the released amount of radon, radioactive gas that causes lung cancer, increases, said Rizman. The waste rock still contains 85 percent of the original level of radioactivity and toxic materials such as lead and other heavy metals.

"The experience of other countries show that the waste management and the liquidation of the waste dumps that remain in the region after the mining are problematic and financially demanding," Rizman said.

The Tournigan Gold Corporation originally had said that the raw material would not be processed at or near the mine. However, after the uranium deposit was proved to be three times bigger than expected, the company admitted that the processing would take place in Slovakia, the ČTK newswire reported.

Košice and the regional government have another argument against the mining: Establishing a mining resort in Jahodná does not correspond with the area's zoning plan. Zdenko Trebuľa, head of the Košice Region administration, has already sent a letter to the Ministry of Construction and Regional Development reminding the government that the master zoning plan adopted by the municipality and the regional government is binding for decisions about the use of the area, according to the country's legislation. The role of the ministry is to guarantee that the law and the Region's master zoning plan are respected at all times, Šuchta said.

"In case the ministry doesn't respect the construction act, we would turn to the Slovak government and to prosecutors, but we don't think this will be necessary," Šuchta told The Slovak Spectator.

"The municipality can still use its right to appeal against the decision in case the mining is allowed," Geročová said.