"It's not easy living in Luník IX, a neighbourhood where the number of inhabitants is double its capacity," priest Jozef Červeň, a missionary living in Luník IX, says in his blog.
Unemployment is a major issue for Roma in Slovakia, and nowhere more so than in this a Roma ghetto on the edge of Košice. 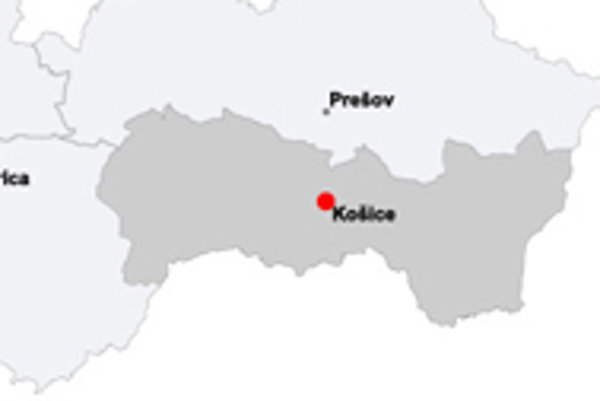 Unemployment is a major issue for Roma in Slovakia, and nowhere more so than in this a Roma ghetto on the edge of Košice. The majority of those living in Luník IX are long-term unemployed. The few that can find work are already working but most get by on short-term jobs and social support. Many of Luník IX's residents do not pay rent and those that do have to suffer along with their neighbours when utilities are cut off. There is a clear need for projects that will create more employment and education opportunities for Roma, as well as encourage and motivate them.

For three years, Červeň and the civic association Romintegra 7777 have been contributing to the Equal Opportunities project run by the company U.S. Steel Košice. The company said that the project cooperates with the Košice Region and local non-governmental organizations to find ways to increase opportunities for Roma in the fields of education and employment. Thanks to Equal Opportunities, 150 people from Roma communities in Luník IX, Šaca and Veľká Ida now work for U.S. Steel Košice, most of them as seasonal workers.

The problem met with most often in the case of Roma employees is their lack of qualifications. In order to help them improve their chances on the labour market, U.S. Steel Košice works with SOU Hutnícke a Gymnázium Košice-Šaca (Košice-Šaca College of Metallurgy and Secondary School) to organise five-month courses for selected Roma. This year, 16 of them received a certificate and the two best have signed employment contracts with Vulkmont, a daughter company of U.S. Steel that already has nine Roma employees.

"It's not easy to find a permanent job in the Košice Region," Jana Sekeľová from Vulkmont's HR department told The Slovak Spectator, adding that U.S. Steel's daughter companies also have a quite strict recruitment process. Candidates have their interview held in front of a commission. The chosen candidates are given an assessment in which their skills and the way they use them are examined. This is the reason why Roma employees appreciate their jobs and they approach them very responsibly, said Sekeľová.

"Those who get a permanent job with a decent salary start living a different life," Červeň told The Slovak Spectator. Suddenly they can afford things they never could before and many of them start thinking more about the future, he said.

First of all, said Červeň, they want to invest in their children's education. Based on his experience with Roma workers, they want to keep their jobs at all costs. Even when they are ill, they prefer to take a holiday instead of exercising their right to sick leave.

According to Sekeľová, Roma employees work in various positions in Vulkmont's production centres. They need to be skilled experts, because the work they are doing is specialised and varied, Sekeľová said.

"The fact that three of our Roma employees work as foremen is evidence of the quality of their work," she added. According to Patrik Ivanišin, director of Vulkmont, a Roma employee was named the best employee at one of their centres, the STV news channel reported.

The two new workers from Luník IX have a chance of being promoted if the employer is satisfied with their work, said Sekeľová.

"We were given a chance to participate in the course and get a full-time contract and I'm glad I got the job," Jozef Horvath, one of the new employees from Luník IX, told the TASR newswire after signing the contract.

A common stereotype in Slovakia portrays Roma as being lazy. Červeň said that it is true that most of them are unemployed and that this is caused by a lack of motivation.

"Roma avoid work because the social system is still very generous, gives blanket coverage to everybody and does not motivate them to work," he explained, saying that a merit system could solve a lot of problems. If social allowances were only paid under the condition that the receiver did some beneficial work, many would take a full-time job where the same work is paid much better. Other effective methods would be to pay employees more than once a month and to pay the best workers more instead of paying a lump sum to everyone, said Červeň.

"If Roma know what they are working for they are able to do quality and responsible work," he said.

The community benefits from U.S. Steel's project, but, according to Jozef Červeň, the unemployment rate at Luník IX is still above 90 percent.

"Only a few people are getting jobs through the project and I think it's necessary that other companies start similar projects in Košice as well," he said.

Sources: Statistics Bureau of the Slovak Republic, portal.statistics.sk, and the National Bank of Slovakia, www.nbs.sk. All figures current as of December 31, 2006, except for *