THE RULING coalition's Movement for a Democratic Slovakia (HZDS) is unhappy with how the country's intelligence service is run.
"The management of the Slovak Intelligence Service (SIS) lacks transparency and no one really knows what is happening there," HZDS chairman Vladimír Mečiar said during a political debate on the television channel Joj, while lashing out at the senior ruling party Smer. Mečiar said his party no longer trusts the SIS because it lacks supervision and because Smer has been transforming it into its own intelligence service. 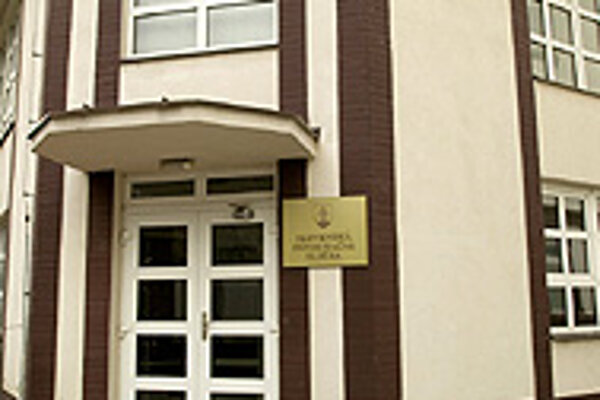 Font size:A-|A+
THE RULING coalition's Movement for a Democratic Slovakia (HZDS) is unhappy with how the country's intelligence service is run.

"The management of the Slovak Intelligence Service (SIS) lacks transparency and no one really knows what is happening there," HZDS chairman Vladimír Mečiar said during a political debate on the television channel Joj, while lashing out at the senior ruling party Smer. Mečiar said his party no longer trusts the SIS because it lacks supervision and because Smer has been transforming it into its own intelligence service.

"In terms of SIS personnel, this service has been turned into a single party's service," Mečiar said on Joj on July 1.

"The current management of the SIS does not have our trust and we will not support it," Mečiar said on Joj on the same day, adding that his party would not vote for the SIS' budget. "Even if we were deceived in 2006 when the budget was drafted, we will not be deceived in 2007."

Magala was nominated by Smer, while the HZDS has been unable to push through its candidate for the SIS since last summer, when the party entered the ruling coalition. One of the SIS deputy director posts should go to the HZDS, according to the ruling coalition's agreement. Political analysts said that Mečiar's recent statements show that he has not given up the idea of having his nominee in the intelligence service. Mečiar said on the television channel Markíza last December that he had submitted the name of another candidate to Prime Minister Robert Fico.

"The failure in pushing through their own candidate is obviously one of the reasons why Mečiar is attacking Smer," Ivo Samson, security analyst with the Slovak Foreign Policy Association, told The Slovak Spectator.

HZDS MPs chose to express their discontent with the management of the SIS by refusing to support the annual SIS report in parliament. Tibor Mikuš was only HZDS member of parliament who voted in favour of the report delivered by Magala.

"We expressed our distrust of the SIS," said HZDS MP Ján Kovarčík, a member of the committee set up to oversee the SIS.

Political scientist Miroslav Kusý said that the HZDS has been demonstrating its dissatisfaction in vain and that a crisis in the ruling coalition is not imminent.

"The HZDS signed such a slavish coalition agreement that Smer is not obliged to anything," Kusý told The Slovak Spectator, adding that their discontent will not result in any serious crisis.

In fact, official governmental channels keep confirming that the situation within the ruling coalition has been calm and there is no crisis.

"Mr Prime Minister has said that relations within coalition are good and correct," Glendová said. However, she also added that Magala will remain the director of the SIS.

Mečiar's prime nominee for the SIS was Igor Urban, who served as head of the parliamentary SIS oversight committee when Mečiar's close ally Ivan Lexa ran the intelligence service, who, among others, was suspected of being involved in the abduction of Michal Kováč Jr to Austria. The announcement of the candidacy of Urban, who served as the regional head of the HZDS in the Prešov Region, evoked a fiery protest from both the opposition and the media. Urban currently serves as the director of Slovakia's Security Council, which oversees all the country's security units and coordinates their activities in cases of emergency.

"He [Mečiar] knows the value of intelligence information and intelligence games and he knows what kind of power results from it," said Samson. "Since his governmental partners rejected his nominee for the SIS leadership, he feels helpless. In the SIS, he fears, evidence of his own connection with former SIS director Ivan Lexa and possible evidence of criminal activities of the former government might remain [in SIS archives]. This seems to be the reason for his negative stance toward the present SIS representation."

The third member of the ruling coalition, the Slovak National Party (SNS), also has had issues with Slovakia's intelligence services.

Mečiar has even said that the SNS threatened to quit the ruling coalition over personnel issues in the military intelligence services.

"For a while it seemed that the rhetoric would get tough and they would try to scare us a little, but it wasn't so bad that it would endanger the coalition," Mečiar said. "That day, I repeatedly negotiated, several times, two times, with Ján Slota and Robert Fico. We dealt with it."

"We expressed our opinion of several officials, but these were not things that would make us leave the coalition," SNS boss Slota told the media, but refusing to specify names of intelligence officials his party disliked.

The SNS has always been interested in the Defence Ministry, said Samson. "The party sees Slovakia as being under a constant foreign threat, especially from Hungary, and believes that as an 'ethnic guardian of the nation' it should be involved in the decision making process at the Defence Ministry, because this unit's role includes fighting against internal enemies," Samson said.

Jozef Šimko, the chairman of the special parliamentary committee that oversees the activities of Slovakia's military intelligence said he doubts that members of the ruling coalition had political reasons for talking about staffing problems within the SIS.

"This seemed immensely inappropriate to me," he told The Slovak Spectator adding that personnel changes in military intelligence are far too frequent.

"When the first change occurred, Defence Minister František Kašický talked about certain illegal things, allegedly committed by some officials of the military intelligence," Šimko said. "Heads of both military services are statutory officials, so the minister had to deal with the consequences of the development. Then new people came and again there was another change. Of course, a minister is authorized to do that but it seems worrying to me. I do not like the frequency of these changes."

The reports on SIS operations and the two military intelligence services, which were presented to parliament on June 29 by Magala and Kašický, warned of the threat of terrorism in Slovakia, according to newscasts.

The officials said that there might be some groups in Slovakia that would support terrorism.

According to the head of the parliamentary committee to oversee SIS activities, Pavol Prokopovič, the report drew attention to the fact that the terrorist threat is still relevant in Slovakia.

The NATO and the EU see the issue of terrorism as a crucial security challenge and it remains the main security plague of our times, Samson said.

"I only doubt whether terrorism represents a real security threat for Slovakia," Samson said. "In the case of the last SIS report, both the SIS and the other two military intelligence services largely used, and obviously even misused, the priority of the EU and NATO's terrorist agenda. For this agency it might represent a good opportunity to ask for higher allocations from the state budget."

According to Samson, Slovakia is not very interesting for Islamist terrorists: "Terrorism is about publicity and the public profile of Slovakia is quite low. For this reason, I think that the SIS report is more utilitarian than pragmatic and sincere."

Samson also admitted, that terrorist "risk groups" exist in Slovakia. Measured against the fact that all recent terrorist attacks against civilians in Europe have been committed by Muslim terrorists, the threat of such a type of terrorist activities in Slovakia was still low. "The Muslim community, including the so-called "converts", is small (several thousand people, obviously not more than three to five thousand). Most of these people are definitely Muslims, but not fundamentalists, not to speak about "Islamists"," Samson told The Slovak Spectator.

"If the SIS is able to monitor risky elements in the Muslim community in Slovakia, it should be seen as a positive step," said Samson. "Some individuals in this community might be, admittedly, quite risky. This, however, does not necessarily imply the danger of terrorist attacks."

The report also suggested that there were certain links between organized crime and politics, which threatens the military-economic interests of Slovakia, the media reported.

The SIS cannot deny its previous reports, which hinted that there was corruption in governmental agencies and that some governmental officials had links to organized crime, said Samson. If the SIS would now say that there is no threat to "Slovakia's military-economic interests ", it would discredit itself since its reports from previous years included this warning.

Ex-defence minister Juraj Liška said the report on the military intelligence services included the fact that the defence of Slovakia was allegedly endangered by the sale of surplus military materials abroad. However, Liška denied the threat.

"It is approved by a commission at the Economy Ministry, which has at its disposal information from all of Slovakia's intelligence units," Liška told the Hospodárske Noviny daily in February. "It is completely misleading to put it in such a context."

According to Samson, selling surplus military material to foreign countries (be it Afghanistan or somewhere else) has definitely been an attempt at meeting obligations towards the country's allies. A part of this military material was, however, not sold, but simply delivered as a contribution to friendly nations (especially Afghanistan), he said.

"I think that the delivery of surplus material to Slovak allies could not in any way endanger the security of Slovakia," Samson told The Slovak Spectator. "The Economy Ministry's role in this business is only to check the credibility of arms companies.

"Evaluating security threats connected with the export of weapons to certain countries is up to the Foreign Affairs Ministry. I reckon the information from military intelligence is incorrect, but I also think that the former Defence Minister (Liška) does not have any idea about how arms exports work in this country."