Poprad - the best-kept secret in Europe

POPRAD is the main gateway to northern Slovakia. However, the Poprad airport, located only a few kilometres from Slovakia's main tourist attraction, the High Tatras, remains unknown to most foreigners. 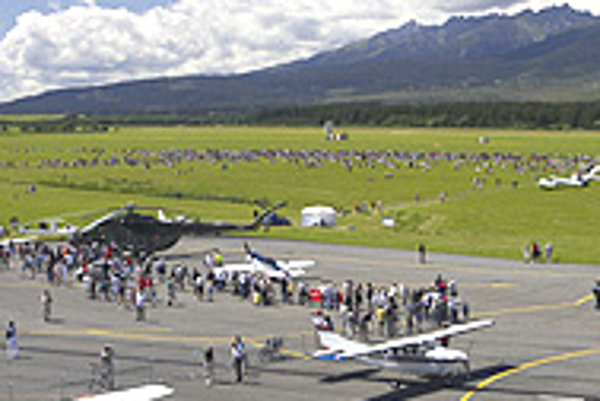 Font size:A-|A+0
POPRAD is the main gateway to northern Slovakia. However, the Poprad airport, located only a few kilometres from Slovakia's main tourist attraction, the High Tatras, remains unknown to most foreigners.

The Tatras and the Spiš regions are among Slovakia's most popular summer and winter holiday resorts and tourism has become the main source of income for many locals.

During the first five months of 2007, the Poprad airport served 34 percent more passengers than last year. Last year from January to May, the airport served 19,000 passengers, while this year more than 25,000 people have passed through it. New regular flights to Prague and London have been the main cause behind the increase in passengers, the STV television channel reported.

Private flights and charter flights from Kiev, Moscow and Tallinn have also contributed to the increase in traffic, reported the Poprad airport.

SkyEurope, which operates a flight between Poprad and London, chose the airport because of its proximity to the tourist resorts and also because there is a large community of people in the region who live and work in the United Kingdom, said Jason Bitter, chief executive of SkyEurope.

"The flights are full and we are happy that Poprad works very well for us," Bitter told The Slovak Spectator.

When Czech Airlines (ČSA) opened their Poprad-Prague route their target group was business clients from the High Tatras region, who would fly to Prague to have access to more distant destinations. Daniela Hupákova, ČSA spokeswoman, said that their morning arrival in Prague is especially convenient for passengers who want to catch a ČSA flight to Amsterdam, Brussels, Warsaw, Munich, Hamburg, Paris, Hanover, Stuttgart, Düsseldorf, Zurich, Copenhagen, Frankfurt, Berlin, New York, Montreal or Toronto.

SkyEurope and Czech Airlines are the only two companies operating scheduled flights from Poprad. This summer, charter flights to Bourgas, Bulgaria, will fly from Poprad as well, says the airport's website. SkyEurope also flies from Košice, not far from Poprad.

"There is little bit of overlap but Poprad has the tourist element," Bitter said, adding that the region's potential is great, since the airport will develop as tourism develops.

Thanks to the London flights, the number of British tourists has been increasing and SkyEurope would like to work more closely with the Slovak tourism authorities as well as the Spiš region and the regions around Prešov, said Bitter. He added that the area definitely needs more investments.

"It's a beautiful mountainous region and nobody knows about it - it's the best kept secret in Europe," Bitter said, adding that the government and the people should both promote the region. If it is done right, there will be a lot of potential, he said.

"When it comes to the services offered, SkyEurope's experience is very good," said Bitter.

However, there are some concerns about passenger services, such as the airport's accessibility. Passengers can hire a car or take a taxi, but the airport is not connected to Poprad by any local public transport.

"We could solve this problem, but there has been no request from the municipality nor the airport," Katarína Mináriková from Slovak Bus Transport Poprad told The Slovak Spectator.

The Poprad airport is the highest international airport in Central Europe as it is located at 718 metres above sea level, which is about 150 metres higher than Innsbruck in Austria, reads the airport's website. "Despite this fact, arrivals and departures require neither special procedures nor crew qualification, because Poprad Valley is wide and allows a straight approach in runway direction."

The airport is open all seasons and is able to accommodate most short and medium range airliners with a capacity of up to about 200 passengers.

The history of the Poprad airport goes back to 1938, when a grass military airfield was established west of Veľká village, now part of the City of Poprad.

According to the airport's website, from 1970 to 1990, an average of around 70,000 passengers passed through airport each year, but after the fall of communism in 1989, there was a substantial decrease. In 1996, all scheduled flights stopped. However, the flights were reintroduced on a seasonal basis at the beginning of the 21st century.

Over the past few years, the Poprad airport has handled seasonal charter flights from Russia, Ukraine, Estonia and Germany. Planes that have to be diverted because of bad weather in Košice also land at the Poprad airport.