Project aims to balance the inequalities

PREŠOV REGION is near the bottom rung of the European ladder with one of the lowest GDPs in the EU.
Although Slovakia's eastern regions have always lagged behind Bratislava and the more western regions when it comes to innovations, services and regional development, Prešov Region in particular has struggled with serious employment problems and low per capita income. 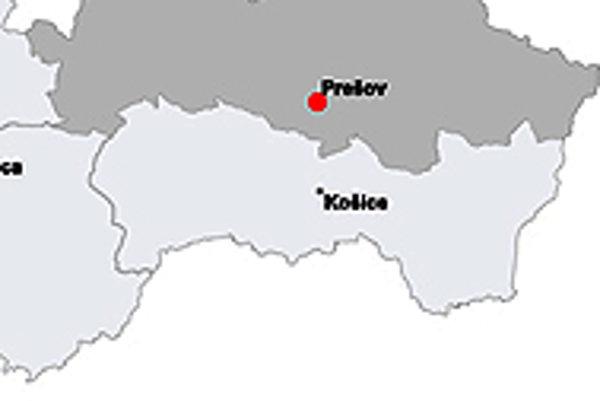 PREŠOV REGION is near the bottom rung of the European ladder with one of the lowest GDPs in the EU.

Although Slovakia's eastern regions have always lagged behind Bratislava and the more western regions when it comes to innovations, services and regional development, Prešov Region in particular has struggled with serious employment problems and low per capita income.

Potential investments could cure these economic illnesses, said Július Takáč of the Strategic Development Department of the Prešov regional government. However, the region needs to offer some attractive services, innovations and better developed infrastructure, said Takáč.

"Innovation centres are one of the conditions for the sustainability of companies in the region," Takáč told The Slovak Spectator.

At the moment, Prešov is working on a project that aims to help the region catch up with more advanced European regions.

The Regional Innovation Strategy (RIS) project aspires to bring together a stable team of experts, entrepreneurs, researchers and educators willing to participate in building up the region by being active in the areas of innovation, science and research, and applying these results to practical life, according to the Prešov regional government's website.

The project hopes to improve the region's chances to use financial resources from the EU more effectively and "show us how to act in order to become an innovative region", Takáč, who is also the project's co-ordinator, told The Slovak Spectator.

Identical projects have been carried out in 120 regions in the EU25 and candidate countries. These projects are currently being run in 33 regions across the EU and EU candidate countries, including all of Slovakia's regions except for the Bratislava and Nitra regions, which ran the projects from 2002 to 2004, the Prešov regional government said.

The projects are part of the activities of Innovating Regions Network in Europe (IRE), which was set up by the European Commission in the mid-1990s to facilitate the exchange of experience and best practices among European regions. The project is designed to enhance the regions' capacity to support innovation and competitiveness among regional firms by developing and implementing regional innovation strategies and schemes, says the IRE website.

Prešov Region joined IRE in July 2005 and started implementing the project the same year. Membership in the IRE brings benefits such as the co-ordination of activities of the regions that are involved in the RIS projects, said Takáč.

"The effective exchange of information, positive examples and trends function in the network," Takáč told The Slovak Spectator.

"The most important aspects of the region's strategy are steps leading to a rising employment rate, support for entrepreneurs and an increase in the quality of human resources," he added.

According to Takáč, Prešov Region is not lacking in natural, cultural and historical potential. The main advantage of the Prešov regional business environment is the diversity of production areas and the presence of traditional industry sectors, such as machine engineering, the textile industry, the chemical and pharmaceutical industries and the dynamically developing wood-processing industry.

Takáč said that other positive aspects include the region's network of secondary schools and the University of Prešov, as well as the presence of the Faculty of Production Technologies of the Technical University of Košice in the Prešov Region.

"After all, it is important to know what steps need to be taken and to harmonize our requirements with the possibility of drawing EU funds; for this reason it is an advantage for us that the [RIS] document is being created at the same time as the Slovak Republic is getting ready for the 2007-2013 funding period," he added.

The project is being monitored by a supervisory commission that involves project partners and external experts including state administration bodies, municipalities, NGOs and entrepreneurs.

"The most active partners involved are the RICP Prešov, the University of Prešov and the Faculty of Production Technologies in Prešov, together with the cities of Prešov, Poprad and Humenné," Takáč said, adding that the authorities are happy to have representatives of business sector also involved in the project.

Although the project is scheduled to run until the end of January 2008 and the Regional Innovation Strategy document is not yet finished, people involved in the project are already speaking about the project's first successes.

"I think our main success was identifying players in the area of regional innovations, mainly the companies, and mobilizing them for an active approach to the project," Takáč said. He listed other successful steps as defining the region's weaknesses and strengths and the priorities the region wants to work on. The weaknesses are the region's high unemployment rate, low income per capita and the trend of young people leaving the region to work in Slovakia's western regions or abroad.

People involved in the project plan to present the RIS Presov at the Open Days 2007 - European Week of Regions and Cities, which will be held from October 8 to 11 in Brussels. The event is organised by the Committee of the Regions and the European Commission's Regional Policy Directorate General.

Although the Slovak ministries of economy and education are involved, they are not funding the project; it is being fully financed by the RIS and EU funds.

Sources: Statistics Bureau of the Slovak Republic, portal.statistics.sk, and the National Bank of Slovakia, www.nbs.sk. All figures current as of December 31, 2006, except for * Dec. 31, 2004. All euro conversions are based on current exchange rates.