PHOTOGRAPHER Lucia Nimcová has won this year's Oskár Čepan Award for young Slovak artists.
The jury announced the results on June 29. The winner was chosen from four finalists, who had one month to prepare their exhibitions for the jury.
The other three finalists were Erik Binder, Patrik Illo and Filip Jurkovič. 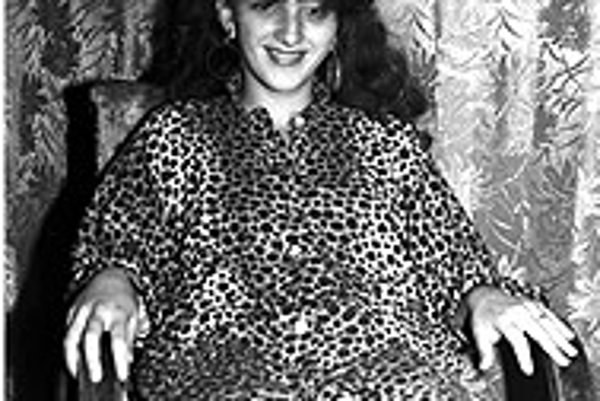 The jury announced the results on June 29. The winner was chosen from four finalists, who had one month to prepare their exhibitions for the jury.

The other three finalists were Erik Binder, Patrik Illo and Filip Jurkovič.

"We were deciding between two entrants, Erik Binder and Lucia Nimcová," said Dušan Brozman, the head of the artistic commission and Slovak visual art expert. "It was difficult because it is impossible to say that one work is better than the other one. It was necessary to locate what signal we as the jury will give by our selection.

"In the case of Erik Binder, we liked very much his extensive and witty site installation.

"Photographer Lucia Nimcová takes documentary photos, then searches for photos in archives, in particular in Humenné, from the 1970s and 1980s, i.e. the past socialist regime. By inter-linking the old photos with her new photos she combines the past . . . and the present in an intelligent way."

The jury favoured Nimcová's entry because it thought this serious look into a past that many people in Slovakia are still trying to cope with was important.

"She is dealing with collective memory," Brozman said.

The photos reveal changes, as well as things that have not changed. Sometimes the same people are sitting in the same offices as they did 20 years ago.

For Nimcová, winning the award is about bringing the work she laboured on for a whole year to Bratislava.

"This is not so important for me as for the archives," Nimcová told The Slovak Spectator. "I wanted people to see them and start to think about how the past is influencing the present."

"These are documentary photos of the socialist regime's culture and everyday life during the 70s and 80s," she said. "The time-consuming work of scanning those archives and negatives has also influenced my own personal visual language in photography. Some of my photos from the present days are inspired by the archive."

Nimcová said the recognition was important to her.

"This award means a lot to me," she said. "I had the feeling until now that nobody here in Slovakia was noticing my work in any significant way.

"The last projects I did in Slovakia were in the east of the country and in Humenné. It was important for me to bring what I am doing outside, into the regions, and not only to centralize everything in Bratislava."

Nimcová presents her work in the video project Work Demonstration I and II, compiled from archive photos. With the photos combined with music, she recalls the recent history of socialist Czechoslovakia in a witty way, including laudatory slogans honouring the Soviet Union, and meetings or congresses of the Communist Party.

Nimcová's project, along with those of the three other finalists, are exhibited at Bratislava's Medium Gallery until August 5.

A record number of 48 artists entered the 12th year of the competition. Most entries were photography, painting, site installations, video art and multimedia projects.

The award for Nimcová also includes a six-week stay in New York, an exhibition after she returns in 2008, and a check for Sk80,000.

The award for young Slovak artists up to 35 years of age was launched based on the initiative of Wendy Luers and a similar award granted in the Czech Republic.

During its previous years, it was run by various organizations, and the Contemporary Art Foundation (NCSU) in Bratislava took it over in 2001.

The Oskár Čepan Award differs from other awards that have been emerging in Slovakia because it tries to map and present the latest and the most contemporary art. At the same time, it provides space for presenting various media and genres of contemporary arts, thus it does not focus on only one type of art.