SOME OF the country's top governmental officials earned millions of crowns on top of their ministerial pay last year, according to the property returns of public officials published by the Parliamentary Conflict of Interest Committee. 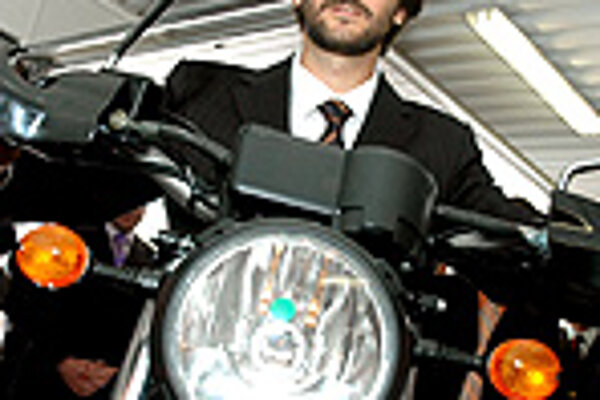 Font size:A-|A+
SOME OF the country's top governmental officials earned millions of crowns on top of their ministerial pay last year, according to the property returns of public officials published by the Parliamentary Conflict of Interest Committee.

Počiatek was registered as a business associate in several companies until the elections. He also listed among his properties worth more than Sk240,000 (€7,221) a watch and other jewels, clothing, and collection of statues and paintings. Apart from that, he owns developed lots, a garage and an unfinished building near the Slavín memorial in Bratislava.

According to Počiatek's spokesman, Miroslav Šmál: "The finance minister fulfilled his legal duty, and there is nothing more to be said."

In addition to his income, Kaliňák also bought a new flat last year. He listed four apartments in his 2005 property return, but five in last year's return.

He would not comment on whether it was also paid for with income from business activities.

"The minister did what he was supposed to do," he told The Slovak Spectator. "The rest is his own business."

Tomáš said there was nothing wrong with the minister earning such a large amount yearly, in addition to his remuneration.

"If he gains it legally due to his skill and hard work, then there is absolutely nothing wrong with it," Tomáš said.

Mečiar refused to answer the media's requests for more detail about the properties and about how much they cost him.

"All the information is on the website," HZDS spokesperson Mária Babinská was quoted in the Pravda daily on July 7. "Mr Mečiar has no comment."

Mečiar was criticised in the late 1990s for buying the Elektra bed-and-breakfast, worth Sk40 million, and having it lavishly renovated without ever explaining where he got the money to do so. He claimed for about the half of the 1990s that he owned nothing except for a three-room flat in Bratislava and an Opel Corsa.

Zuzana Wienk, the CEO of the non-governmental organisation Aliancia Fair-Play, lashed out at the politicians' property returns.

"The property returns that are published on the parliament website are very vague, and they completely hamper any supervision and overview concerning the property of constitutional or public officials," she told The Slovak Spectator. "In my opinion, they ridicule the principles of the approved act, as well as the citizens who have the right to check whether representatives elected by them - but also other people - really represent the public interest, or whether they can get into conflicts with some personal interest."

Wienk further claimed that the most recent decisions of the Conflict of Interest Committee sparked her doubts about whether the committee itself follows the conflict-of-interest principles.

"And it is questionable whether it defends the public interest in these actions," she said.

By this, Wienk hinted at the case of Health Minister Ivan Valentovič, who was quoted in an advertisement this spring, even though the law does not allow this. But according to the committee members, he did not break the law.

The name of Justice Minister Štefan Harabin was mentioned in connection with his family using the ministerial car in Harabin's absence. The committee did not observe any breach of the law about conflict of interests.

"These cases do not show that the committee is determined to carry out pro-active monitoring of respecting the law and to observe that the public interest is satisfied," Wienk added.

Wienk also criticized the fact that politicians do not have to specify how they obtained their income in the property return forms, even if there are millions of crowns involved.

The biggest problem with the property returns is the fact that the villas, cars and flats are not specified more in detail, nor is their market value, she said.

"This means that maybe several years ago, (a politician) owned a small house for their parents worth one or two million crowns in Orava, and if it has changed during a period of time into a villa worth Sk40 million, the public has no chance of learning about this," she said. "So, naturally, people have no chance of asking the committee that is supposed to monitor the observance of this law, or (ask) whether this (property) has been checked. And it has no chance at all of asking for an explanation or a rectification."

Tomáš said the Interior Ministry agrees with the need to specify the contents of property returns.

"The Interior Ministry holds with every way of making the property returns transparent," he told The Slovak Spectator. "However, the possible proposal should respect all rights of the persons involved in the matter."

The Chairman of the Smer caucus, Miroslav Číž, criticised the current way of filing property returns.

"Well, this is really nonsense, useless nonsense," he told Sme on July 10. "We are busy with the formal aspect, whether someone filed it in time or not - and that is all."

Rafael Rafaj of the SNS disagrees. The contents of property declarations, he told Sme on July 10, are "a long-time standard," and they should represent only a summary of the properties.

"I do not know whether it would be kosher to publish the properties' exact value, because it's all relative," he said.