SLOVAK Radio (SRo) has been on a diet and it seems that cutting costs, saving funds and reducing the number of employees is a long-term prospect for the Slovak public broadcaster. Slovak Radio also received some unwanted media exposure when tens of thousands of Slovaks received notification from the law firm Lawyer Partners, giving them a choice between paying thousands of Slovak crowns in interest on overdue licence fees or paying Sk1,000 to settle out-of-court. 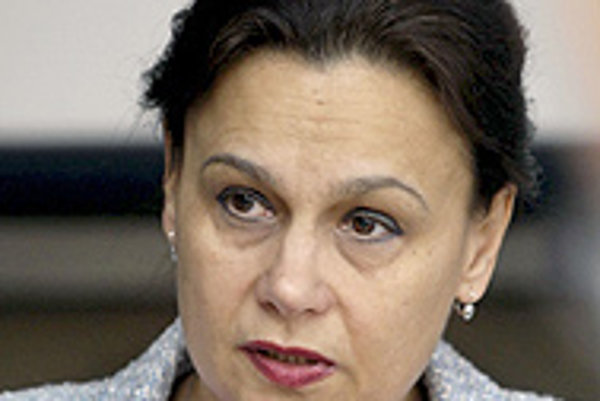 Font size:A-|A+0
SLOVAK Radio (SRo) has been on a diet and it seems that cutting costs, saving funds and reducing the number of employees is a long-term prospect for the Slovak public broadcaster. Slovak Radio also received some unwanted media exposure when tens of thousands of Slovaks received notification from the law firm Lawyer Partners, giving them a choice between paying thousands of Slovak crowns in interest on overdue licence fees or paying Sk1,000 to settle out-of-court. The firm was collecting interest based on a 2005 contract with SRo on overdue licence fee bills signed by the radio's former management. In the end, parliament produced a general pardon to save people from having to pay the law firm.

Zemková was elected in 2006 by the Radio Council, winning 13 out of 15 votes. This was the first time the Radio Council had elected a general director. The position had been appointed by parliament until then.

The Slovak Spectator (TSS): How can a public broadcaster maintain its independence or even be critical of the government when it depends on funding from the state budget?

Miloslava Zemková (MZ): The state budget is only one of the radio's sources of funding and those funds are specifically intended to cover the radio's international broadcasts, AM frequencies, government-approved programmes and investment projects. The current government - like the previous one - has ignored these duties, which are defined by law. At present, Slovak Radio is in a situation where it has not covered its losses from 2006, which is causing further losses, and thus [the broadcaster] is having trouble surviving. The money collected from broadcast licence fees does not cover the costs of developing new programmes or purchasing new equipment. In terms of salaries, the radio is in the bottom tenth of all media in Slovakia.

This situation naturally creates tension between the government and Slovak Radio's management. SRo is politically independent, but not from the financial point of view.

TSS: So are Slovak Radio's broadcasts currently balanced or not?

MZ: SRo offers balanced newscasts; it is no longer the mouthpiece of a sole political party. The radio works with information from both Slovak news agencies, buys the services of foreign agencies and uses the on-line news database EBU.

MZ: No, not really. It does not serve any party from Slovakia's current political spectrum and it is not controlled by any party. The prime minister's statements might stem from the fact that SRo does not praise cabinet members. The radio's role is not to take positions, but rather to render listeners with enough information and context that they can form their own opinions.

TSS: Are there any programme changes planned?

MZ: Certainly. We modify programmes based on feedback from our listeners. Due to the [government's] refusal to finance the AM frequencies, we plan to terminate AM broadcasts and move the Rádio Patria programme to one of the [very short wave] circuits. The 2008 budget will show whether it will be necessary or not to reduce one of the [very short wave] circuits as well. All of these changes, caused by the under-financing of Slovak Radio, will be reflected in our programming.

TSS: Is the system of financing SRo efficient?

MZ: The funding coming from broadcast license fees, the state budget and advertisement revenues are falling. On the other hand, the costs of human resources, power, transmitters and building maintenance are rising. The difference currently amounts to Sk300 million (€9 million), and SRo cannot cover it alone. Thus it is planning further restrictions. The system is defined by law like other public radio stations in Europe. Advertisements cannot compens-ate for state subsidies, which are totally absent this year, except for the broadcast fees collected from listeners.

TSS: What is Slovak Radio's current economic situation? What do you plan to do to improve finances and make it more efficient?

MZ: This broadcaster's biggest problem is its economic dependence on the state. Slovak Radio is defined by law as an independent public institution. This definition has never been accurate, so economic independence is fictitious.

Slovak Radio is carrying a loss of Sk170 million (€5.1 million) from the management of 2006. The change of management in April-May 2006 meant a decrease in the projected loss approved by the Radio Council - which was Sk230 million (€6.9 million). In such a big institution it is not possible to curb the loss immediately.

The 2007 budget was already set as balanced, but it counted on the state transfer of Sk45 million (€1.35 million) for AM broadcasting. As the transfer has been refused, SRo will have a bigger loss. The savings and restrictions have reached their limit and Slovak Radio cannot reduce costs without taking measures affecting programming. The 2008 budget will be crucial. It will show whether SRo can operate without a state subsidy.

TSS: What about the state's plans for moving Slovak Radio, the public Slovak Television (STV) and the state newswire TASR into one building? Will this be more economical? Could it put the quality of the media at risk or could it improve the quality?

MZ:All three institutions work in old, outdated buildings that are prone to problems. From this point of view, it is appropriate to consider a new base with modern equipment and energy-saving solutions. SRo now spends more than Sk95 million (€2.85 million) annually on its building. The quality of the broadcasts would be influenced positively. The nature of the public service and public broadcaster is not determined by the building, but by the law. This shouldn't change.

TSS: SRo's general director is currently elected by the Radio Council, a body of 15 people who do not work in radio, are elected by parliament and nominated by political parties. Should this system change?

MZ: There are opinions that the director should be elected by the parliament or maybe even nominated by the culture minister. One has to consider who would be helped by these changes, and whether SRo's independence would be protected or suppressed.

MZ: It is fair. Of course, if such a body has 15 members, you have to count on the influence of individual personalities with different opinions, turbulent discussions, and sometimes even obstructions during voting. The council approves major documents, however, it does not meddle with the programming directly. It approves the programming plan (every year together with the budget), but the radio management is responsible for turning it into a definite programming structure.

TSS: What is the relationship between SRo's management and the Culture Ministry?

MZ: The Culture Ministry does not have any legal impact on SRo. However, the state funds are transferred through the ministry. If the ministry decides that there is no funding needed, the radio does not get it, even though it is entitled to it by law. This is the cause of the recent tension. Also, several former SRo employees work at the Culture Ministry and unsuccessful candidates for the post of the radio's general director are in senior positions.

However, they should not let their dissatisfaction and unfulfilled ambitions affect their decision-making.

TSS: Media analysts agree that in Slovakia, the criteria defining the public nature of STV and SRo are not laid out. So what makes the SRo a public medium, and what does it lack in this sphere?

MZ: The criteria are laid out. It is enough to look at the STV Act, the SRo Act, the Broadcast and Re-transmission Act and other documents in which the public service is clearly defined. The analysts should ask the managers whether it is possible to develop a public service at the same time as cutting their budgets by hundreds of millions [of crowns].

TSS: How and why did the scandal around collecting the penalties from overdue monthly licence fees emerge?

MZ: The whole case started in July 2005, when the former General Director of SRo signed a contract with a private company, BS Lawyer Partners, on collecting licence fees. In 2006, the current management tried to terminate the contract with mutual consent, later it tried to withdraw from the contract, and when even this failed, it filed a claim to declare the contracts completely invalid. I cannot describe the legalities of this procedure, as the trial is still continuing.

The general pardon abolished the drastic sanctions, yet it could not stop the extortion by the legal firm. Similarly, the new general pardon only confirmed the previous one and broadened its effect. However, you cannot stop illegal activities with legislative tools. Only a prosecutor or a court can stop them.

TSS: Is it important to monitor the number of listeners? Has the number changed in any way under SRo's new management?

MZ: In contrast to private media, public ones only monitor the number of listeners ... to track their increase or decrease, but not the quality of the programmes. For programming, the SRo uses "qualitative" polls on focus groups. Their evaluation is a valuable guiding indicator - it shows where, how, when and at which broadcast times the programme units should be shifted or changed.

The total rate of people listening to SRo decreased after the new management came. It recorded a growth in the summer of 2006 - probably in connection with the elections, which is a period when citizens need more information than usual - followed by a small decrease.

After the change of the broadcast structure in January, there was another rise, which could have been connected to the marketing campaign or to the programming itself. The listener base of Rádio Slovensko grew. A steep rise in the listeners of Rádio Regina, Rádio FM was recorded in January, but Rádio Devín and Rádio Patria held their original numbers.