Kremnica gets ready to mint euros

WITH SLOVAKIA poised to start using the euro on January 1, 2009, the country's mint needs to start working now to make sure there are enough euro coins and banknotes ready when it comes time for people to spend them. 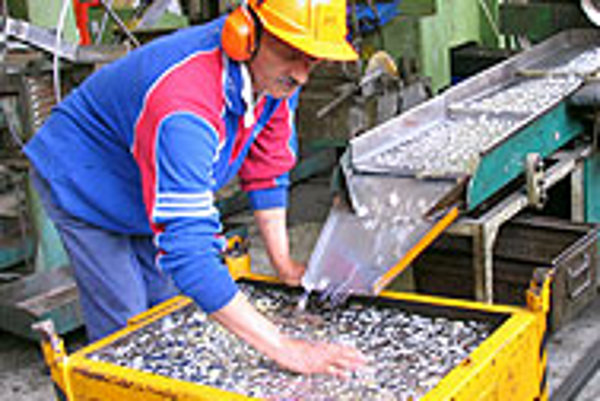 Font size:A-|A+
WITH SLOVAKIA poised to start using the euro on January 1, 2009, the country's mint needs to start working now to make sure there are enough euro coins and banknotes ready when it comes time for people to spend them.

Slovakia received permission to start preparing for the serial minting of euro coins on June 15, when the country signed a memorandum with the member states of the eurozone and the European Commission.

While serial minting is only possible after the Council of the European Union gives the go-ahead, the memorandum lets Slovakia start its preparations, Ivan Šramko, the Governor of the National Bank of Slovakia (NBS), told the Sme daily.

The preparations and minting will take place in Kremnica, Slovakia's historic minting town.

"These preparations for the Slovak euro coins will culminate at the end of this year and the whole process of preparing and approving the samples will be finished by the end of April 2008," Jaroslav Setnický of the Kremnica Mint told The Slovak Spectator.

The preparations follow guidelines set out by the European Commission and the European Central Bank (ECB). First, the mint had to introduce a system of quality control that the ECB could check through a pre-audit. The mint successfully passed the pre-audit in 2004, Setnický said.

The NBS had to choose a producer for the euro coins and provide it with a design of the 'national side' of the coins, then request the tools for minting the 'shared side' of the coins from the European Commission. The coin samples have to be approved by the NBS, the ECB and the national minting plants of the eurozone member states.

Setnický said the mint is planning to launch production in July 2008, and will start by minting up to 400 million coins.

"The minting plant uses modern minting technology and we are able to mint a billion coins per year," he said.

The process of minting euro coins differs slightly from the mint's usual standards.

There are differences in quality control, technical specifications of tools, and materials chosen by the working group of the European Commission's Mint Director, Setnický said.

However, the euro coin will be minted in a standard working regime and currently no new jobs are planned as a consequence of euro minting, Setnický added.

The mint is already producing euro coin blanks, or partially-finished coins, and reconstructing its buildings.

The investments, including introducing new technologies, are expected to total Sk150 million over the next two years, Setnický said.

Currently, the Kremnica Mint is one of about 80 facilities of its kind worldwide.

The history of coin minting in Slovakia goes back to 1328, when Kremnica, a settlement surrounded by rich gold deposits, was granted the privilege to operate a mint by the Hungarian King Charles Robert of Anjou. The Kremnica Mint is one of the oldest continuously operating manufacturers of coins worldwide, according to the mint's website.

In late 1986, a new plant was built outside the town and its entire coin production was transferred there so the atmosphere of the historical town centre would not be disturbed. Only the production of its famous medals remained at the old location.

Until the early 1990s, the mint was the only currency producer for the Czech and Slovak Republic. On January 23, 1993, the Kremnica mint started producing Slovakia's current coins.