KOREAN company Sewon ESC, the cable harnesses producer for the auto manufacturer Kia's plant in Žilina, is planning to expand its investment in Rimavská Sobota in the Banská Bystrica Region, Ladislav Kovács, the chief of the Municipal Office of Rimavská Sobota told The Slovak Spectator. 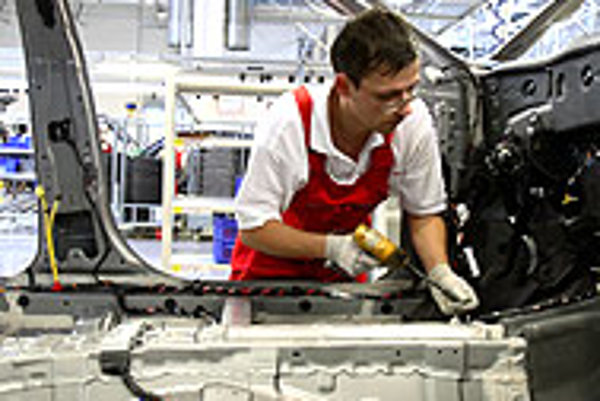 Font size:A-|A+
KOREAN company Sewon ESC, the cable harnesses producer for the auto manufacturer Kia's plant in Žilina, is planning to expand its investment in Rimavská Sobota in the Banská Bystrica Region, Ladislav Kovács, the chief of the Municipal Office of Rimavská Sobota told The Slovak Spectator.

The company launched production in Rimavská Sobota on June 1, some months after it began operating in Hnúšťa, a small town near Rimavská Sobota, significantly lowering the region's unemployment rate.

Because of Sewon, 416 people have left the Region's jobless register, Zuzana Kosorínová, spokeswoman of the Rimavská Sobota Regional Employment Office, told the TASR newswire. She added that the unemployment rate has decreased to 27 percent, two percentage points less than in January.

The town itself has an unemployment rate of 18 percent, and therefore an investor that creates job opportunities is "of enormous importance for the town," Kovács said.

The company's employees are mostly young people who were trained by the company. Eighty percent of them are women, Kovács added.

In the future, people with electro-technical knowledge and higher education will be hired as inspectors. However, at present this work is still done by trained employees that the investor imported to Rimavská Sobota, according to Kovács.

Sewon ESC employs around 700 people in Rimavská Sobota and another 500 in Hnúšťa, Kovács said.

In Rimavská Sobota the company has set up production in former military barracks. The management of Sewon ESC now wants to expand production to another barracks, Kovács said.

"If we can get the other building for Sewon ESC, they intend to create a super-regional centre here that would employ around 2,000 people," Kovács told The Slovak Spectator.

The part of the barracks Sewon ESC is interested in is currently under the administration of the Slovak Interior Ministry. According to Kovács, the ministry is not using the building right now, but were planning to use it for the district archives.

"They don't need more than half of the building for that though," Kovács said, adding that the city has several buildings free that can be used for the archives and that they have already started negotiating with ministry representatives to find an alternative location and leave the remaining part of the former barracks for Sewon ESC.

Sewon ESC is willing to wait until the end of the year to see what happens to the building and, if they succeed in obtaining it, the company might start expanded production at the beginning of 2009, Kovács told The Slovak Spectator.