POHODA, Slovakia's largest open-air summer music festival, returns to Trenčín Airport July 20-21. And in keeping with its mission, this year's guest list is longer, more star-studded, and more eclectic than ever. 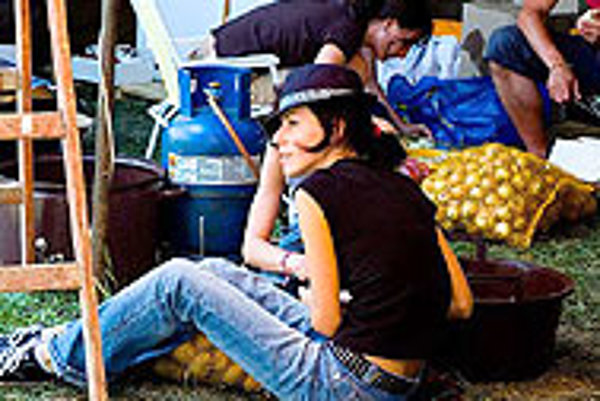 Font size:A-|A+0
POHODA, Slovakia's largest open-air summer music festival, returns to Trenčín Airport July 20-21. And in keeping with its mission, this year's guest list is longer, more star-studded, and more eclectic than ever.

In all, nearly 100 performers from 20 countries will take to Pohoda's nine stages, which range from stadium-quality venues for the music and dance acts to a theatre for the drama performance and tents for the film section. Each venue's performances start in the morning or early afternoon and run non-stop until dawn of the next day.

"We're expecting a record number of visitors this year, more than 25,000," Kaščák told SITA, adding that tickets had sold well in England and Slovakia's neighbouring countries.

Since its inception in 1997, Pohoda has grown into a powerhouse festival capable of attracting some of music's major names, including young British rapper Dizzee Rascal, Slovak jazz legend Peter Lipa, and American rock group Garbage, among hundreds of others.

Kirschner, a former beauty pageant contestant who became a hit for her emotionally honest lyrics and free-flowing voice in songs like Modrá (Blue), will sing titles from her new album, Shine, which was released earlier this year in England. Air will perform tracks from its newest album, Pocket Symphony.

And in a first at Pohoda, the music section includes gospel.

"We wanted to expand the festival's range not just in music, but in all art forms," Pohoda's organizers told the ČTK news agency.

The Blind Boys of Alabama (Orange Stage, July 21, 21:00), a Grammy Award-winning gospel group formed over 60 years ago at the Alabama Institute for the Negro Blind, will both soothe and electrify its audience with hits from its latest album, Atom Bomb, which features the singers venturing into the sounds of pop, rap, and blues.

"The Blind Boys of Alabama are really looking forward to Pohoda," Sue Schrader, the group's manager, stated in an e-mail to The Slovak Spectator. "Come see this Grammy-winning, soul-stirring group as they testify with their latest hits and uplifing gospel favorites. Come feel the spirit!"

Another new feature at Pohoda is the Cinema Tent (July 20, 14-3:00 and July 21, 11-3:30) set up by the People in Peril civic association, which organizes the annual One World human rights film festival in Bratislava.

People in Peril will show films focusing on thought-provoking, and sometimes heartbreaking, humanitarian issues, such as war, the plight of refugees, poverty, women's rights, and the effects of globalization. And afterwards, open discussions will be held on the topic of human rights and the environment.