'I'm both, Slovak and Bosnian'

BOSNIA AND HERZEGOVINA has undergone major political and social change since the NATO-led military campaign brought a fragile peace to the Balkans in 1999. In recent years, it's been busy passing reforms, vying, like most of its neighbors, to join Slovenia - also once part of Yugoslavia - in the European Union. 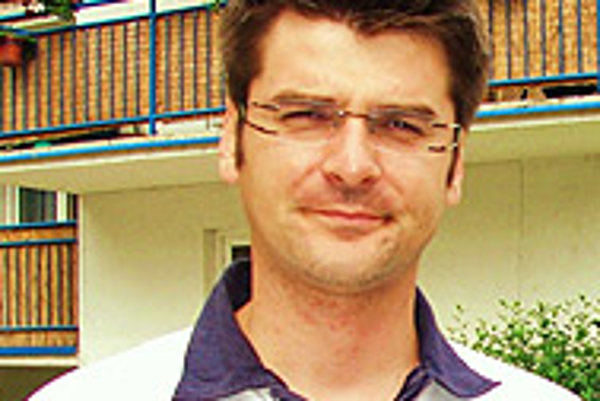 Font size:A-|A+
BOSNIA AND HERZEGOVINA has undergone major political and social change since the NATO-led military campaign brought a fragile peace to the Balkans in 1999. In recent years, it's been busy passing reforms, vying, like most of its neighbors, to join Slovenia - also once part of Yugoslavia - in the European Union. But unresolved tensions, aggravated by the recent uncertainty over the fate of Kosovo, have kept the region from putting its painful past behind it.

Adnan Hamzić, an award-winning music video director/producer known mainly for working with Slovak jazz legend Peter Lipa and as Richard Müller's former manager, was born in Banja Luka, Bosnia and Herzegovina, and experienced the war up close before moving to Bratislava 15 years ago.

The Slovak Spectator recently spoke with Hamzić about the war, what Bosnia and Herzegovina is like now, and whether he sees any similarities between Slovaks and Bosnians.

The Slovak Spectator (TSS): When and why did you move to Slovakia?

Adnan Hamzić (AH):When the war broke out 15 years ago, my mother sent me to live with my sister, who was studying at VŠMU [The Academy of Music and Performing Arts] in Bratislava. The Slovak and Bosnian languages are closely related, so I started secondary school, and then VŠMU. I've never returned to Bosnia.

TSS: What would have happened if you had stayed?

AH: I and the woman I married, who was in Sarajevo during the siege, would have had no opportunities, no life, no future there. That's why, even though some have gone so far as to call me a fascist for what I'm about to say, I don't regret that the civil war happened. Yes, it hurt a lot of people, but it did a lot of good, too, by forcing people to leave, which improved their lives for generations. I've been able to build a career in Slovakia, which is what made me want to return to my country with my success, but it's not possible.

AH: Because people would say "Why are you successful? You didn't experience what we went through". Also, a lot of Bosnians who want to return to start their own business end up discouraged by the bureaucracy. It's unbelievable. Therefore, going back to Bosnia and Herzegovina means preparing yourself first - physically and spiritually.

TSS: A Bosnian journalist once said that western journalists are the reason for the country's bad image in the media.

AH: It's all relative. Journalists need the human interest angle, and Sarajevo was heavily affected by the war, so it's not surprising they found lots of compelling stories there. At the same time, journalists from Bosnia and Herzegovina have not been active enough at counterbalancing. Sarajevo is a quickly developing town, yet it's very much caught in the past, and hasn't unlocked Europe's secret for moving on. The political problems you have in Slovakia are a kindergarten compared to Bosnia and Herzegovina.

TSS: That brings us to an interesting topic - the political system in Bosnia and Herzegovina. It is quite complicated, but does it work?

AH: Honestly, I don't know because I don't understand it. But, as an example, in five years, just 20 km of highway has been built in Sarajevo. Need I say more?

TSS: Bosnia is home to some of the world's most popular filmmakers and musicians. Are these pursuits valued at home?

AH: Our films and music are fantastic, and the quality of theatre is incredibly good, but the lack of competitive jobs and the level of corruption has caused Bosnians to seek success abroad. I noticed on a list of the best students at one Vienna university, 4 of the top 10 were from Bosnia and Herzegovina. The same is true at hospitals, scientific institutions and artistic companies around the world. But the average salary in Sarajevo is around €250 a month, with around €100 going to rent. If you're university educated, and speak English, it's difficult to find a reason to stay.

TSS: What does Bosnia offer that other nations can't?

AH: We're very helpful, generous, and loyal people. If your car breaks down, 10 people immediately come around to help. If you're looking for a place to sleep, people will invite you, and even cook you dinner. Slovaks are not like that. Maybe they were, but western influence has made an impact. To live with five other families on one floor in a block of flats for 20 years and not know each other is impossible in Bosnia and Herzegovina.

TSS: Do you consider yourself Bosnian?

AH: I'm both, Slovak and Bosnian. I was born there, but I grew up and became a person here. There are things I don't like about both countries, and many things I love.

TSS: Even people from outside Sarajevo know about the Mostar Bridge, which is a site on many one-day trips during vacations to Croatia. What are some other reasons to discover Bosnia and Herzegovina?

AH: It's a melting pot of cultures - Muslims, Christians, Jews from Andalusia. Sarajevo has a lot to offer, though some parts still look very vulnerable and heartbreaking. The Mostar Bridge is a story in itself. There's beautiful Sevdah music, architecture, and nature. The food is also wonderful. The čevapi from Sarajevo's Željo soccer club restaurant is something you have to taste.