MORE Slovaks are being sold into modern-day slavery as sex workers or unpaid labourers, statistics show.
In 1998, Slovakia recorded three cases of human trafficking. Last year, there were 40 cases, Jozef Buček, the state secretary of the Interior Ministry, told Slovak Radio in April. 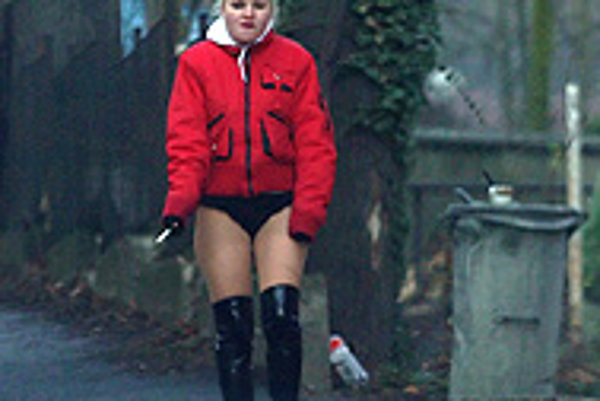 But Katarína Farkašová, the head of the NGO Alliance of Women of Slovakia, said statistics are not that important when it comes to such a grave crime against humanity.

"Even if only one human being is sold, it is a tragedy and a crime against human rights," Farkašová said. "The quantitative indicators are misleading."

Her organisation deals with young women who have escaped forced prostitution abroad.

"One of them was only sixteen," Farkašová told The Slovak Spectator. "After her return home, the girl had serious mental and physical problems: nightmares, post-traumatic stress conditions, the Stockholm Syndrome and psychological conditions of all kinds."

Even if people who were enslaved manage to escape, they are often so weakened mentally and physically that they are not capable of revenge, she added.

"They are exhausted and scared," she said. "They know that for their former slaveholder, it would not have been a problem to kill them. A human life has no importance for them."

Summer can be an especially dangerous time when it comes to human trafficking. Many young woman and men who are lured by the prospect of well-paid summer jobs abroad become vulnerable to human traffickers, Farkašová said.

"Internationally-organised groups often contact people from Slovakia for the so-called 'recruitment' of women for jobs abroad - for example, as bartenders, waitresses, chambermaids, au-pairs, nurses, and so on," Korch told The Slovak Spectator.

Slovak police uncovered an international trafficking ring made up of Slovak and Slovenian citizens, and headed by a Slovenian, he said.

The group recruited girls to work legally in Croatia, then forced them to work as prostitutes in Slovenia.

During a raid, police detained the key members of the criminal group, who are currently in custody. Four people have been charged, Korch said.

Of the 19 human trafficking cases investigated by Slovak police last year, six cases were solved and 12 people were prosecuted.

One case involved child trafficking. However, this case has not yet been solved.

Police investigated 10 cases of pimping, of which two have been solved. Three people were charged, all of them men.

The Office to Fight Organised Crime is investigating at least four organised crime groups that operate in human trafficking.

"Recently, our office discovered a group through the Avízo classifieds daily, where they offer jobs for girls to work as waitresses and hostesses in Croatia and Slovenia," Buček told Slovak Radio.

"We are becoming more successful in uncovering this kind of crime."

"In this case, police charged 10 people, three of whom were Slovenian, of organised crime and human trafficking," Korch told The Slovak Spectator.

Slovakia used to be only a source country for victims of human trafficking and sexual exploitation. Now it is also, to a lesser extent, a transit country, Korch said.

There are also signs that Slovakia is becoming a destination for human trafficking, Soňa Šaradinová of the NGO Migration Information Centre told the Hospodárske Noviny daily on July 16.

"Officially, there are no such cases, but there is indirect evidence that it has already begun here - girls are imported to Slovakia and used for prostitution," she said. "This information comes from street workers, who meet women from abroad during their fieldwork."

The Alliance of Women of Slovakia has not yet had clients who were brought to Slovakia for sexual slavery, Farkašová said.

After the arms and drug trades, human trafficking is the third most profitable illegal business in the world, international organisations like NATO, the European Union and the Council of Europe warn.

At its summit in Istanbul in 1994, NATO adopted its Policy Against Human Trafficking. The document defines human trafficking as a crime and "modern slave trade, supporting corruption and organised crime", which can "de-stabilise unstable governments".

The estimated profit from human trafficking around the world is $7 billion to $13 billion US annually.

Torture and human trafficking is closely connected with organised crime, officials warn, adding that it has to be fought just like drug trafficking and money laundering.

According to Farkašová, it is as easy to sell people as goods.

"They are even easier to transport and store," she said. "People do not look like goods at first sight, so custom officers do not confiscate them. And people can be forced to obey by different methods of intimidation."

Human trafficking is also "profitable" for criminals because a person can be sold many times, Farkašová said.

"It is not like when you once sell arms, you no longer have the goods," she said. "You can sell someone here and there and you can do it again and again."

"Listing the possible victims may be very long," Farkašová said. "Construction workers can also become victims, and workers in illegal workshops and factories, as well as nurses."

At the end of March, Slovakia became the sixth country to ratify the Convention of the Council of Europe on the Fight Against Human Trafficking.

Farkašová said her group welcomed the convention because it included victims of all types of human trafficking.

"We are pleased that in this convention, victims of trafficking for any aim other than sexual abuse, who are considered instruments of the so-called sex trade, are mentioned for the first time," she said.

"That includes all kinds of foreign workers who you can believe must already be in Slovakia, but so far no one has mustered up the courage to file a crime report."

Slovakia was criticised in this year's report of the International Helsinki Federation for Human Rights, published the last week of March, for not cooperating with NGOs on human trafficking issues.

However, Korch told The Slovak Spectator that police do co-operate with NGOs, especially by offering help to victims of trafficking as well as by working to prevent it.

"In April, the Interior Ministry signed an agreement on co-operation with three NGOs," he said. The NGOs were the Dotyk crisis centre and the Prima and Storm charities.

The Alliance of Women of Slovakia, in co-operation with the NGO People in Peril, has prepared a guide for teachers at secondary schools, so that students can learn how to guard themselves against possible human trafficking.

"Lessons like that should be organised at all types of schools, but we are not able to do that," Farkašová said. "First it would be necessary for society to view the issue of human trafficking seriously, not as a problem that does not concern us."

When asked about the Education Ministry's stance on the guide, ministry spokeswoman Helena Poláková told The Slovak Spectator that she could not comment on the project.

"The Alliance of Women of Slovakia and People in Peril have not contacted the ministry," she said. "The Education Ministry cannot comment on a guide it hasn't seen."

In its report about the development of world population, published in April, the United Nations Population Fund also pointed to human trafficking.

It referred to statistics from the International Labour Organization, which says there are almost 2.5 million victims of human trafficking exploited at work.