Ambassador expects Korean investors to stay for the long term

WHEN Yong-Kyu Park, the Republic of Korea's ambassador to Slovakia, arrived to set up his country's first-ever embassy here in January, even he was surprised at the level of Korean investment in Slovakia. 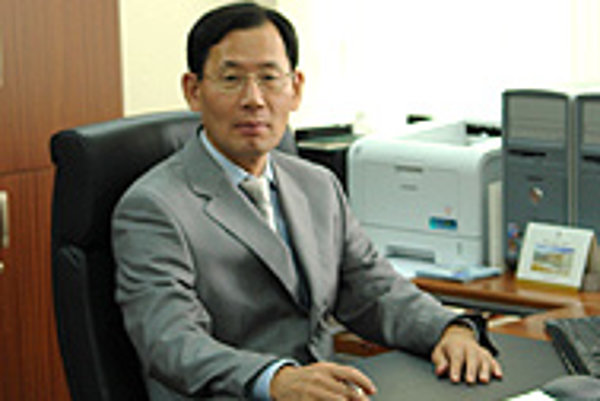 Font size:A-|A+0
WHEN Yong-Kyu Park, the Republic of Korea's ambassador to Slovakia, arrived to set up his country's first-ever embassy here in January, even he was surprised at the level of Korean investment in Slovakia.

A total of 20,000 Slovaks are expected to be working for Korean companies by the end of this year. Last year, Korea was the third-largest foreign investor in the country, and in 2005, it was the largest.

"We figure that the Korean companies' contribution to the Slovak economy is enormous," Park said.

The Slovak Spectator spoke with Park about Korean investment in Slovakia.

The Slovak Spectator (TSS): For all of these investments, will there be a lot of employees brought in from Korea?

Yong-Kyu Park (YKP): No. I can tell you that senior-level or top-level managers only will be from Korea. For example, we have more than 2,000 workers in the Kia auto factory right now, but from among that 2,000 we have only 63 from Korea.

One of the major reasons why Korean companies come to Slovakia is the relatively cheap labour force, and good quality workers. But there are some problems nowadays because there are many other investors from other countries and we have some difficulty in finding skilled labour in Slovakia. For example, Samsung ... needs several hundred more workers by the end of this year, but unfortunately they cannot find enough skilled Slovak workers, so they have to import the workers from Romania, Bulgaria and other countries.

I can tell you that less than five percent of the total labour force of Korean companies is from Korea. With Samsung, they employ about 2,500 local workers but they have only 20 Korean workers.

TSS: In how close contact are you with Korean businesses?

YKP: Very close. We get together very often, either individually or as a group. We have a business consultation meeting at my embassy quarterly. I go to their workplaces. I have gone to the Kia factory in Žilina several times already. Or they contact us if they need some help or assistance. We are their official channel to communicate with the Slovak government. Of course they can contact the Slovak government directly, but if they need the assistance or a push from my embassy, they can ask me to do that.

TSS: As an embassy, how do you do that?

YKP: I have my contacts with the ministers of economy and foreign affairs and other government offices. Now I am in the process of meeting important figures in the economic and social realms, and even the cultural fields. I'm in the process of establishing the networks so that we can exchange views and discuss issues, and we can convey our concerns and views. I also work with non-governmental organisations as it is also very important to have them playing an active role in Slovakia.

TSS: From your contacts with Korean businesses here, how do they find the business environment or the investment environment to be?

YKP: Well, good. First of all, that's why they're here now. But there are several good incentives, very positive factors for Korean companies to be in Slovakia. Of course the main turning point was Slovakia's joining the European Union in 2004. Because Slovakia became part of the European Union, we can have a factory here that manufactures some goods, and it means we have free access to the whole European Union market. And Slovakia is in a strategic location in the centre of the European continent. It is very good for the logistics costs. You can deliver from here to the west, east, north and south, right? And the labour market is flexible, and very good, [with] competitive labour costs... And we are expecting that Slovakia will join the eurozone in the year 2009, which will further facilitate business activities in Slovakia.

TSS: Do you hope to promote Slovakia back home as a good place to do business?

YKP: Yes, I'm trying to do that, but the business people already know it better than me. (Laughs) My first priority is economic diplomacy, and the economic dimension of diplomacy is now the most important in Slovakia. But I have other issues, like diplomatic-political issues, as well as cultural.

TSS: There's a lot of concern here that big companies such as Kia and Samsung are going to stay here for a few years, then move east to places that are cheaper.

For the time being, it's very difficult to move an LCD (liquid crystal display) factory. But it's very easy to move an electronics factory, as they did from Ireland and Spain. It can be assembled in a very short period of time. But LCD factories are a major investment. It's good to stay for a long, long time, until the LCD technology is replaced by another technology.

TSS: Why is it difficult to move LCD factories?

YKP: It's a very heavy investment. The total amount of the investment is much larger than for an electronics factory. The electronics factory is kind of an assembly place. But there are also other factories - together you get some major, big factories, but also all the suppliers come here and do their own factories. You should think in terms of the whole group, a cluster of factories. I told you that for the Samsung Electronics, they have almost 20 suppliers. So can you imagine how difficult it would be to move all of them to somewhere else?

TSS: And is it the same situation for Kia?

YKP: Yes, of course, the Kia factory is more difficult to move. And I believe that the market share of Kia and Samsung in the European Union is still [low]. There is room to grow further. So I don't think there is any need to move the factory.

Actually, as you know, Kia's sister company is Hyundai Motors. They are building a new factory in the Czech Republic, near Žilina, one hour's distance from Žilina. We just had the [Hyundai factory] ground-breaking ceremony there, and then the grand opening ceremony [at Kia] in Žilina. So these two companies, the auto factories, and the suppliers [form a cluster] for the European market for Hyundai and Kia.

TSS: Are investors asking for anything more from the Slovak government?

YKP: There are some minor things that can be taken care of. For example, we need an agreement on the mutual commission of driving licences for Korean employees in Slovakia, and we need some legal regimes like a social security agreement to avoid double taxation for Korean workers in Slovakia. But they are cooperating very successfully. I have no complaints about the Slovak government.

The only problem maybe is because they have this target of joining the eurozone in 2009, they have to do some belt-tightening to meet this Maastricht criteria. So the prime minister himself said there is a limit to what they can do. They want to build more highways in a certain period of time, but there are certain limitations for them, financial limitations. That's the only regret, that we don't see more fast progress on some of the major projects, building up the infrastructure.

TSS: Are there possibilities for Slovak investments in Korea as well?

YKP: I don't think so. It's mainly one-way traffic in terms of investment.

TSS: Is there anything else you want to add to the business situation so far?

YKP: One thing that I keep in mind as kind of a long-term goal is to help Slovakia develop a more value-added and knowledge-based society, more high-tech. And in that sense, the Samsung LCD investment in Slovakia is very meaningful, because it is actually the top-notch technology. It involves more of a technological knowledge transfer to the local workers, and that can lead to more long-term investments.