TO HELP the country's education system catch up with the industrial sector's needs - such as qualified labour, research and innovation - the Slovak Productivity Centre (SLCP) is linking theoretical education with practical industry experience. 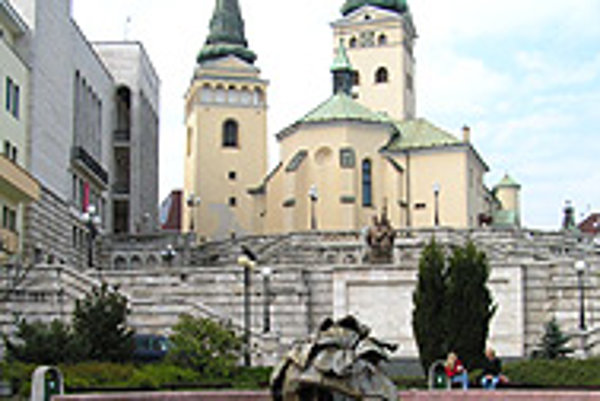 Font size:A-|A+
TO HELP the country's education system catch up with the industrial sector's needs - such as qualified labour, research and innovation - the Slovak Productivity Centre (SLCP) is linking theoretical education with practical industry experience.

It also helps students with their final thesis and dissertation, and with publishing efforts.

The SLCP helps companies improve their productivity and competitiveness. So far, it has had success with Volkswagen Slovakia, Whirlpool Slovakia, Matador and other companies, Magvaši told The Slovak Spectator.

"The scope of cooperation is really wide and brings advantages to both sides," said Milan Hulín, the SLCP's executive director.

Those advantages include developing new knowledge and applying it both in the university curriculum and in actual practice, he told The Slovak Spectator.

Students can participate in different ways, depending on their qualifications and how much they want to get involved.

"The SLCP is open for eager students to participate in research and projects that the centre prepares for the industry," Hulín said.

For those who get involved, listing their work with the SLCP on their CV can make students more attractive to businesses, he said.

"The SLCP is well known among companies in Slovakia, including the foreign investors," he said. "Since the beginning, we have cooperated with both domestic and foreign companies, but foreign companies have often shown more interest in cooperating than Slovak ones."

Volkswagen has been working with the SLCP for several years and the carmaker has had a good experience with the centre, said Ľubica Krchová from Volkswagen's Department of Industrial Engineering.

"Three SLCP employees are working for our company and they have been assigned some long-term tasks to optimise the production processes," Krchová said.

The SLCP is not only developing new projects for the carmaker, but Volkswagen often consults with the centre when it plans innovations, she added.

In one of their most significant joint projects, the SLCP helped Volkswagen prepare and launch the production of the Audi Q7 sport utility vehicle at Volkswagen's plant in Bratislava, Hulín said.

The most important part of the project was developing the manufacturing procedures, which influenced the whole final assembly process, he said. Six SLCP staff members worked right in the Volkswagen factory for four months.

The project started in 2005, about six months before serial production was launched. The cooperation continued even after the main goals were accomplished.

This will be Slovakia's first time hosting the EPC, and the first time a new EU member state has hosted the event.

That shows that the European Association of National Productivity Centres appreciates what the SLCP has accomplished, said Magvaši, who is also a member of the EPC 2007 organizing board.

The conference agenda will address topics such as EU competitiveness, the knowledge-based economy, innovation and productivity.

Magvaši said that the main weakness of the Slovak business environment is that it needs to pay more attention to developing a dynamic innovation process.

"The innovation process is, to a large extent, underestimated in the Slovak business environment, because there aren't enough resources concentrated on this process, either financial or human," Magvaši told The Slovak Spectator.

According to Hulín, the conference will provide an important forum for top experts to share best practices based on the experience of Slovak and foreign companies.

"We expect an attendance of around 100 foreign participants not only from Europe but also from Japan and Korea," Magvaši said. "Thirty of them will take part at the conference with active presentations."

Other officials who have promised to attend include Slovak Prime Minister Robert Fico, two members of the European Commission, representatives of the International Organization of Work, the OECD, Portuguese Economy Minister Manuel Pinho as the representative of the country currently holding the EU presidency, and representatives from all European national productivity centres.