WHEN Jae-Han Jung arrived in Slovakia eight years ago, there was no Korean community here.
Jung is the pastor of the Korean Pentecostal church on Panenská Street in Bratislava. But back then, he came on his own as a missionary.
When he first arrived, he had to figure out how to navigate a new language and culture without other Koreans to support him. 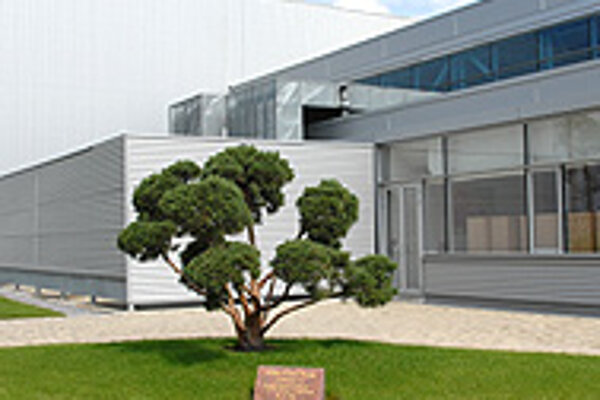 Font size:A-|A+
WHEN Jae-Han Jung arrived in Slovakia eight years ago, there was no Korean community here.

Jung is the pastor of the Korean Pentecostal church on Panenská Street in Bratislava. But back then, he came on his own as a missionary.

When he first arrived, he had to figure out how to navigate a new language and culture without other Koreans to support him.

"I prayed," he said with a laugh, explaining how he got through it.

But things have changed in the last few years. Led by Samsung Electronics and Kia Motors, about 50 Korean companies have come to Slovakia to set up business. Employees and their families have followed.

Now there are about 1,200 Koreans living in Slovakia, the Korean embassy estimates, and the vast majority have come in the last three or four years.

"Since I have gone through the cultural differences, I can tell people who have come from Korea how I went through it, so they don't have to go through it again," Jung said.

Jun-Bum Park came to Slovakia last August to become general manager of Kia's legal department. He said the cultural differences between Korea and Slovakia can be shocking.

"Everything is different, basically," he said. "The food, the infrastructure, the way of living.

"It's interesting, but it's sometimes very difficult."

One of the biggest differences Jung noticed was the pace of life here.

"We Koreans , when we have a problem to solve or something to do, we try to move quickly and think quickly," he said. "I think people here are a bit more laid back."

Then there is the language barrier. While many Koreans learn English at school, they have a hard time coping with Slovak, and relatively few Slovaks speak fluent English.

Employers help out with many of the necessities. Kia has about 60 long-term employees who will stay in the country for three to six years to help the company in Teplička nad Váhom get up and running. The company makes all the living arrangements for the employees and their families.

The families live in Čierna Voda, near Bratislava, where they have access to international schools. Employees live in Krasňany, near Žilina, during the week and travel to Bratislava on the weekends.

Coming to a country with a company makes a lot of things easier for Koreans who move here, said Park, who lived in the United States for 10 years.

"If there's a company, there's tonnes of family members," he said.

But at the same time, it can also be an obstacle to developing a strong, lasting Korean community in Slovakia, said Yong-Kyu Park, Korea's ambassador to Slovakia.

"Here in Slovakia, 99 percent of the Korean community is company people. That can be one minor problem when you try to have associations - people don't have a long-term attachment."

At the same time, short-term work placements can sometimes turn into permanent residency in places where there are a lot of employees from one country, the ambassador said.

"In the Netherlands, most of the Koreans who became permanent residents were former workers at Korean companies," he said.

Regardless of how long they plan to stay, the sheer number of Koreans who have come here makes it easier for them to develop a sense of community.

Jung stressed that his role as pastor is to minister to his congregation's spiritual needs, not to strengthen the Korean community. But at the same time, the church helps bring the community together, and that's important for Korean people, he said.

"For Korean people, a very important thing is community," he said. "We use the same language, we live in the same way, we think similarly.

"Being together is very important. It's like being in a family."

As more Koreans arrive in Slovakia, more services are popping up to help them. One of them was the embassy itself, which opened its doors on Dunajská Street in January. For the last two years, there has only been a consulate in Bratislava.

Korean television is available on cable in Slovakia. One of the three canteens at the Kia plant serves Korean food. In Žilina, there is a Korean church and three Korean restaurants, Kia's Park said.

Yooni Suh started one of those grocery stores, Seoul Plaza, specifically because he saw the growing number of Koreans arriving in the country. A British citizen who was born in Korea, Suh already had five Korean supermarkets in the UK and saw Slovakia as the perfect place to tap the European market.

"Koreans need to eat Korean food wherever they go," he said.

Suh's company, Korea Foods, opened a distribution warehouse last July to supply restaurants and supermarkets in Central Europe. The Seoul Plaza retail store, on Bajkalská Street, opened in January. It sells everything from kimchi (seasoned, fermented vegetables common in Korean cooking) and big bags of rice to aloe vera drinks and Korean beer, along with other Asian food like Thai cooking sauces.

But for Suh, providing Korean customers with food from home isn't his only mission. Just as important is introducing Slovak customers to Korean food.

Suh hired local staff to help Slovak customers with their shopping, and every product bears a food label that has been translated into Slovak.

"Food can be an introduction into a whole new world," he said. "If people want to learn about Korea, this is a good starting point."

Indeed, the next challenge for the community might be building cross-cultural understanding with their new Slovak neighbours. Slovaks have been welcoming, but most do not know much about Koreans or their heritage, Jung said.

"I think the problem is, many Slovakian people just define Koreans only by what they can see," he said. "They don't think about what they're going through and how they live. It's kind of hard to talk to them about it."

But at the same time, most Koreans do not know that much about Slovakia, he added - because neither side has had much time to learn about each other.

Both Jung's church and the embassy are hoping to hold musical events in November that they hope will introduce more Slovaks to Korean culture. The embassy is also working on a Korean film festival to be held later this year, and trying to create a Korean chair at a Slovak university, Ambassador Park said.

In the meantime, many Slovaks are learning about Korea in other ways. Jaromila Gutayová, the manager at Seoul Foods, says her friends and family have become very curious about Korean food since she started working there. To help them learn about it, she takes part in Korean cooking nights in her neighbourhood where everyone can cook Korean recipes and sample the results.

"They are quite happy about that," Gutayova said. "It's a personal way to explain to friends what Korean food is like."