FOR THE third time since 2004, the Viva Musica! Festival is bringing a week of outdoor music concerts to the heart of Bratislava's Old Town.
With its relaxed atmosphere in a central location and slew of exciting Slovak and foreign artists performing a diverse selection of audience favourites, the festival hopes to show that classical music is fun. 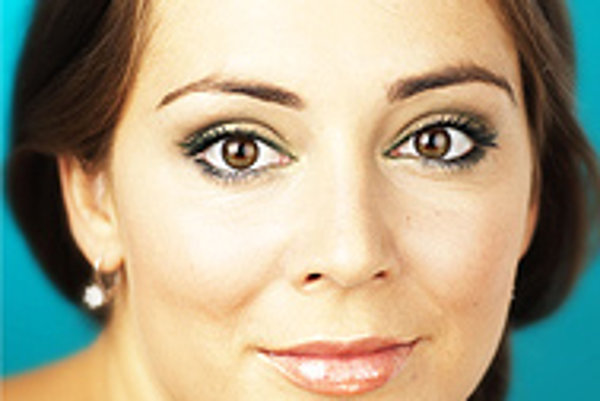 Font size:A-|A+
FOR THE third time since 2004, the Viva Musica! Festival is bringing a week of outdoor music concerts to the heart of Bratislava's Old Town.

With its relaxed atmosphere in a central location and slew of exciting Slovak and foreign artists performing a diverse selection of audience favourites, the festival hopes to show that classical music is fun.

"The main goal is to make people happy and better by listening to good music," Matej Drlička, the festival's director and founder, told The Slovak Spectator.

"They should see that classical music doesn't have to be a snobbish bore."

The festival starts with an orchestral concert on the Main Square on July 26 at 19:00. American conductor Jonathan Schiffman, a graduate of Yale University and the Juilliard School who's currently the Music Director of the Orchestre Lyrique de Région Avignon-Provence, will conduct the Orfeo festival orchestra in a performance of works by American composers George Gershwin and Leonard Bernstein.

The compositions by Bernstein include the overture to Candide and selections from the musical West Side Story.

"These pieces work well outdoors and are definitely audience favourites," Schiffman told The Slovak Spectator. "The overture to Candide is Bernstein's most performed orchestral piece because it's a flashy, fun curtain raiser full of beautiful melodies. As far as West Side Story, every music student grows up knowing it, but this will be my first time conducting it, so I'm looking forward to getting my hands wet with it."

The festival adopts a different style on July 27 with a jazz concert featuring Kyle Eastwood, the son of famed American actor/director Clint Eastwood, on the Main Square at 19:00. Along with his band, which includes some of the best jazz musicians from the United States and Great Britain, Eastwood will set a wine-and-candlelight mood with tracks from his new album, Now, which Jazztimes magazine wrote "fuse[s] contemporary jazz and hard-bop with elements of downtempo groove to magical effect."

A request to Eastwood for comment on his performance went unreturned.

"Kyle accepted to play for a friendly fee because he likes the idea of the festival - great music for free for all," Drlička said.

Diabolské Husle's nine members include Zoltán Grunza, a master of the tárogató, a traditional Hungarian instrument that in sound and structure resembles a cross between a clarinet and a soprano saxophone.

Viva Musica!'s closing event, and arguably its highlight, is Delirio Amoroso, a concert of opera arias on the Main Square on August 3 at 19:00. The featured soloist is Slovak soprano Adriana Kučerová, a star of the Slovak National Theatre Opera in Bratislava, who will be singing under the baton of Israeli conductor Ariel Zuckermann and the Orfeo festival orchestra.

Kučerová has won several prestigious competitions, including Vienna's International Hans Gabor Belvedere Competition in 2005. Her interpretation of Serpetta in a recent performance of Mozart's La Finta Giardiniera at the Theater an der Wien was hailed as "exquisite" by reviewer Maurice Salles.

Other concerts at the festival include Slovak a capella vocal group Fragile, under the leadership of Braňo Kostka (July 29 at 17:00, Old Town Hall courtyard); Lisztiada, a performance of piano works by Franz Liszt by one of Slovakia's leading young pianists, Ladislav Fantzowitz (August 1 at 19:00, Old Town Hall courtyard); and Klezmopolitan, a concert of klezmer music by the World Quintet from Israel (August 2 at 19:00, Main Square).

"A whole set of other goals come with this festival," Drlička told the Spectator. "It's a revival of classical music in Slovakia and a quality event in the centre of Bratislava, a city that I love. It also gives opportunities to young artists, discovers unknown talents, and convinces sponsors that this is a better way to spend their money than on reality TV shows."

What: Viva Musica! Festival
When: July 26-August 3
Where: Main Square and Courtyard of the Old Town Hall, Bratislava
Tickets: Free for concerts on the Main Square; Sk150 for concerts in the courtyard
For more information, visit www.vivamusica.sk (in Slovak only).