MEETING a 10-percent limit on the number of rejected tourist visa applications to the United States is not a hardship for Slovakia or any other EU country, according to Slovakia's Ambassador to the United States, Rastislav Káčer, the SITA newswire reported on July 30. 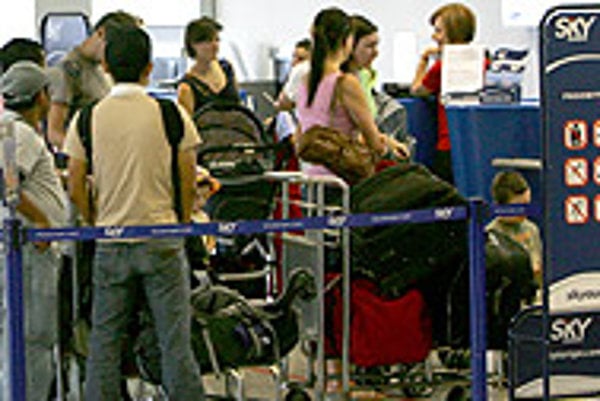 Font size:A-|A+  Comments disabled
MEETING a 10-percent limit on the number of rejected tourist visa applications to the United States is not a hardship for Slovakia or any other EU country, according to Slovakia's Ambassador to the United States, Rastislav Káčer, the SITA newswire reported on July 30.

A new US law will change the limit on rejected visa applications for the new EU member states from three percent to 10 percent. Countries that do not exceed the limit will be included into the US visa-waiver regime.

However, out of all the new EU member states, only the Czech Republic and Estonia have met this requirement. Last year, Slovakia had about 12 percent of its visa applications rejected. Nonetheless, Foreign Minister Ján Kubiš is still optimistic about Slovakia's chances of entering the visa-free programme.

"We just want to hope that with these dynamics, we can really reach an agreement about getting into the visa-free regime within a year or two," Kubiš said in March.

"This requirement, included in the new US visa-free programme approved by the US Congress, is only an alternative way of determining how ready a country is to enter the programme," Káčer said.

Another criterion is the percentage of people who stay in the United States after their visas expire. Though this requirement has not been set, Slovakia would not have any problems with this criterion, the Slovak Ministry of Foreign Affairs has said.

Former Slovak ambassador to the United States Martin Bútora considers the law to be a sign of progress because, as he told The Slovak Spectator, the previous cap on rejected visa applications was only three percent and now it has been raised to a more reachable 10 percent.

"On the other hand, I don't think this is quite what these new NATO and EU member states expected," Bútora told The Slovak Spectator. "In one of the initial drafts, it was said that the number of applications refused would not be taken into consideration and the safety criteria would be the most important. The safety criteria stayed in the end and the United States will introduce biometric passports not only for our citizens, but also for those of older EU and NATO member countries. But in the end the refused-applications criterion stayed as well and thus the new NATO members' efforts to convince the United States not to discriminate among the countries was failed."

According to Bútora, Slovakia and the United States are partners and should have an equal relationship.

"[However], I do not think this is happening when it comes to the visa requirement, Bútora told The Slovak Spectator. "Besides, I would think that it would be important for the US that citizens of other countries change their opinion about the US. The commonly-held opinion is often not the best because of the war in Iraq and some Hollywood films.

"The best way to improve the country's image is to let people travel to the US and see that the it's a greatly inspiring country."

The European Union requires that the United States treat new NATO and EU members the same as they treat the older ones. Euro-commissioner for Justice Franco Frantini said on July 30 that the European Union could not tolerate discrimination against the citizens of certain member countries anymore, where the US visa regime is concerned.

"We cannot further tolerate the unacceptable separation of countries into 'first-class' and 'second-class'," Frantini said.

Diana Štrofová, the state secretary of the Slovak Foreign Ministry, said the fact that the new US law received so much support in both houses of Congress makes the new legislation another step towards making visa-free travel to the United States more secure and accessible.

The law was passed by the House of Representatives with 371 votes in favour and 40 against, and in the Senate with 85 in favour and eight against. The law still has to be approved by US President Bush before it comes into effect, but analysts do not expect Bush to veto the law.