Lowest earners will get more

EMPLOYERS in Slovakia will soon have to pay at least Sk8,100 (€242) a month to their employees, as a result of a long-expected agreement between the cabinet, trade unions and employers.
The tripartite agreed to boost the Sk7,600 (€227) monthly minimum wage by Sk500 and also said yes to the initial outline of a set the rules for determining the minimum wage rate in future. 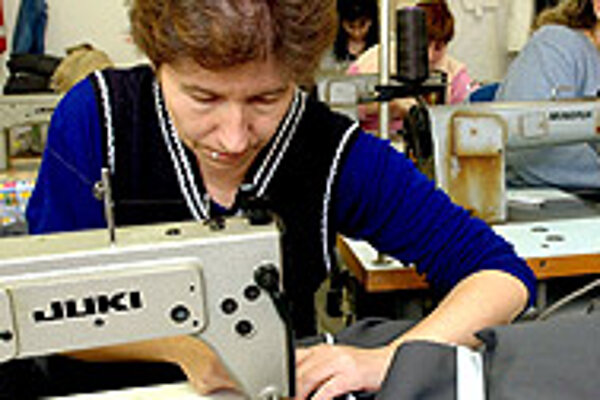 Font size:A-|A+0
EMPLOYERS in Slovakia will soon have to pay at least Sk8,100 (€242) a month to their employees, as a result of a long-expected agreement between the cabinet, trade unions and employers.

The tripartite agreed to boost the Sk7,600 (€227) monthly minimum wage by Sk500 and also said yes to the initial outline of a set the rules for determining the minimum wage rate in future.

The Labour Ministry said it hopes to have the bill approved by parliament and signed by the president by January 2008.

The National Union of Employers (RÚZ) said the agreement is advantageous for the business environment because it sets clear rules and allows businesses to predict increases to the minimum wage. The trade unions are satisfied with the deal, as well.

"The agreement was a compromise of all the social partners," Vladimír Mojš, the Confederation of Trade Unions' vice-president for economic policy and social partnership, told The Slovak Spectator.

The minimum wage will still require an agreement between the social partners: the trade unions and the employers.

As of October 2007, only 1.5 percent of employees in Slovakia will be influenced by the change, according to the Labour Ministry. They could either see their wage increased or be laid off, because their employer will find them too expensive.

The minimum wage also is the basis for calculating payroll taxes in Slovakia.

"Certainly, there will be a mild increase in payroll taxes," Mojš told The Slovak Spectator.

But he does not think the legislation will have a dramatic impact on the business environment, he said.

However, the change will affect about 400,000 people who will pay higher payroll taxes, the Hospodárske Noviny business daily wrote. For that reason, the Slovak Tradesmen Union is thus concerned about the changes. Union president Peter Masár warned that the minimum wage has risen by Sk1,200 (€36) over the past two years.

"More than half of the tradespeople in Slovakia pay payroll taxes from the minimum wage," Viola Kromerová, General Secretary of the Slovak Tradesmen Union, told The Slovak Spectator. "They will see their payroll taxes rise, though we keep calling for the burden to be eased. The tradesmen simply have to pay these payroll taxes regardless of whether their business is successful or not."

"The state gains the most by increasing the minimum wage," she added.However, the new rules should reduce the possibility of political decisions about the minimum wage, according to the trade unions.

"The previous rules were based on negotiations between the social partners about the growth rate of the minimum wage, and when they failed to agree - which in recent history was the case 99 percent of the time - the cabinet set the rate," Mojš said.

Mojš said it is too early to predict whether the draft will have enough political support.

The amendment originally allowed a lower minimum wage than the rate set by the government in individual industries if there was an agreement between the social partners. However, employers gave up this requirement for wage differentiation, the SITA newswire wrote.